V Rising, this all-new open-world survival game has made a great first impression on most of the players. The game basically features a world where you wake up as a zombie after having been in sleep for centuries. Your work here is to hunt for blood to regain your strength and gain more allies to rule over the living. And as such, you have to go on battling against a ton of enemies and many super-powerful bosses. As a result, you will eventually feel the need for more powerful weapons to complete your tasks and advance further in the game.

Fortunately, V Rising provides you with just the right set of weapons that are enough to lead you towards your victory. The best thing about it is that you cannot measure the weapons based on their strengths. V Rising features an almost similar level of power and strength to all its weapons. In other words, depending on your playstyle, you can select any weapon of your choice and keep advancing without lagging out. However, considering their speed, skills, and a few more factors, some of the weapons seem more viable than the others.

With that said, we have brought a tier list of the best weapons in V Rising. These weapons will provide you with an upper hand in any battle without any doubt. 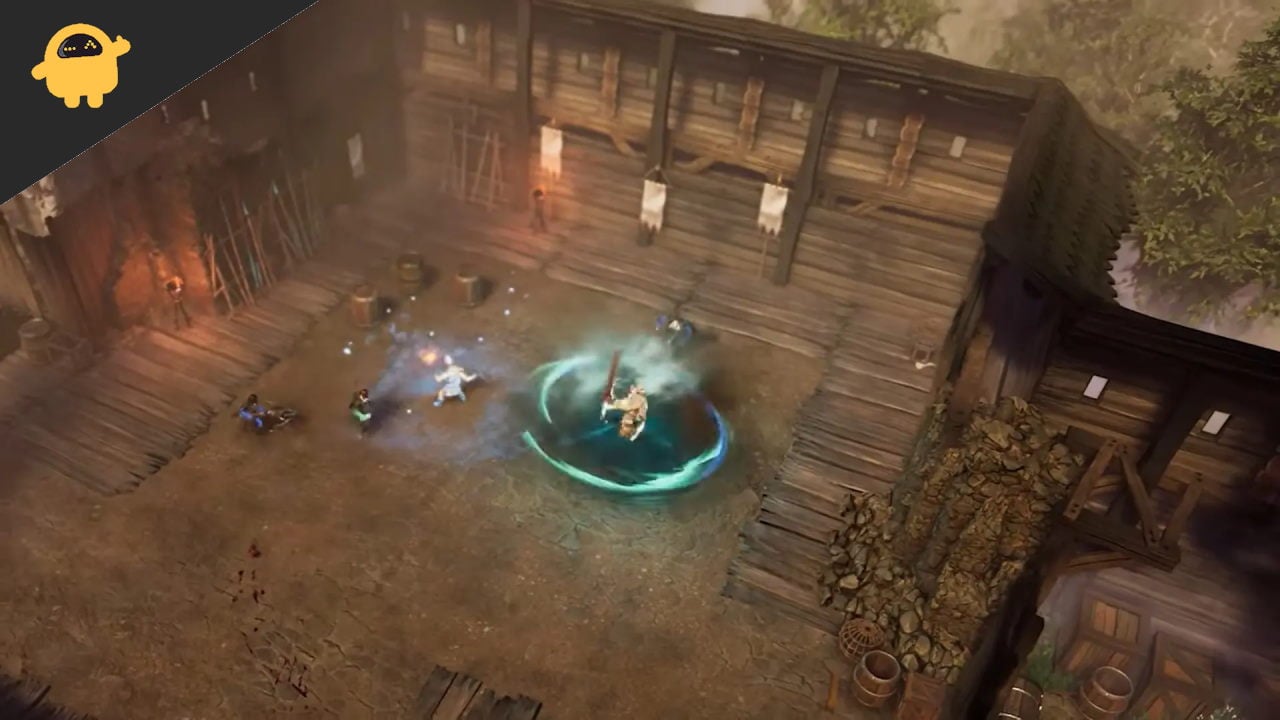 Before we begin, you should know that V Rising provides you with a total of 7 different weapons throughout the game. You will receive 1 long-ranged weapon and 6 different melee weapons. Each of these weapons comes with certain specialties that add to their uniqueness. Besides, if you could master the attack combo with any of these weapons, you can consider sticking with it for the rest of the time as well. Below are all the best weapons in v Rising that you will love to check out. 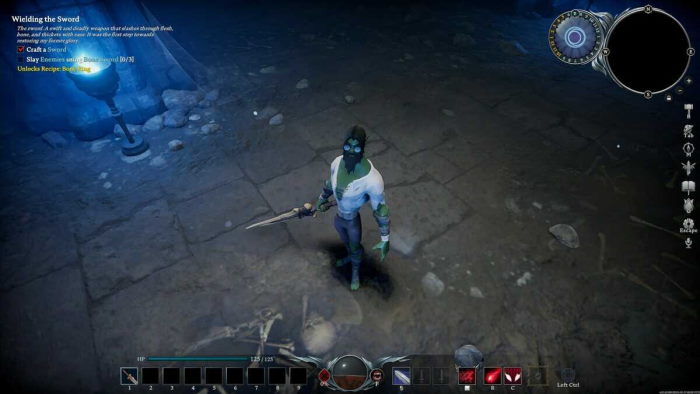 If we are to measure the abilities of the weapons in V Rising, Swords are definitely the first choice to make. As a melee weapon, it is fast-paced that can land quick attacks on the enemies. The damage rate of swords is also more significant than most other melee weapons on the list. Moreover, it is not only useful for attacking but can also work as a great shield at necessity. The powerful shockwaves that the swords produce allow you to dodge enemy attacks quite comfortably while dealing considerable damage to enemies.

Apart from that, the whirlwind skill lets you slash any enemy while spinning around in style. Although the damage dealt is half the damage done by a shockwave. It is still a handy one to land critical strikes dealing a 35% damage every 0.25 seconds. Moreover, the swords specialize in Vegetation dealing a 25% damage boost to all plant life. 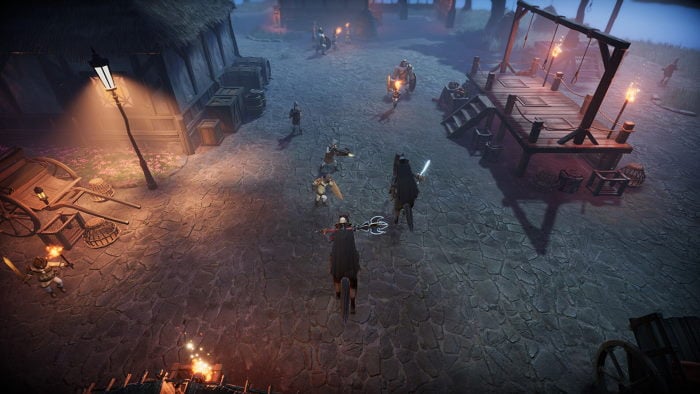 Coming to the next best weapon in V Rising, Spear surely lacks the potential of that of a sword. However, it focuses on fast attacking and taking down single enemies instantly. The Spear specializes in killing creatures providing a 25% extra damage boost. With its Thousand Spears skill, it is able to release multi-stab attacks dealing a heft 30% damage over 8 times. This sure is a lot of damage in a single strike.

Moreover, the harpoon skill simply makes things a bit easier for you. It allows you to hunt for enemies and kill them with a spear throw. Each throw deals 70% damage to the enemies while pulling them towards you at the same time. Hence, if you have a more attacking playstyle, this is definitely the perfect one to go with, especially in the early games.

The best thing about axes is that it is a dual-wield weapon. Hence, it offers more flexibility while taking down enemies. Besides, both its abilities allow it to make significant critical attacks dealing massive damage to the enemies. To begin with, being a dual-wield weapon, Axes are mostly used to chop down trees. Plus, its Frenzy skill allows it to dash forward and completely wipe out the first enemy dealing 100% damage. It also increases your attack speed by 30% and mobility by 25% for a time period of 0.8seconds.

Although the given time may sound very little, if used properly, it can deal massive damage at crucial times. Apart from that, the X-Strike is equally powerful and a stylish move to go with. It lets you throw both the axes in a cross direction making the move look like an X. With this move, each hit can deal up to 85% damage and even slow the enemy for 1.5 seconds. Moreover, at the central point where both the axes meet while making the X, it freezes the enemy for around 2seconds. If both these abilities are used precisely, they can be an ultimate move to go with. 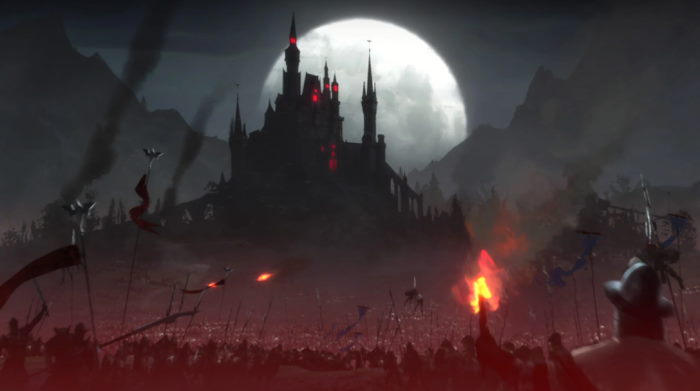 The Mace has the highest attacking combo allowing it to make the hardest hit in V Rising. This tank-like weapon is so powerful and with its specialty in Mining, it is considered the best choice for obtaining minerals like iron. The smack ability allows it to deal 50% damage to enemies and thus prevents them from attacking for 1.2seconds. Additionally, if you hit it on the ground, it deals another 110% damage which is absolutely a big number. Even with such massive damage, Mace is relatively much slower which is a big disadvantage for a melee weapon. 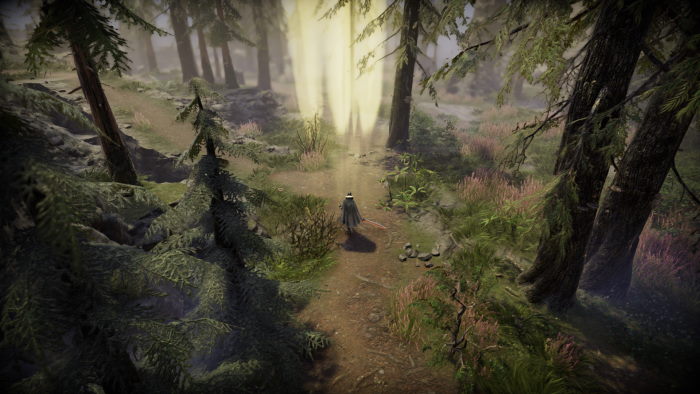 Unlike the previous weapons, the Reaper doesn’t have any specialty. Even so, it is much like the Mace, another hard-hitting weapon that deals wholesome damage to enemies. First of all, its Tendon Swing ability lets Reaper deal 125% physical damage to all nearby enemies. This is indeed the strongest attack by any weapon in V Rising. In addition to that, the howling reaper skill allows you to throw a howling reaper that deals another 20% damage and slows down enemies for 1.25 seconds at its initial projectile. 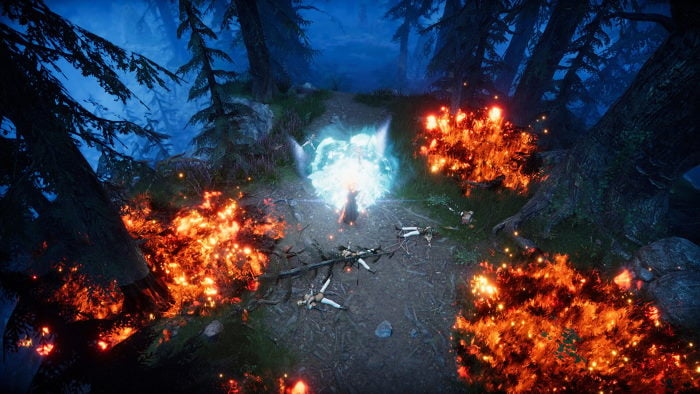 Next up is Slasher, a dagger-like melee weapon with some eye-catching stats. Unlike Mace or Reaper, Slasher has a low damage rate, however, it has amazing movement speed. Both its skills are of great importance. The Camouflage skill is definitely the key to going with Slasher. It lets you get into a camouflaged state while increasing your mobility by around 25%. During this time, you can make simultaneous attacks dealing decent damage to the enemies and inflicting a 3second pause.

Moreover, the Elusive Strike is another good skill. It allows you to dash forth and back while slashing down your enemies and dealing 60% physical damage. Each hit further incapacitates for around 2 seconds giving you the chance to make your move. 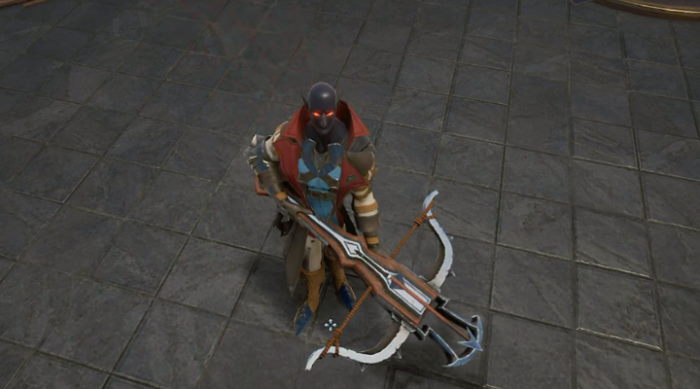 Finally, as a long-ranged weapon, the Crossbow allows you to deal damage to enemies without coming in contact with them. While you have the advantage of the distance, Crossbow hits attacks at a much slower rate. Besides, it also lacks any combo and has the very old load and shoot attacking. But the two of its skills come pretty handily to use and are also useful at times. Firstly, the Rain of Bolts allows you to shoot five bolts in the air and make them rain on your enemies. This attack is undoubtedly a terrifying one as it deals around 40% damage in the specified area.

On the other hand, the snapshot skill fires an intense bolt toward the enemies. Each hit of these bolts damages up to 75% and additionally inflicts an extra 2 seconds which further helps in finding a snare.

As you have seen, although the number of weapons might be low, V Rising has developed each weapon with preciseness. Since the difference between their strength doesn’t stretch long, all these weapons have the potential to help you win any battle. At your initial stage, you can go with a spear without any hesitation. And later as you advance into the game, you will get better options. So, based on your play style, choose the weapon that suits you the most.