2020’s Call of Duty: Black Ops Cold War is one of the popular first-person shooter video games under the COD franchise that has been developed by Treyarch & Raven Software and published by Activision. As the game is out in the market for a couple of years, it seems that the numbers of bugs and error reports are quite high. It’s also worth mentioning that the COD Black Ops Cold War Crashing Error Code 0xc0000005 on the PC is troubling a lot of players.

Whenever players are trying to get into the COD Black Ops Cold War game, they’re getting a fatal error message that says “Unfortunately, the application has unexpectedly stopped working. Trying a ‘Scan and Repair’ might solve the issue. If the problem persists, please reach out to the online support: https://support.activision.com/black-ops-cold-war – Error Code: 0xC0000005 (0x0) N”. It basically indicates repairing installed game files.

Now, if you’re also encountering the same error code 0xc0000005 (0x0) N on the PC while using the Battle.net client, you don’t need to worry about it. The game first crashes with a black screen for the unfortunate players and then a specific error notice appears on the screen which feels frustrating. It’s also worth mentioning that not everyone is facing this error and even not every affected player is able to fix the error by scanning and repairing game files. 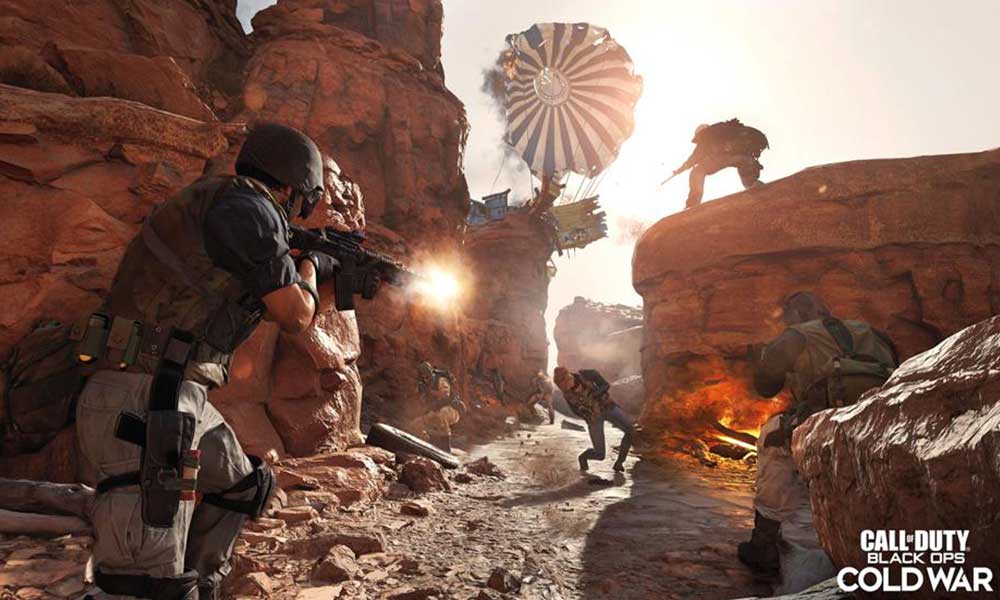 Well, there can be several possible reasons found that may eventually trigger the error code in the Call of Duty Black Ops Cold War game for the PC version. Such as:

Several players have reported about the same on the r/blackopscoldwar subreddit forum. However, as the affected players are only getting this particular error message every time, you should try repairing game files.

We are aware of and investigating crashes, or black screens players may encounter on https://t.co/J7MUwaHJW4 after receiving today's #BlackOpsColdWar update.

Update: An update to @battlenet has been released, which should help resolve this issue. Players are encouraged to perform a Scan and Repair on their installation of #BlackOpsColdWar to get back into action.

Here we’ve shared a couple of possible workarounds below apart from scanning and repairing which might help to resolve the issue. So, without further ado, let’s jump into it.

First of all, you should try scanning and repairing the Call of Duty: Black Ops Cold War game files on your PC by following the steps below. Sometimes issues with the missing or corrupted game files on the PC may trouble you a lot to launch the game properly.

It’s highly recommended to check for the game updates on the PC by following the steps below. If you’re using an outdated game patch version for a while then the chances are high that any bug is troubling you.

You should also check for the graphics driver update on the PC by following the steps below to ensure there is no outdated GPU driver troubling you. An outdated graphics driver might be going to conflict with the game launching in most cases.

If there is no update available on the PC then make sure to visit the official manufacturer website of the graphics card and manually grab the latest version. Search for the particular graphics card model by the following links.

An outdated Windows version or build number can eventually cause several issues with bugs and stability that users might not expect at all. It’s better to check for Windows updates manually by following the steps below.

The chances are high that performing a clean boot of the system may fix several issues with the application performance and game launching. Some programs or services may run in the background without your intent right from the Windows system boot-up. Those apps or services consume a lot of system resources, bandwidth, etc which can eventually affect the foreground performance of apps or games. To clean boot the system:

This specific error may also occur due to a hardware fault something like corrupted RAM. It’s also worth mentioning to check for the Windows Memory Diagnostic Test manually by following the steps below to ensure there is no issue with the RAM on your computer.

If none of the methods worked for you then make sure to uninstall and reinstall the COD: Black Ops Cold War game on the PC by following the steps below. It’s better to reinstall the game to clear out any potential glitches or game file issues to avoid launching issues or errors.

As a bonus tip, it’s highly recommended to try changing or upgrading the physical RAM on your computer manually to check if the problem is still bothering you or not. Sometimes insufficient RAM space or incompatible one can trouble in running hardcore programs. You should use at least 8GB of RAM minimum to run a game these days. Otherwise, you can use 16GB of higher RAM in two sticks for dual-channel to make it future-proof.