Bloodline: Heroes of Lithos is an unconventional game where you collect people from various lineages and clans. It will determine the characteristics that they possess in terms of their abilities. Rather than summoning the greatest characters directly via the mechanism, this is mostly a game about making alliances and passing on your legacy to future generations. As a result, you will eventually want to marry the powerful units on your team to produce more powerful children for your teams, even if you already have great troops. And even if the wedding ceremony will result in the couple’s parents no longer being a part of your organization in any capacity, the fact that their offspring will have the potential to be significantly more powerful invests more than worthwhile.

Because there are no “champions” in this game, making a standard tier list is quite difficult to do in this game. It is because there are no specific champions that you may earn. You have the option of recruiting characters from a variety of families, which will define the characteristics they possess. While this is going on, their overall power will be based on their level and star rank. In any case, their utmost potential will also be determined by the family they belong to, seeing as how some have a bigger power limit when they reach their greatest level than others. 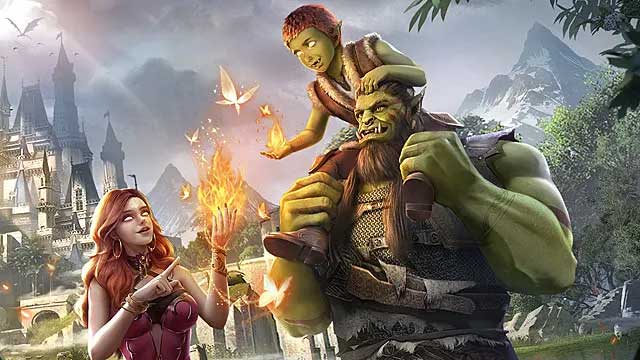 With that out of the way, in this Bloodline: Heroes of Lithas tier list, we’ll be talking about the greatest clans in the game and the clans that you should be working hard to join and advance within throughout your time spent playing this game.

These are the clans that have been given the highest power ratings, and as a result, they have the potential to produce the best characters that they can find in the game.

Clans of the A Tier Clans are not quite as powerful as those of the preceding tier, but they nevertheless have the potential to be a force to be reckoned with on the battlefield.

These are clans that, despite not having anything inherently wrong with them, you will want to replace as soon as you have stronger champions. However, if you acquire a few champions of these families with a high rarity, don’t be afraid to add them to your squad immediately so that you may have a head start on the competition.

It would help if you avoided clans at all costs, either because they have poor statistics, because their abilities aren’t very excellent, or possibly even a mix of the two factors.

Remember that this ranking was determined by the clan’s most powerful abilities and traits. However, as the game develops and players become more engaged in theory-crafting, players may discover improved team compositions and synergies that excel in both player vs. environment and player versus player gameplay. As a result of this, you may anticipate changes to both the meta and the tier lists. Nevertheless, if you play Bloodline: Heroes of Lithas, you should be able to get a good notion of what to search for, thanks to this tier list. Leave a comment below telling us what you think about this topic.