In this guide, we will look at all the bosses and legendary weapons locations in Borderlands 3 Bounty of Blood DLC.

The loot pool in Blood DLC is something special as unlike the previous DLC’s, here there are only guns and plenty of it! No type of grenades, shields, special artifact items, character mods, or anything else.

All the major bosses can found spread across different locations on Gehenna. In each location, there is a specific boss and a set of legendary loot available.

These are the known locations for bosses in Bounty of Blood DLC:

Here you will find images that will help you with the location, along with that we have described the loot you will get in return.

Here is a list of all the bosses in Ashfall Peaks and their loot: 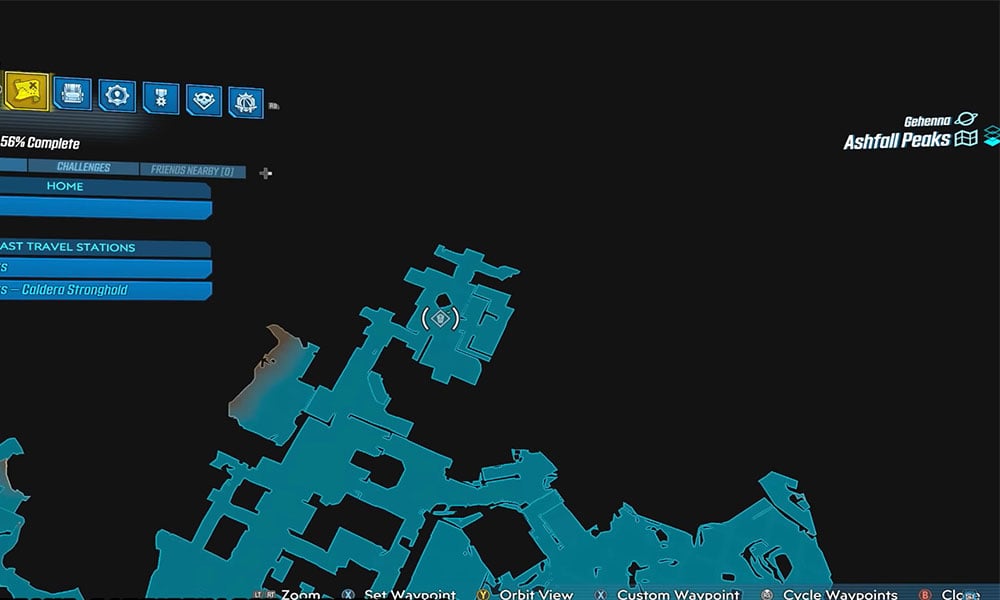 This shotgun has a pretty decent stat, and what makes it special is that when it is airborne, there is a significant increase in accuracy and handling up to 75%.  With each critical hit that lands, a bullet will return to the current mag, and the other bullet will deflect and strike another enemy opponent. 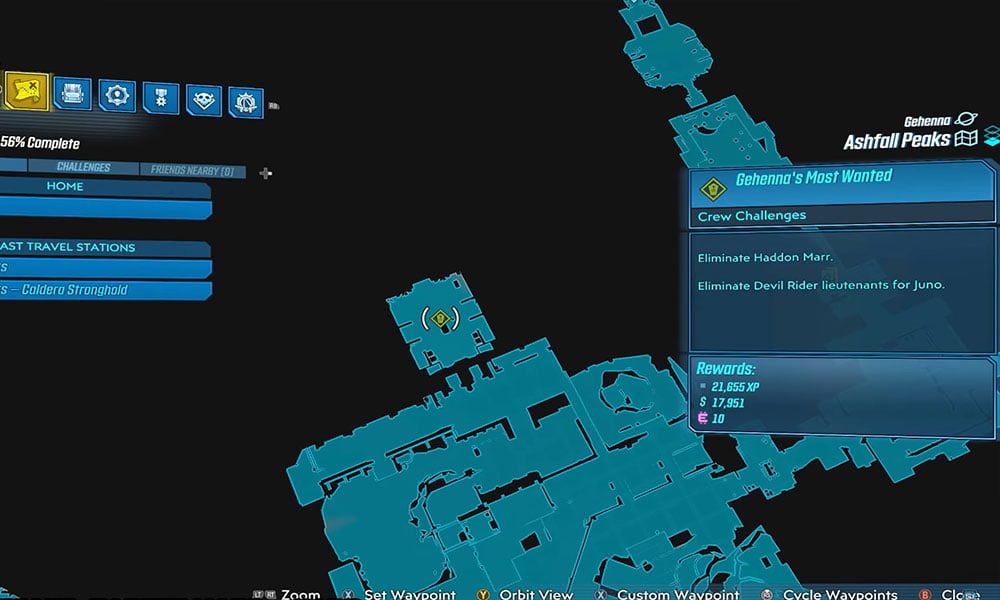 This sniper rifle can deliver damage up to 200%, and the next mag will receive a bonus from the remaining previous one. 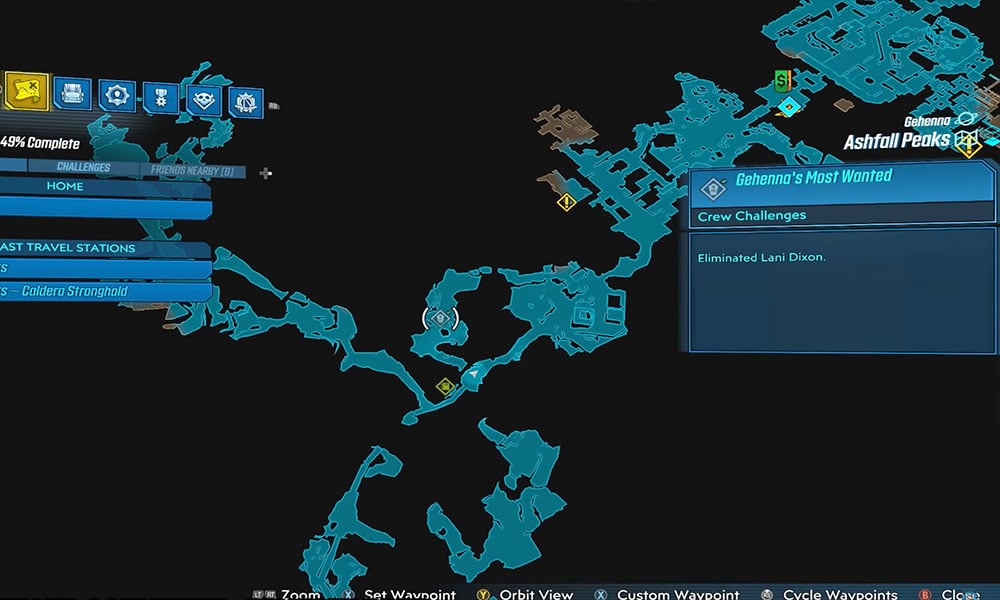 This sniper rifle has over 10,000 damage along with one of the best handling and accuracy. It can deliver an additional 100% damage for a short time against enemies when used as an Anointed beastmaster weapon. For icing on the cake, the Complex Root Sniper rifle can also pack radiation damage. 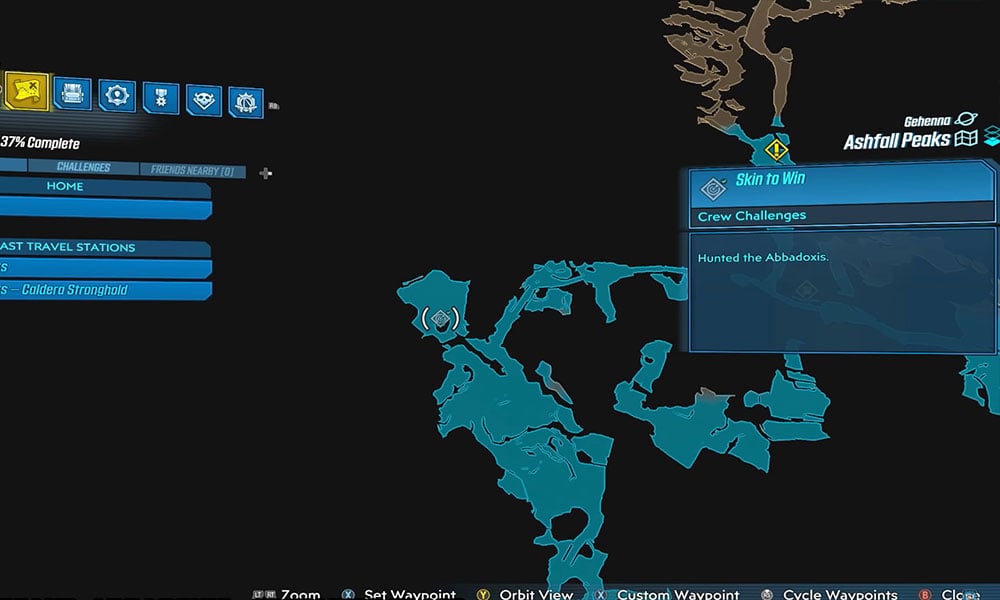 The double-penetrating contained blast assault rifle can deliver 4400 damage and has impressive accuracy and handling metrics. Along with the ability to be an Anointed weapon, and it can also shoot small explosives. 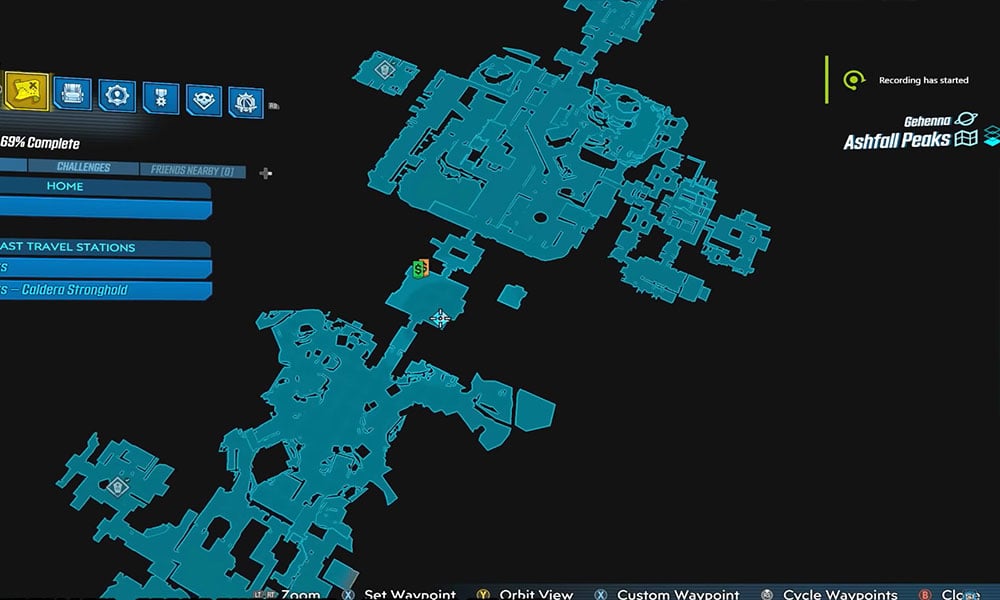 This assault rifle has moderate accuracy and handling performance but makes up for it with its 7800 damage and ability to increase its fire rate up to 30% when used in air.

Here is a list of all the bosses in Obsidian Forest and their loot: 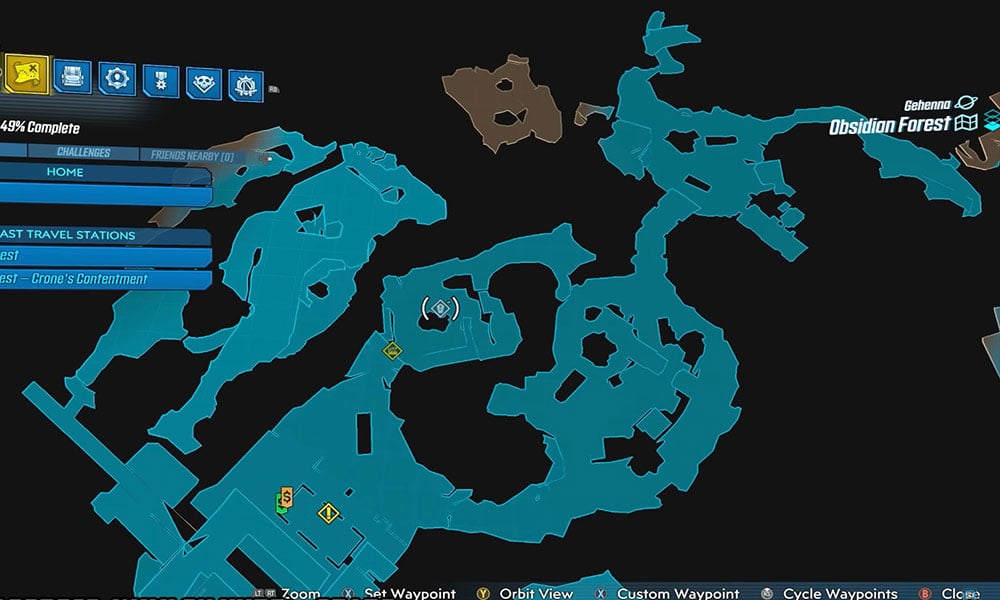 The Cocky Spade Shotgun has an impressive accuracy rate, given its bulky appearance. It can deliver 5×3663 damage and also comes with Gyrojets that can set sticky bombs once it passes through. With each critical hit, the nova generated is close to 500% of the original status damage. 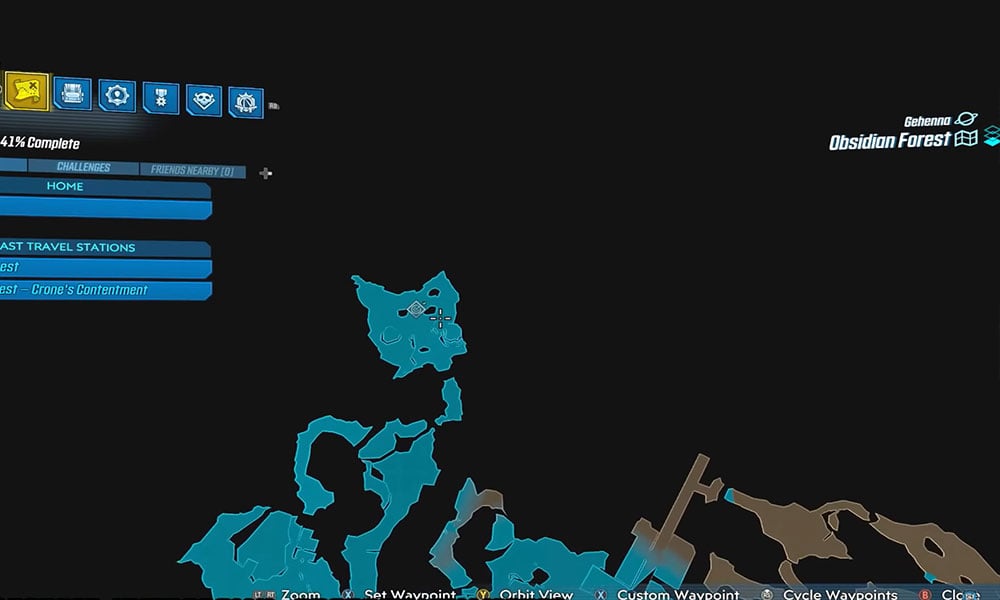 The Hyperion Proprietary License SMG has very fast reloading speed and can impact over 2000 damage. What makes this weapon special is its ability to trigger a cyber-spike against nearby enemies after each action skill. 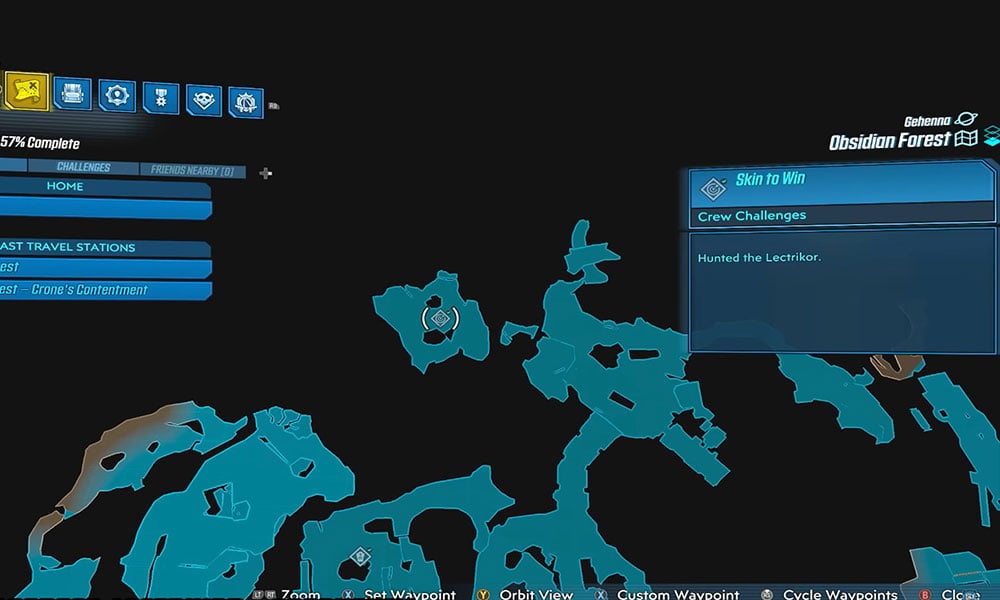 This shotgun can be used as an Anointed weapon and can fire projectiles capable of dealing some serious damage. Also, when it is airborne, there is a significant increase in accuracy and handling by 75%. 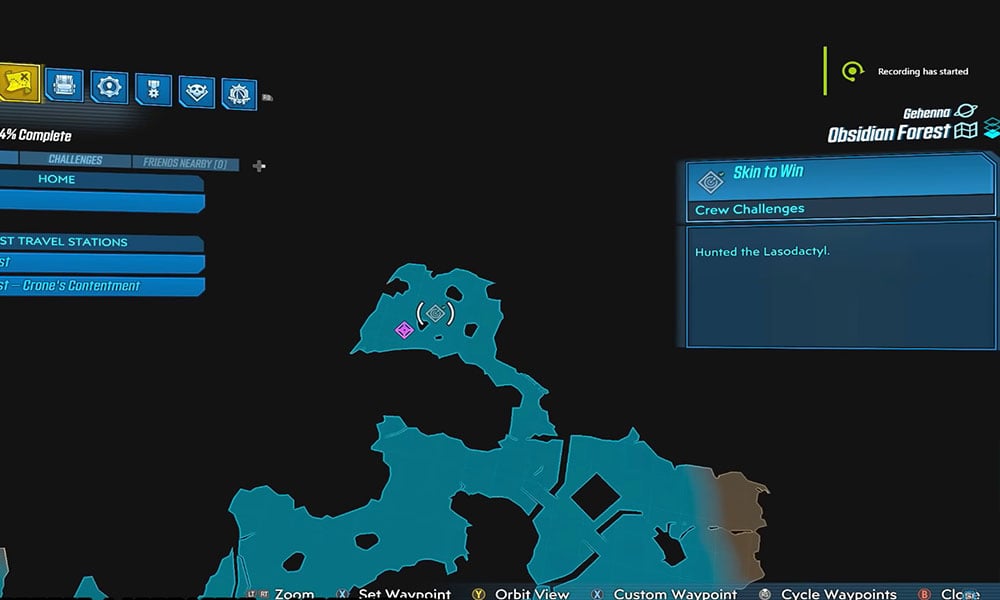 The Nuclear Light Show Pistol can be used as an Anointed weapon; however, it has a poor reload speed but comes with very high damage stats along with high accuracy. What makes this weapon special is its ability to increase weapon damage up to 100% after each action skill.

Here is a list of all the bosses in Bloodsun Canyon and their loot: 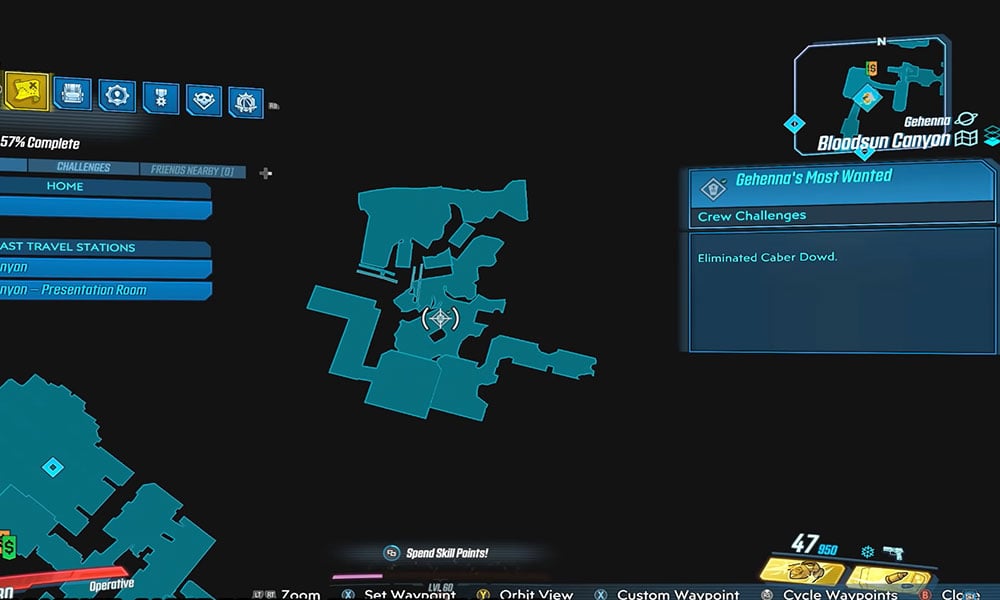 This pistol is one of the most powerful pistols currently available, as it is basically a mini-rocket launcher with a moderate reload speed of 2.5 seconds. It can be used as an Anointed weapon and can deliver increased damage by 50% when enemy health is less than or equal to 25%. 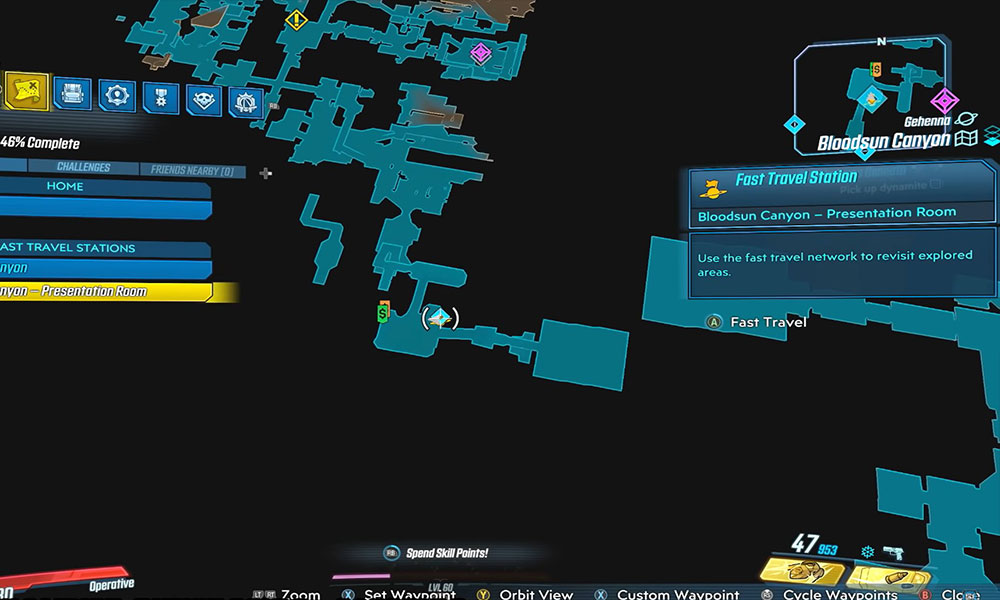 This pistol has a much slower reload speed of 3.5 seconds but can be used as an SMG. It can deliver damage 3×2569 and can easily go up to 49 shots. Damage can be increased by over 250% for a limited period when Phasecast is applied. 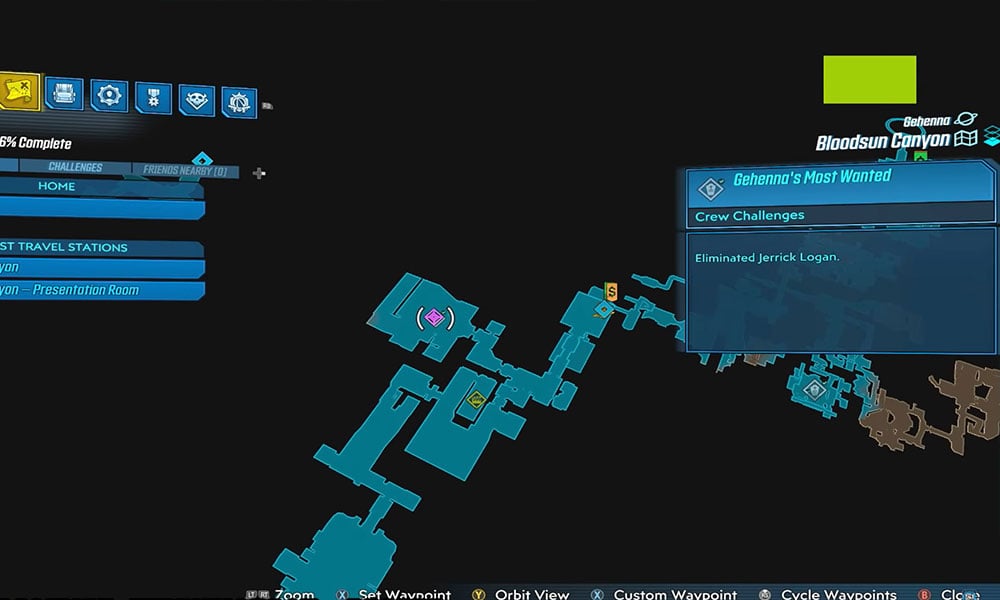 The superfluous Beacon Pistol is another good contender is the best pistol’s list as it can deliver damage of 5347 and has really good accuracy and handling. Its specialty skill is that with each consecutive hit, the damage goes up by 1%. It can be used as an Anointed weapon and upon reading triggers a nova based on the standing element damage. 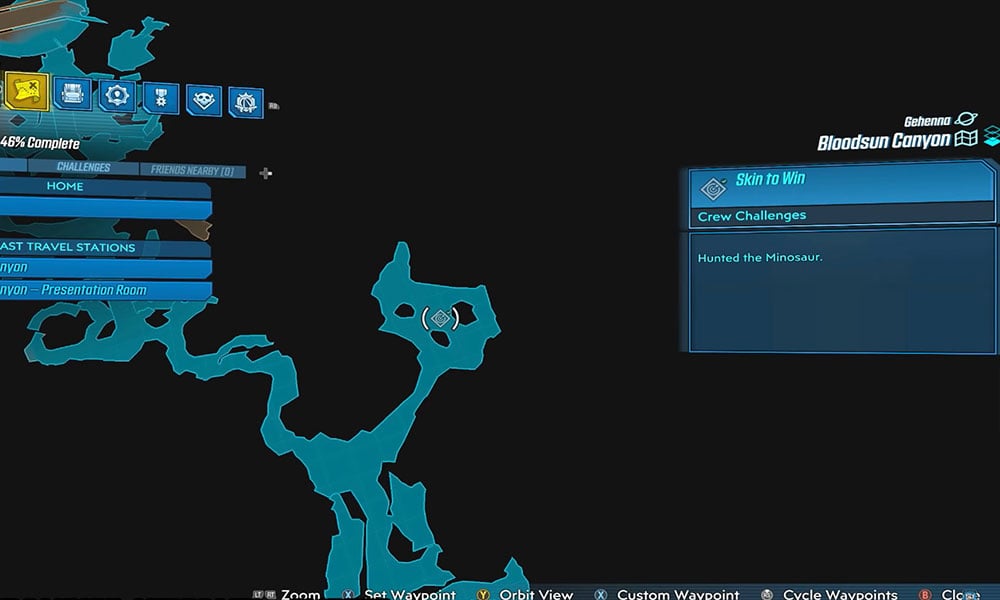 The Sublime Flipper SMG is a fairly powerful weapon that can be used as an Anointed weapon. Fire rate can be increased per 9% along with reloading speed by 23% when SNTNL is on. This SMG is one of the few weapons that can actively switch between different damage types. What makes this SMG special is that its shots are actually split-up beams that can cause serious damage when fired consecutively. 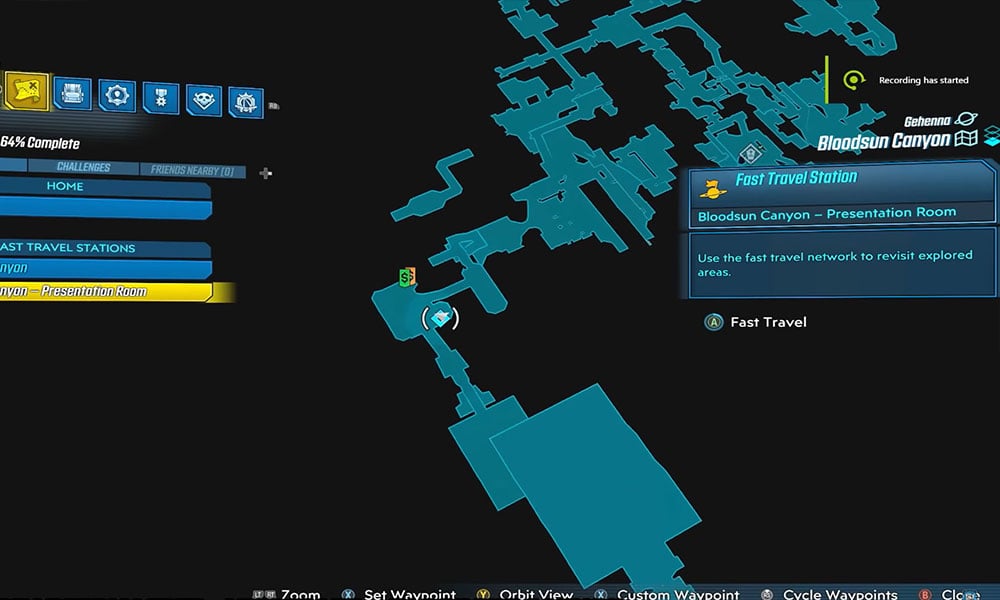 The Swift Miscreant pistol shares a lot of its stats with other weapons that have moderate handling and accuracy. However, it is one that is best to be used for short-range combats as it can increase the damage over 50% when used while sliding. It mimics the firing mechanism of an assault rifle as it has both single and double barrel mode. For a relatively small weapon, it can fire little rockets that make it powerful.

Here is a list of all the bosses in The Blasplains and their loot: 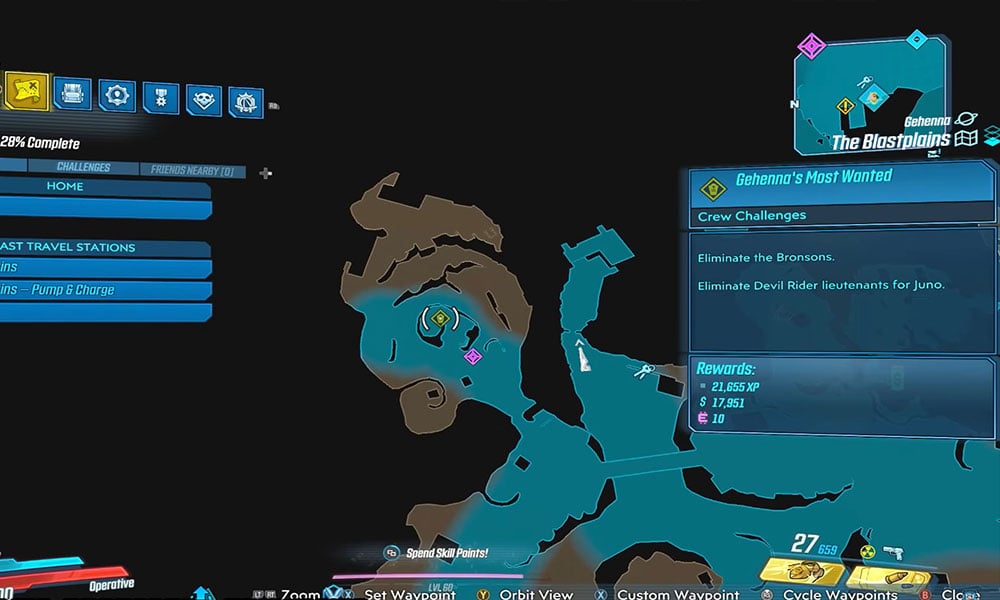 The Unlimited Brightside Shotgun packs a very powerful punch with equally fast reload speed. However, its only drawback is its accuracy. It does not use up ammo when fired against a crit along with the ability of an Anointed weapon. Each time an action skill is used, the upcoming magazine will deliver 100% additional damage. 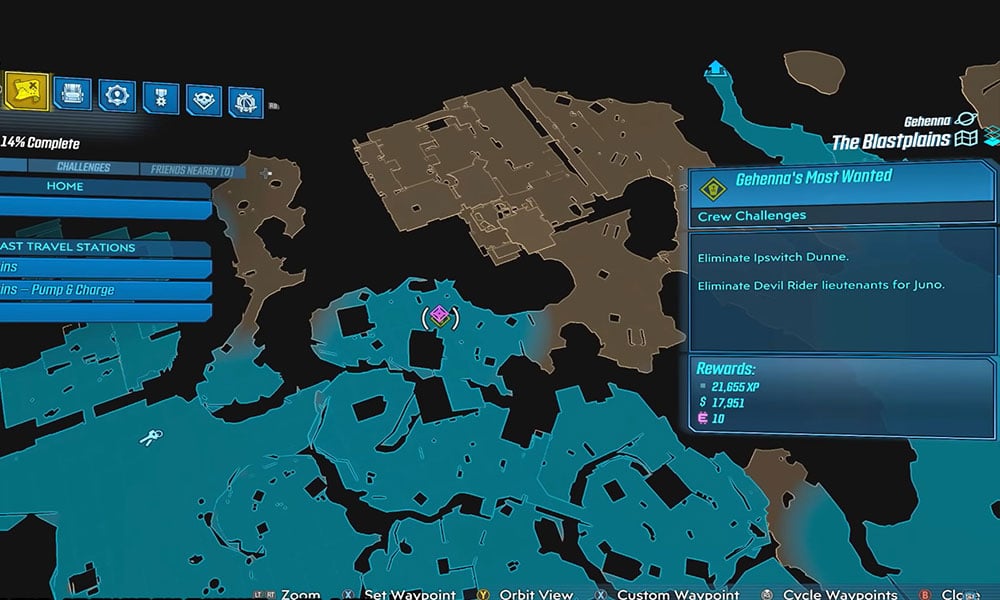 The Blanc Pistol can be placed alongside the likes of the Beacon Pistol for one of the best pistols in the game. It is capable of stacking damage up to 10 times, and with each action skill, the next magazines can pack an additional 100% damage. There is an additional 35% damage when firing modes are switched. 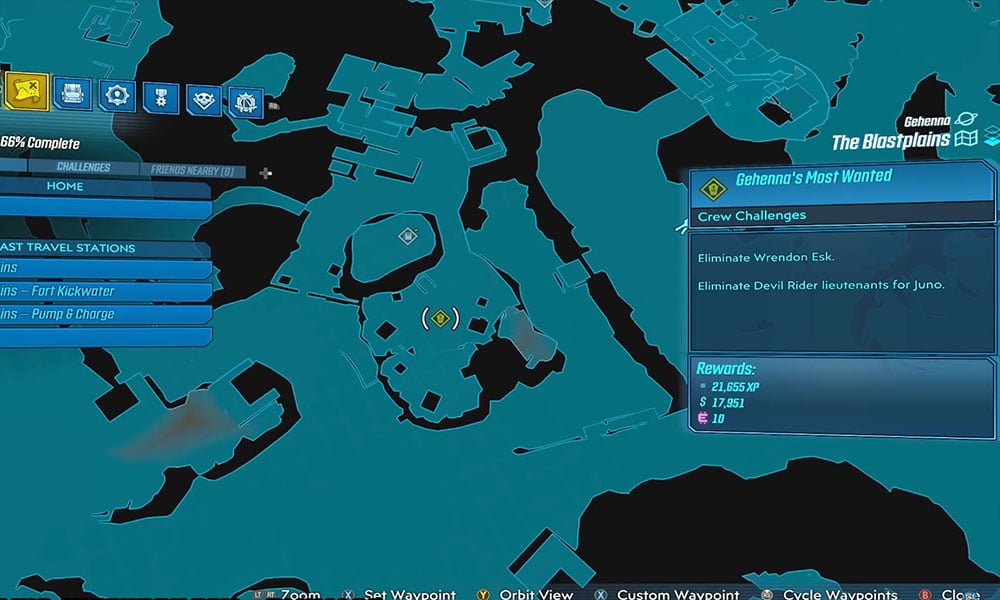 The Plumage Rocket Launcher is one of the bigger legendary weapons that can deal very high damage. It can increase its fire rate by 25% when sliding along with the ability to be an Anointed weapon. It is capable of firing a grenade for immediate damage and follow it up with rockets around the damaged areas. But all of this comes at the cost of poor accuracy. 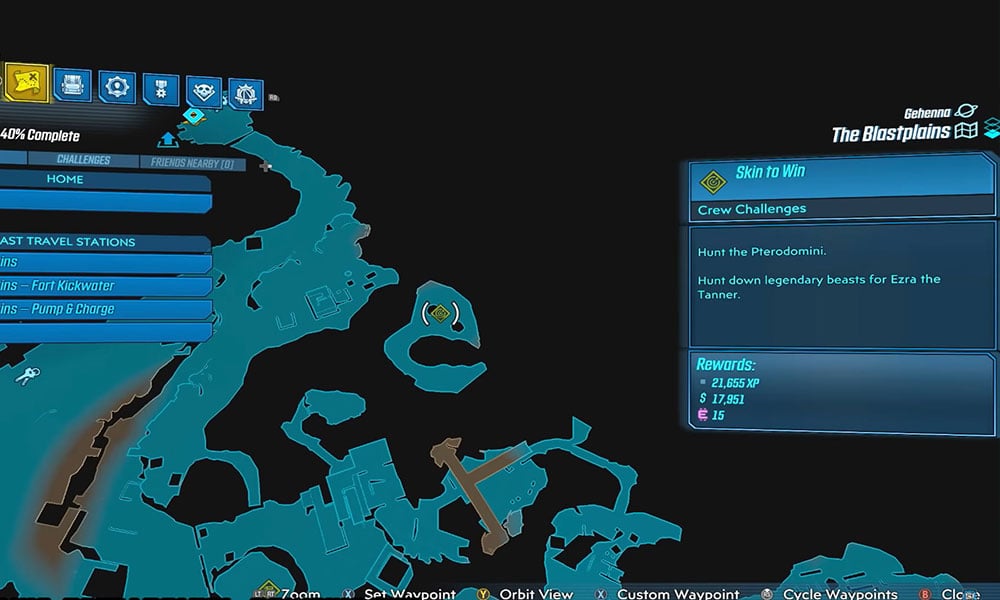 The Dowsing Rod Assault rifle has fairly moderate stats like other assault rifles. When using Fadeaway, there will be a significant improvement in handling and accuracy. However, this assault rifle is capable of launching grenades via auto-fire mode. 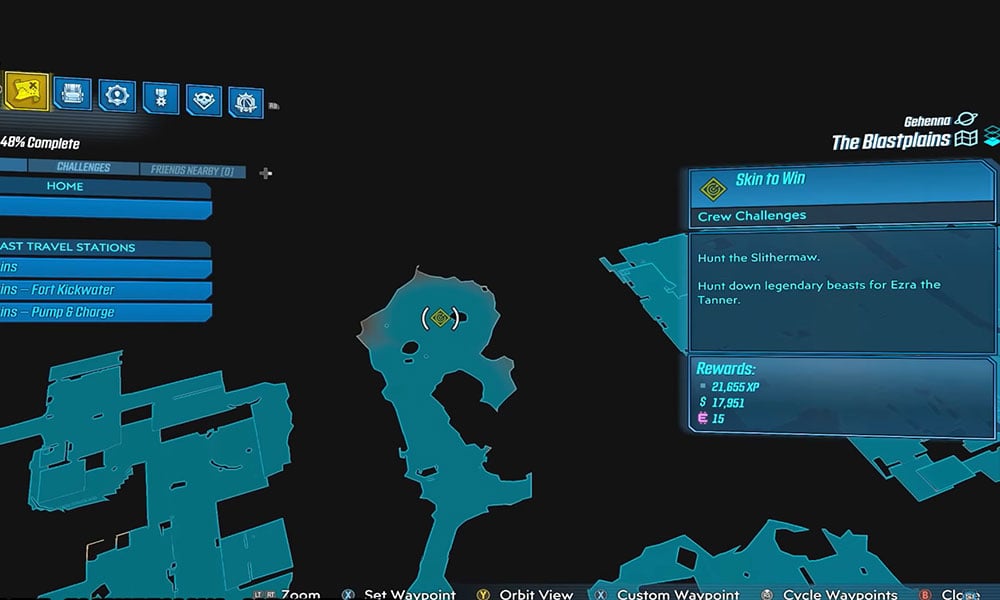 The Firesale Mother Too SMG does not have impressive stats like the Hyperion License SMG as its damage lies close to 1800 only. But, it is a very useful weapon against flesh and can increase damage by 40% when used while sliding. What makes this SMG special is that each time it reloads, it throws a ball that fires a laser around nearby enemy opponents. 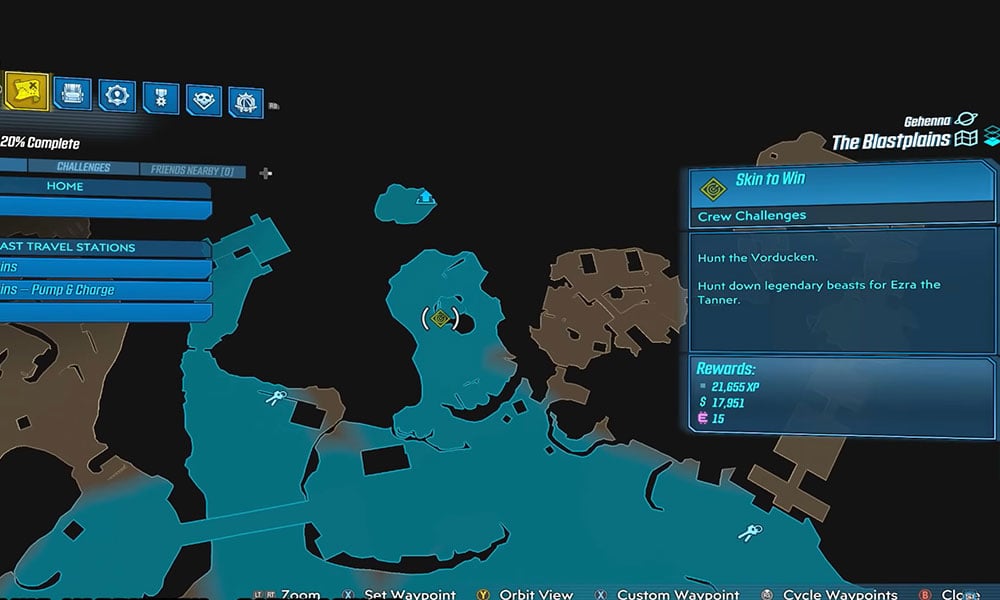 The Satisfaction Rocket Launches is another big weapon that has impressive stats for its size and is also an Anointed weapon. With a 50% accuracy and a 4 second reload speed. With each consecutive hit, it can increase damage by 1%.

This is the final boss in Gehenna: 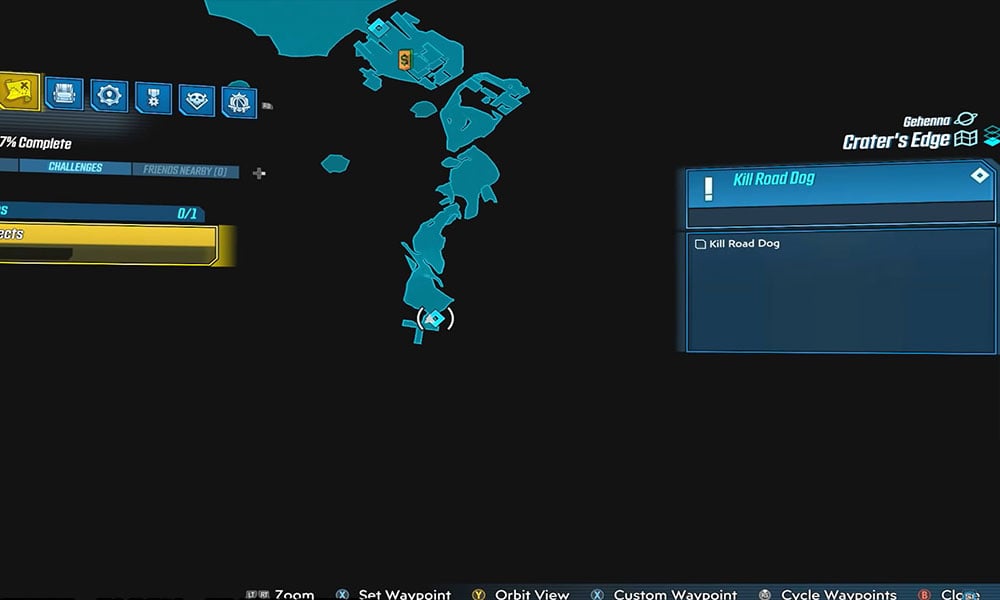 The Bloom Jacob Pistol is one of the best pistols as it can deliver 9700 damage with a very responsive reload time. It can increase its damage by 200% when an action skill is active. Holding down on the trigger of this pistol will go into burst-mode.

That’s all we have for Borderlands 3: Bounty of Blood weapon and boss locations. We hope you liked this guide. Now don’t forget to check out our other Wallpapers, Windows Guides, Gaming Guides, Social Media, iPhone Tricks, and Android Tricks for more guides. Subscribing to our YouTube Channel will help you win the $150 giveaway contest. If you have any doubts or feedback, comment down below with your name along with the e-mail ID, and we will reply shortly. Happy Gaming.