Fallout 76 is online multiplayer role-playing full of action game that is developed by Bethesda Software. It was released on 14th November 2018 for all the major platforms. Including Xbox One, Play Station 4 and most importantly Microsoft Windows. The game when launched was not liked by many of the people but after the update of Wastelanders. The game received critical acclamation and the people like the addition of Non-Playing Characters. Also, new Allies were included in the game.

Now while players are enjoying Fallout 76, some of then are thinking about items like a Bow. So we decided to bring a guide on how the players can get a bow and craft it out in the game. Further, the players should remember that they need 300 caps for it. Caps are the in-game currency for Fallout 76. 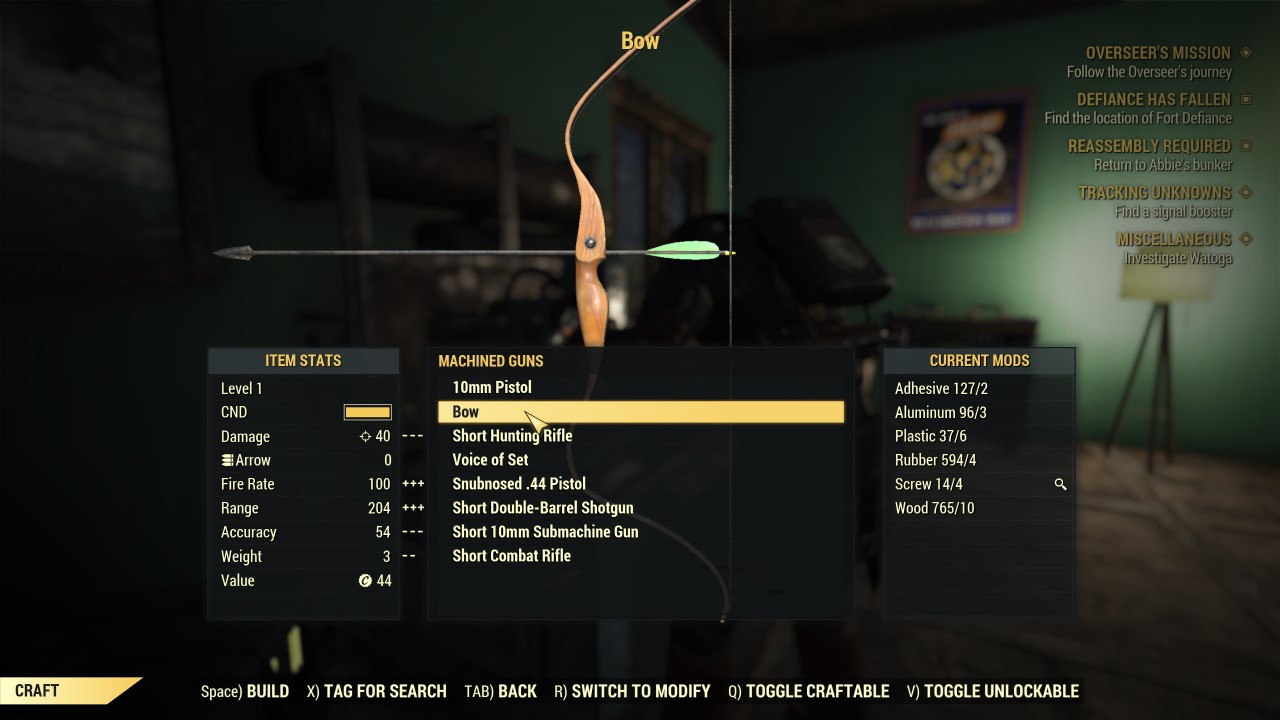 How to Find The Bow and Craft it in Fallout 76?

Now the proper Non-Playing Characters have come around the Fallout 76, and this starts a pretty new questline that takes the players around The Waywards. Now you need to help a bar owner who is also a Duchess. Get her the free radicals and other Enterprising Treasures and again competing a healthy dose of the quest, she will reward you with the Bow recipe.

The quest is accessible to all the new players who complete Vault 76. But the veterans need to return back and talk to the new Non-Playing Characters just outside the vault to start this quest. Now, for the raiders, they can find the quest at the crashed space station in the north. For the settlers, the foundation is located at the south-west in Space Knob.

Here, you will find a weapon vendor as you can buy the blueprint for Bow at 300 caps. If you want a more powerful bow, then you have to reach and high up your level and complete some daily quest there. This will unlock a special vendor in Fallout 76 who will give you a powerful bow compound.

You can now craft Bows from the weapon benches. They are found under the “Machine Gun” list, this might be strange, but it is there. There are exclusive perks for bows with more for the special ones. Do keep in mind that you cannot use Bows when you are equipped with Power Armors. The Bow is a stealth weapon in Fallout 76.