Bugsnax is a world of bugs and insects. Your job is mostly to catch these bugs. The game presents you with various kinds of missions and quests dealing with these creepy bugs. There is a unique catching mechanism for every bug. The mysterious Shelda will present you with a mission that requires you to break one such Bugsnax.

This is a kind of creepy mission that is presented for the first time here in the game. Here is a guide instructing you about how you can crack open these Bugsnaxs. So let’s get started. 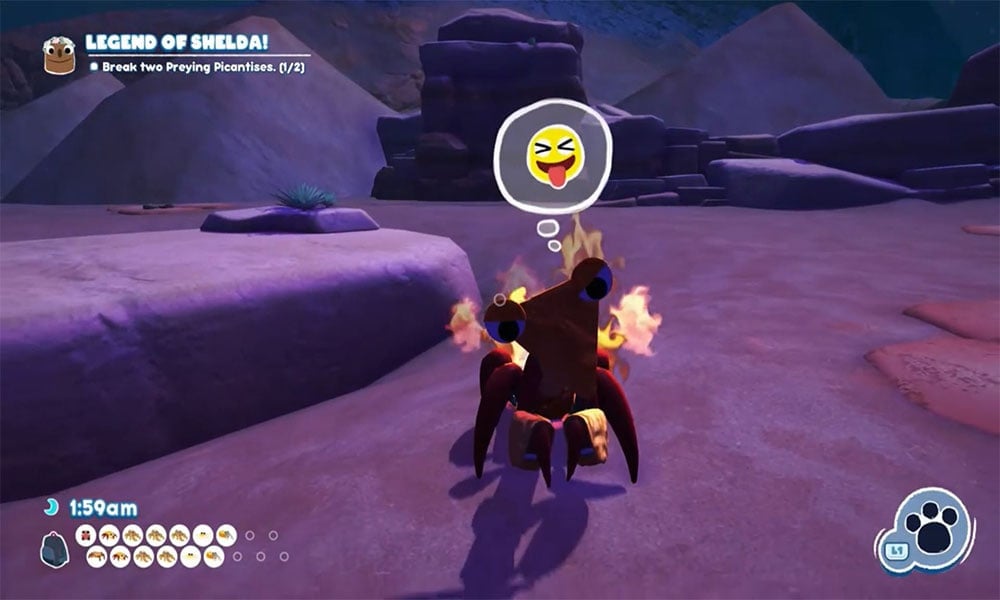 How to Break Preying Picantises in Bugsnax

Before you set on the mission of splitting the Preying Picantis, you need to do a few other things. First of all, fix the Cromdo’s bridge and return him to the village. This will unlock the Sizzlin’ Sands.

Now you need to reach the desert area of the island. Take the route along the bridge that you repaired in Scorched Gorge. You will see Shelda in the desert. She will give you many tasks, including the mission of breaking the Preying Picantis. 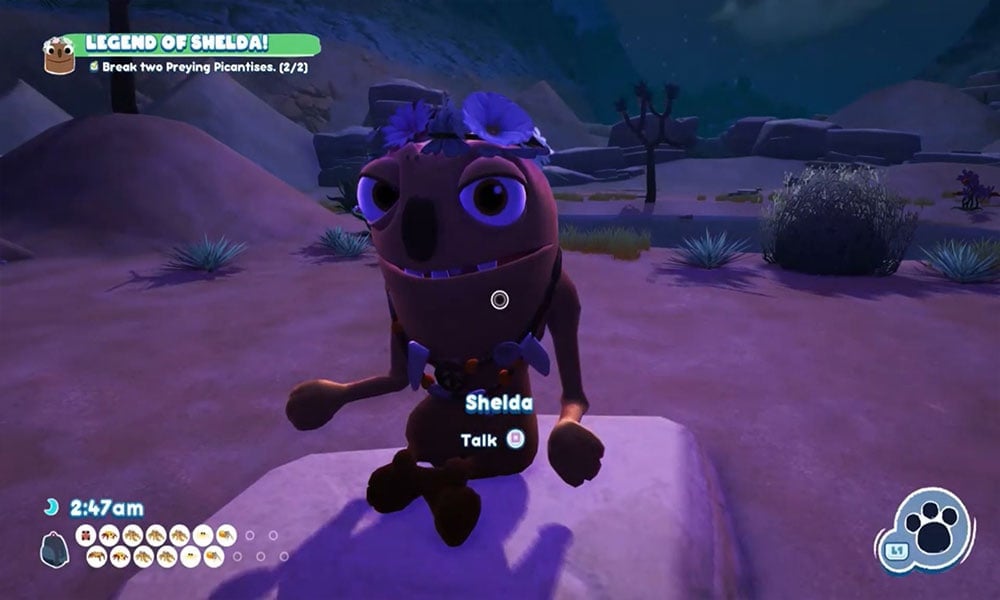 Instead, you need to draw the Picantis to the Sizzlin’ Sands. For attracting this bug, draw its attention towards yourself. Go so close to the bug such that it notices you and starts chasing you. Now run straight to the pool of water that is in the middle of the Sizzlin’ Sands. Once the bug touches the water and gets wet, it will get violent. The bug will now start attacking you and/or other surrounding Bugsnax.

For completing the quest given by the mysterious Shelda, you need to break two such Preying Picantis. You will thus complete the ‘Legend of Shelda’ quest.

Well, that’s all we have got with breaking of Preying Picantises in Bugsnax. For more gaming updates, subscribe to our YouTube Channel. Also, check out our Gaming Guides, Windows Guides, Social Media Guides, iPhone, and Android Guides to know more.