Technology in the present time is superior to ever before. When it comes to smartphones, we have so many examples around us. Thanks to some of the best manufacturers who have contributed a lot in bringing the devices which are friendly with users in every aspect. Well, you might have no idea but some smartphone providers are simply the best and they have always offered quality at the lowest possible price. I am talking about Huawei smartphones. They are widely demanded in the present time. The strong emphasis given by them on features and design has made them counted in the well-known smartphone providers across the globe. One of their recent devices is the Huawei P smart. In this post, I will boost your knowledge about the common Huawei P Smart problems and fixes to enable you to have the best experience with your gadget all the time.

The Huawei P smart is a device that was announced in December 2017 and it has been made available to buyers recently. One of the best things about this gadget is it runs on Android Oreo 8.0. Despite having the latest Android version, it has been reported by a few users to have some minor issues in it. The fact is it’s nothing to worry about because these bugs are pretty common in almost every Android gadget. Later or sooner, anyone can have them in the gadget, and rather than taking your device to the nearby authorized repair shop, you can troubleshoot them manually.  There is nothing much you need to do than follow the information about the common Huawei P Smart problems and fixes mentioned in this post. 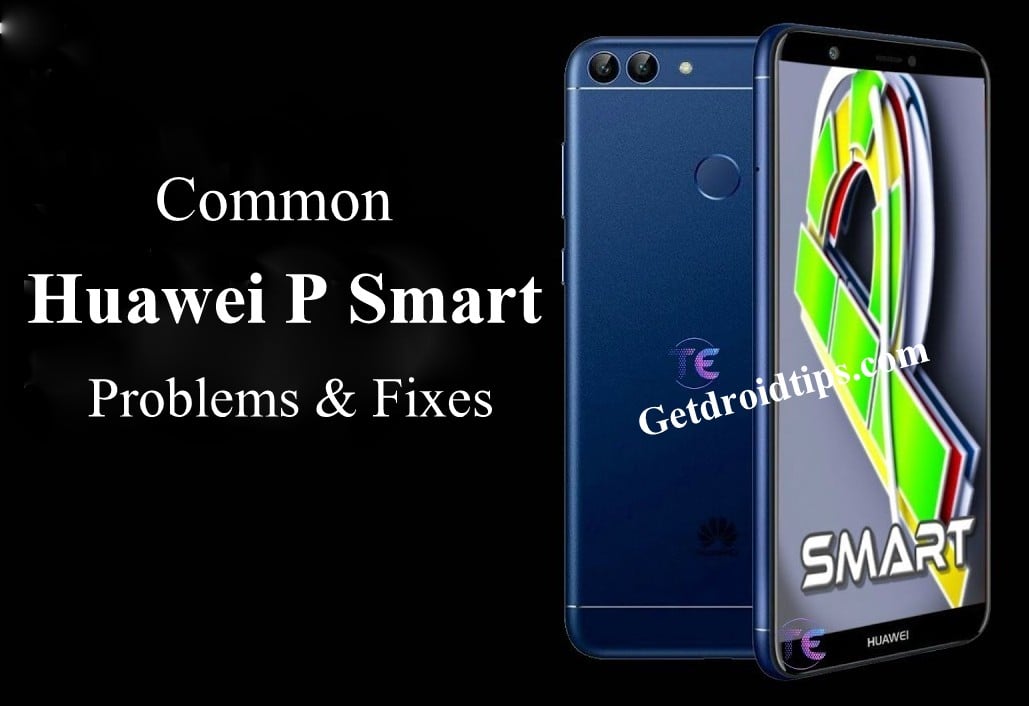 Let us first have a quick review of the hardware and other specifications of this amazing gadget. It has been loaded with a 5.6-inch full HD screen. You can have 2160 x 1080 screen resolution from the same simply. When it comes to processor, it has been equipped with a powerful octa-core processor. The phone has been launched in two variants having RAM and ROM combination of 3GB 32GB & 4GB 64GB. The 13MP primary camera and 8MP secondary cameras have been provided to capture quality snaps and videos.

This device allows you to extend the storage space by upto 256GB through a MicroSD card. The 3000mAh battery lets you use this device for most of the time during a full day once you charged it. Although these specifications are good, the device has been reported by a very few users to have some of the common issues in it. I have provided the best available information on common Huawei P Smart problems and fixes in this post to let you avoid most of the concerns you are having with it. Check it out below.

Everything about the common Huawei P Smart problems and fixes mentioned in this post finds its source from the trusted and well-known platforms. Therefore you can simply make sure of having the outcomes in the way you want. However, you cannot held getdroidtips.com responsible for anything that goes wrong with your gadget due to your own negligence while following this guide.

The Wi-Fi connectivity and the Bluetooth connectivity are among the essential features in any smartphone. In case there is an issue in them, the fact couldn’t be denied that you cannot perform many of the tasks that highly matters. The strange fact is finding the connectivity issues are not always easy because they could be due to multiple reasons. Also, these kinds of issues are generally mistaken with other issues. The following information simply lets you avoid this problem in the easiest manner. Check it out.

The Fingerprint scanner is a feature that has become the all-time favorite for many users of Smartphones in the present time. This is because it simply let them enhance the device security and privacy upto a very good extent. However, in case you are unable to use it just because of some minor issues, you can try the following.

If your device is unable to detect a MicroSD card, you cannot directly blame the gadget. This is because the problem could be in the card also. Therefore, before reaching to any conclusion, it would be good for you to follow the below instructions and methods. You will probably find yourself in a position to avoid this issue simply.

The Huawei P Smart is one of those gadgets having a dual rear camera and a powerful selfie shooter. However, it is true that many factors can influence largely the quality of pictures. It is not always necessary that cameras are faulty. The problem in most of the cases is due to some of the basic reasons. You can simply avoid it through the guide mentioned below.

For those who have quick battery drainage and slow charging a major problem in their Huawei P smart need not to worry actually. This is because these issues can simply be made go if you know the best available methods for them. It is necessary that you should follow the steps carefully and properly to find the exact cause of the issue and to avoid it.

The mobile SIM cards need to be cared. Although they remain inside the phone most of the time, it doesn’t always mean they don’t experience problems. Improper handling and many other factors can give rise to SIM related problems in any device. Try the below listed methods and instructions that are useful in this matter

Although most of the devices are free from the overheating problems, a few users are experiencing it with Huawei P smart. If you are one among them, there is nothing to panic. There are several ways to avoid this issue. However, it would be good for you to keep it in mind that heating upto some extent is tolerable and safe but if your device is heating too much, you need to contact the official support. Try the following methods first.

This is the problem which is related with the sound quality of the device and probably no one wants to compromise with the same. Try the following instructions if you are facing this problem with your gadget.

One of the major factor about the touchscreen is OS related issues can highly influence the same. Many users think they are hardware issues and often went to get it repaired. However, simply updating/re-installing the OS can avoid this issue. Other methods that can help you to deal with most of the issues dealing with this problem are listed below.

The failure to recognize the PC connection by a smartphone seems to be a very daunting problem/situation. However it’s not. You might have no idea but the fact is a lot of factors are there which directly or indirectly influence this. Before you take your device to an authorized repair shop, try the methods which are listed below.

Having the best hardware specifications in the phone doesn’t simply mean that it cannot face performance issues. Probably performance goes down with time and smartphone users have top reasons to change their device. However, brand new devices are expected to have this issue. In case you are facing them with this Huawei device, you can avoid it simply with the following instructions and methods.