Today we are going to share some of the Troubleshooting solutions, That might help you. Likely, This article includes the major update issue that occurred because of the Apple Server Overloaded. After troubleshooting, It is possible that there were some minor bugs left and can’t be resolved until the next update roll-out for your device.

You stuck on the “Update Requested” while downloading the iOS 13. 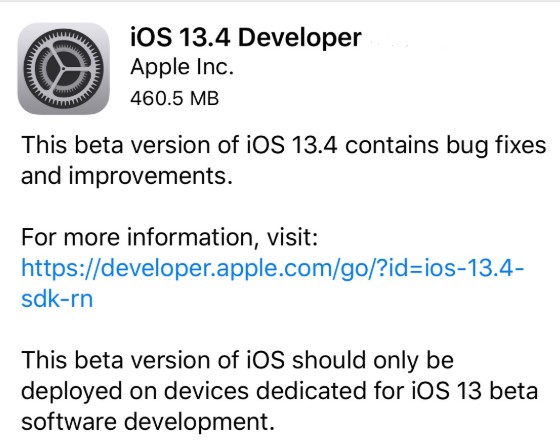 Sometimes, the Apple BETA service gets delayed because of limited bandwidth for the BETA users. There were a lot of people who are trying to download the iOS 13.4 BETA.

The iOS 13 stuck on the “Estimating Time Remaining” Screen on your device.

While downloading the iOS 13.4 and iPadOS 13.4, You click on installing the file on your device. Where the device was calculating the time to install the package on your device, Where it shows the message “Estimating time remaining.” However, if it appears on your screen for a long time and you think you “Stuck” there. Then it usually occurs due to overloading at the Apple server, and the request for download is not functioning well.

Furthermore, you have to wait for a couple of minutes because this problem will be resolved from the Apple end within some time. You can be left the device on the desk and plug in your device overnight because it downloads the iOS 13.4 updates on your device, Then later you can install the update on your device.

Your device stuck on “Preparing to Update” or “Verifying Update.”

This is also quite similar to the previous, but it happens after downloading the update, and you tap on to install the iOS 13.4 BETA update. Moreover, where it initially shows the device is “Preparing to update” and then “Verifying,” the update packed. Where it checks the file and other elements, If some file is missing on the device, it doesn’t respond. So, You have to wait for several hours in some scenarios. As expected in a couple of hours, the process and the progress bar start moving.

How can you fix the Most iOS 13 update Download problems?

Lookalike, this will work on your device because this seems quite promising. Also, You can use the same steps to uninstall the latest version of iOS and revert back to the initial operating system of your device.

It might be possible that you face some problem, but fortunately, there is a resolving method available, So you can use it to resolve the issue of the Progress bar, screen stuck, Apple logo.
In those scenarios where your screen stuck, you can only wait patiently and Plug-in to charge your device for a while.

If your device stuck on the Apple Logo for almost a 12Hours or more, then you should need to restore the iPhone using DFU mode or Recover mode on your iPhone or iPad device.
Not to mention, Recover mode requires you to connect your device with your Mac or iTunes to connect with Desktop using USB Cable.

Hopefully, This Troubleshooting method helps you to fix all the Common iOS 13.4 Problems and Fixes: Stuck on update Requested, Verifying, and More problems on your device running iOS 13 or thinking of installing the iOS 13.4 BETA. Furthermore, we assume that you have successfully resolved this issue. Let us know your experience or what method did you use to fix the Stuck window appearance from your device. If any query, then shares with us in the comment section down below.