Smartphone manufacturers are achieving landmark technology innovations. One of the strongest reason for this is several manufacturers have their own Research & Development department where the things can easily be discovered, molded and fixed. Samsung is known to be one of the major manufacturers who are leading the world smartphone markets. They come with many new models from time to time and often amaze their fans. This time they have expended their –series by releasing the A50s smartphone which is actually a successor of A50. If you are planning to purchase this device, you can go ahead without worry. When it comes to the common problems in Samsung Galaxy A50s, they are easy to eliminate and in a very easy manner. This post is all about the same and introduces you to the methods which are simple to understand and implement.

There are certain reasons for the common problems to arrive in any smartphone. It actually depends on the applications you use in your smartphone. Further, it depends on how a smartphone is cared by a user. There are certain important notifications which are often ignored such as installing the latest security patches and general updates. They are necessary to avoid the small scale problems from a smartphone which are generally related to the software domain. Also, there are certain bugs in Android OS that affect a user’s experience and make them think as if they have made a mistake by investing on their current investment. The fact is such basic issues are not there due to manufacturing defects but due to user’s own carelessness as already mentioned. Check more details about the common problems in Samsung Galaxy A50s. 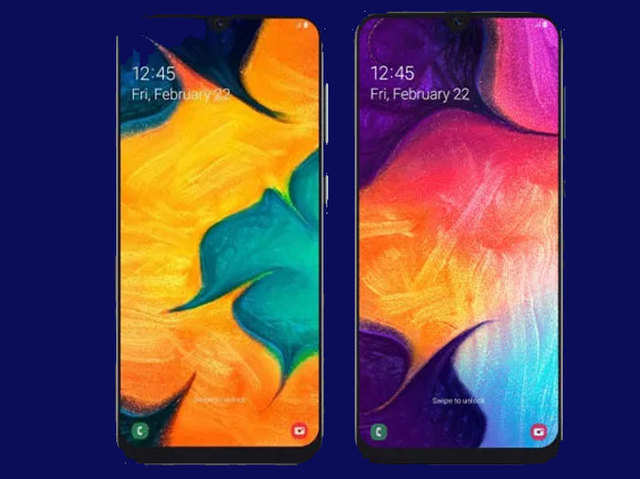 Samsung Galaxy A50s weighs 169g and is a wonderful phone in many ways. Although it seems similar to its predecessor, it’s quite better than the same when it comes to performance. Packed with super AMOLED capacitive touch screen with 16M colors, the users can have a very cozy experience to view their content. The screen offers a resolution of 1080 x 2340 with 19:5:9. When it comes to OS< the phone runs on the latest  Android 9.0 Pie and is therefore a best gadget to be considered if you need something with Samsung gadgets right now. For faster processing speeds, Samsung has provided it with an Octa-core 4 x 2.3Ghz processor. The users have the options to buy a 4GB or an 8GB variant. The later comes with 128GB storage space while the 4GB variant is an ideal option for storing data by up to 64GB.

It is possible to extend the storage space by up to 1TB. Samsung Galaxy A50s has been packed with a triple rear camera of 48MP with f2.0. The LED flash and panorama let users capture their favorite moments without facing any hurdle. There is a 32MP Selfie camera on this phone which offers HDR without compromising with anything. There is also a loudspeaker and a 3.5mmjack that adds more to the overall features of this gadget. The users can also make sure of active noise cancellation feature with mic. It has under-display Fingerprint scanner of 5th generation and let the users manage everything with their privacy. The handset has a 4000mAh non-removable battery which supports 15W fast charging. That’s all about the phone review and specifications. Let us explore the solutions to the common problems in Samsung Galaxy A50s

You just introduced yourself to the basic specifications and review of this smartphone. This assures the phone is totally free from all major problems. The same is true and the common problems in Samsung Galaxy A50s problems are often experienced only when a few facts are not paid attention. You are recommended to install the latest updates o your device immediately you are notified. This eliminates most of the problems. Also, it’s necessary that you apply the solutions listed in this post in their original format. Molding them to any extent can have bad consequences and you can have several other problems in your device. www.getdroidtips.com cannot be blamed for the same. Check the solutions to the common problems in Samsung Galaxy A50s below.

The common problems in Samsung Galaxy A50s which you just explored are not always necessary to be there in your phone due to software bugs. There are chances of a hardware fault as well and therefore you must pay attention to the same as well. Visit any nearby Samsung authorized repair center if you are sure of the same. Don’t forget to post a comment below if you think any problem has been skilled in this post or the one you are facing in your device is not listed here.