Samsung Galaxy S22 Ultra is the latest and top flagship model in 2022 under the Galaxy S22 series that includes powerful hardware and optimized software that you can ask for in a premium segment smartphone. Though premium smartphones are truly beast in performance, sometimes they may fall short or some users may need more customizations. If you’re one of them, you can follow this guide to Install Custom ROM on Samsung Galaxy S22 Ultra (Exynos).

Just like any other Samsung flagship device, the company has also launched both the Snapdragon and Exynos chipset-powered Galaxy S22 series models depending on the region variant. So, the European variant comes with Samsung’s in-house Exynos processor out of the box which claims to be one of the best-in-class competitors in the market as compared to Qualcomm Snapdragon. But in real-life performance, Exynos SoC can’t compete head-to-head.

Now, the chances are high that you’re one of the Android customization lovers to enjoy a custom firmware, or somehow the One UI performance isn’t smooth enough as a daily driver to continue. In both cases, you can easily flash a custom firmware based on GSI build on your Samsung Galaxy device as plenty of custom ROM developers and other contributors are continuously working hard to provide stable and fully-featured custom firmware. 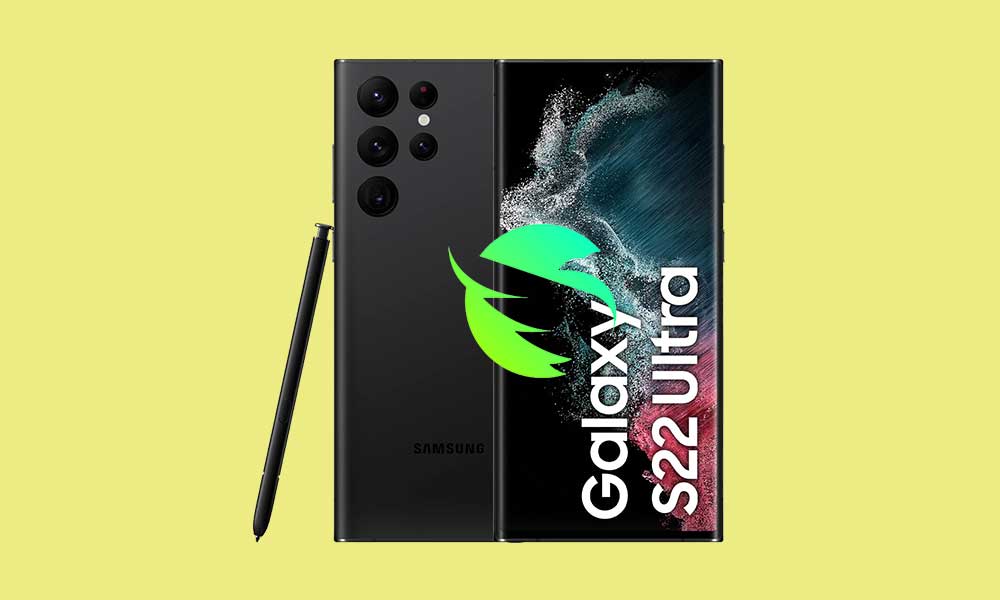 Why GSI Package is Useful?

Well, GSI means “Generic System Image” which is an Android System Image file to replace the currently installed Android OS version on a Project Treble-supported Android device. This is a pure Android OS with almost stock UI that comes with an unmodified Android Open Source Project (AOSP) code. Google did introduce the Project Treble feature for Android devices which are running on Android 8.1 Oreo or later. It becomes quite useful now.

The best part is that GSI builds are one of the most compatible packages with Android 9.0 Pie or later due to the added API level 28 to support Generic System Images for all app developers to install and run the latest Android GSIs on multiple Android devices. In an easy way, if your device is running on Android 8.1 or later and the device won’t gonna receive official Android OS updates anymore then you can flash a GSI to run the latest Android OS.

A big thanks to bhammler (XDA Senior Member) for sharing this SuperiorOS GSI build which is the most compatible right now for the Galaxy S22 Ultra Exynos variant. Here we’ve shared with you a brief guide on how to flash the custom firmware on an Exynos Galaxy S22 Ultra model with all the requirements, download links, and most importantly the known bugs. So, without wasting any more time, let’s jump into it.

Obviously, the custom firmware based on the GSI build does come with multiple bugs or issues that you may encounter on your handset after flashing the firmware or while using it as a daily driver. This ROM is no exception and has a couple of known bugs that you should keep in mind before flashing it.

GetDroidTips won’t be held responsible for any kind of damage or error that may occur to your handset while or after following this guide. This is a Custom ROM with GSI build and may contain some bugs or stability issues. We can’t recommend you to use this firmware as your daily driver on your primary device. Take a full data backup before doing anything. Proceed at your own risk.

That’s it, guys. We assume this guide was helpful to you. For further queries, you can comment below. If you find any issue or bug with the build, you can head over to the credit link below to report the same.