The action-adventure game from Thorium has been confusing the players with its aggression filled Boss fights. So to help them out, we are here today with our complete guide to defeat the Bosses in Undermine.

The Bosses in Undermine are quite difficult and may test the player’s skills at a high level. So it is very important for them to follow this guide, as it will help them throughout the game.  Now that being said let’s begin our guide.

How To Defeat The Bosses In Undermine

There are primarily four Boss fights in the game. However, there is another type of boss fight, although not complete. So we have decided not to include Dungeon Gargoyels. Below are the bosses, along with the strategy that will help you out to defeat them. 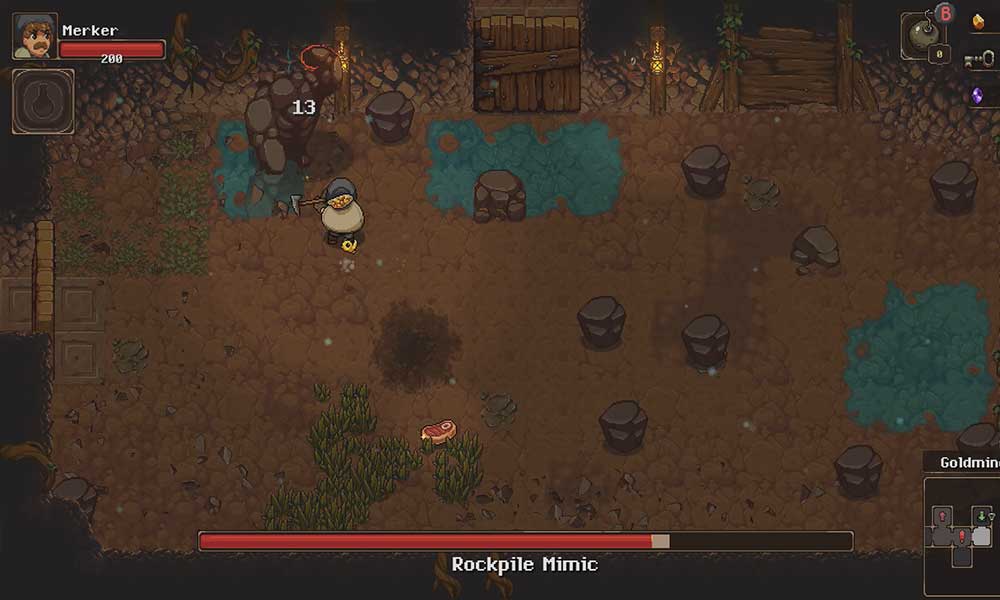 The Rockpile mimics a mini-boss in Undermine on the third floor of the gold mines. When you enter the room, you will see that the Rockpile Mimic is lying down without moving in the center of the room. But wait, don’t get misled by this avatar. The fight will as soon as the player comes close enough to wake it up

It is necessary to defeat him if you want to unlock Dodson, and there is no way to avoid this boss. For defeating him follow the steps given below:- 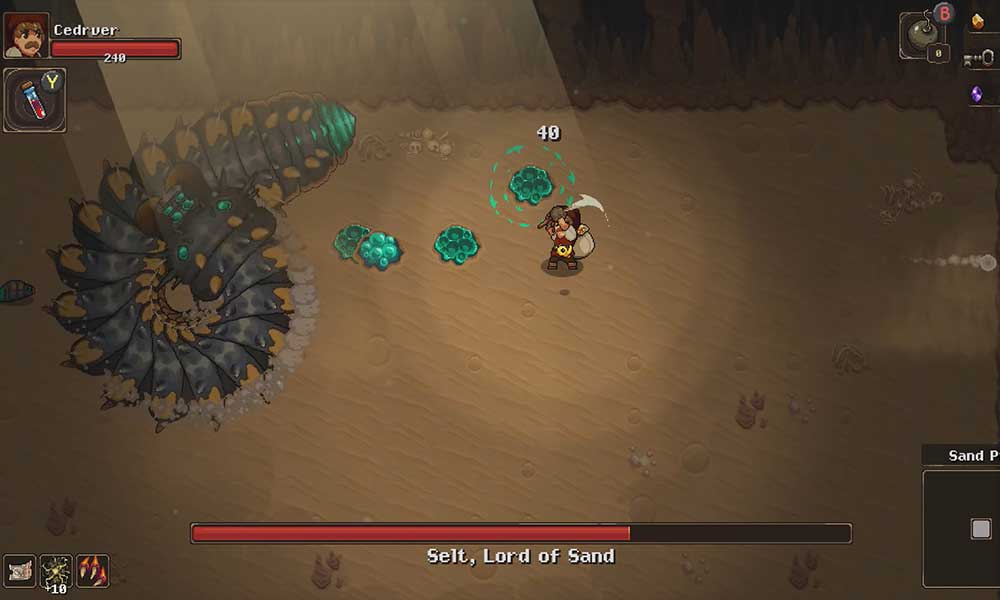 It is a worm-like boss that can be found at the end of the Gold mines in the sand-pit arena. Selt causes earthquakes in the Gold Mines and The Hub. He damages the opponent through her larvae or charging attacks. She is Slither around the arena, and when she stopped at any place, she will start shooting out multiple eggs from which Larva will spawn. The best thing you will do to reduce the number of Larva is to kill their egg before they have the opportunity to hatch. You can easily give damage to Selt by attacking his tail.

After some specific interval, she chases her own tail while sending out rock waves that can hit her opponent. The best way to cope out with this situation is either standing between the waves or using the jump action to dodge them.

She will then go under the soil while making a circle on her opponent. Selt will also spawn some eggs which can be destroyed easily. To cope up with this situation, you can simply go to the opposite side of the arena and wait. After some time, a ring of rocks will appear around the player, making it impossible to run away from this attack. To avoid this attack, you must use jump action at the last second. It is possible to counter her last attack just by placing a bomb in front of Selt while she is charging herself to deal with the bomb’s damage in the process. 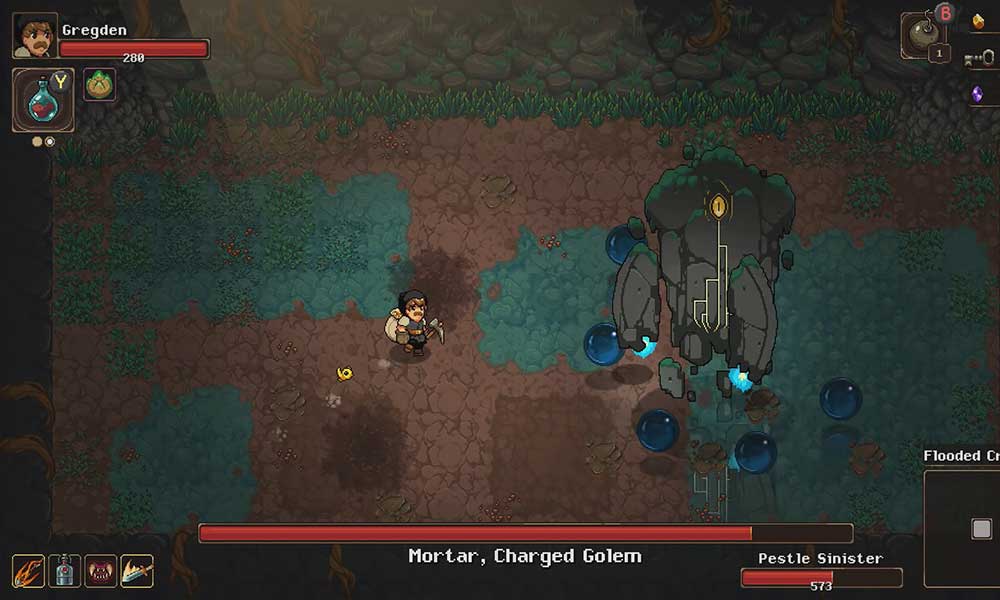 Mortar, Charged Golem is found in the final room of the Delvemore Dungeons, He drops mortar fragments and the electrified Orb Schematics. He has various parts of his body that players must kill if they want to defeat him. When Mortar’s health is above 50%, it goes around the corner and sends his two large stone arms, that flies around and smashes the ground near his opponent at regular intervals of time. However, the arms can be damaged by the players once they hit the ground before they fly up again. If players were able to destroy both arms, then this attack disabled permanently.

When Mortar, Charged Golem health is below 50%, he will use electrified Orb in a series of attacks against the player, and at the same time, a laser beam will start from one end of the arena and move to the other side very quickly. You must do Jumping action to cope up with this attack. Once the arms and Orb are destroyed, you can easily defeat Mortar, Charged Golem without taking any damage. 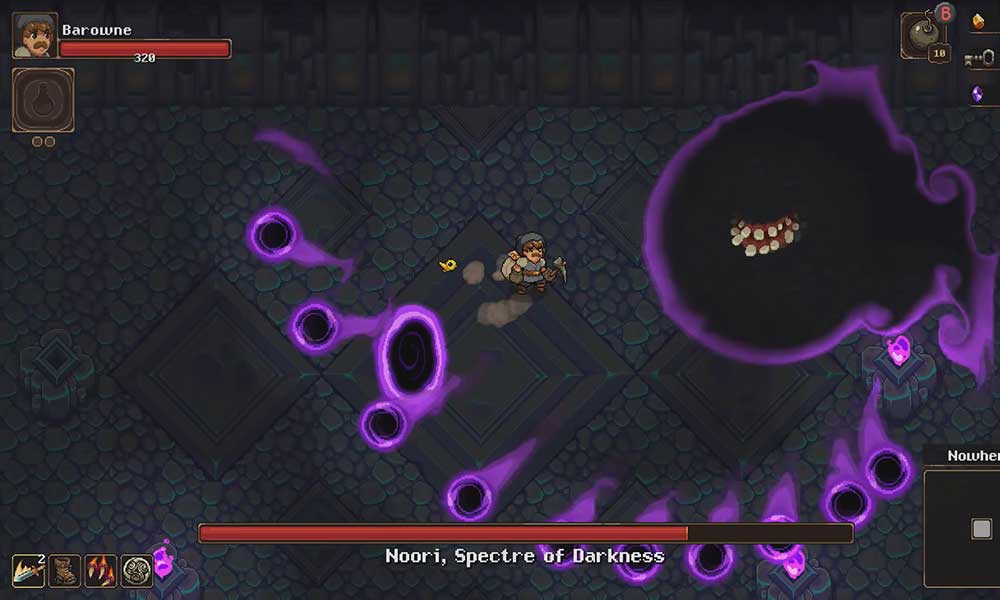 Noori, Spectre Of Darkness is found in the final room of the Halls of Dins. It drops Noori fragments and Other mine Conduit’s Schematics. He is a very challenging boss to fight with, and for defeating him, players have to collect relics and blessings during the whole adventure journey before finally reaching Noori.

When the fight starts between you and Noori, a portal will open near you from which a hand will try to give you damage you must utilize Jumping action to avoid this attack. After that Noori will go to one side of the arena and starts shooting a wave of purple Orb that will slowly float towards you, this attack is simple to avoid by just standing on the other side of the room and looking for openings between the orbs.

Noori will extinguish all flames and will teleport to the upper middle of the room from there she will start shooting laser as well as Orb simultaneously. These Orbs will disappear soon, but you can use it to ignite any extinguished flames.  The chakram is useful for dealing with damage during this attack and allows you to focus more on dodging.

That’s all we have for you regarding defeating the Bosses in Undermine. We hope this guide proves helpful in defeating all the bosses. If you liked this, don’t forget to check out our other Wallpapers, Windows Guides, Gaming Guides, Social Media, iPhone Tricks, and Android Tricks for more guides. Subscribing to our YouTube Channel will help you win the $150 giveaway contest. If you have any doubts or feedback, comment down below with your name along with the e-mail ID, and we will reply shortly. Thank you.