Borderlands 3 is one of the best looter shooters out there. The game got released last year, and it has received a pretty good reception from both fans and critics alike. Recently, Gearbox released a DLC for the game, and that has received pretty good reviews as well. The game is a sequel to the popular game Borderlands 2 and action role-playing first-person shooter.

If you’re an avid player of Borderlands 3, you might be knowing that one of the key aspects of the game is grabbing the best weapons. Looting is one of the most pivotal elements in the game, but it is not always easy. Borderlands 3 has a wide array of weapons. So choosing the right weapon is not the easiest of tasks. Not to forget, the weapons might require doing a few tasks as well. While that isn’t much, sometimes it becomes a bit hectic to keep track of the tasks you need to do to get a specific type of weapon.

One of the most popular guns in the game is DNA. Legendary guns are one of the best guns in the game, and the DNA is a legendary weapon as well. Many players don’t know how to get the DNA. If you are wondering how you can get the DNA in Borderlands 3, read on to find out more about it.

How to get DNA in Borderlands 3?

Like we mentioned earlier, The DNA is a Legendary SMG. Do note that the gun is exclusive to Mayhem content. The prime feature of this weapon is that it shoots out random elements to inflict damage on enemies. The random elements do not include radiation. If you want to get the DNA in Borderlands 3, follow the given steps:-

Like we mentioned earlier, the DNA is a Mayhem only weapon. So you need to set the difficulty to Mayhem 6 or higher to be able to get the weapon since the weapon is unavailable in any difficulty below that.

Like many other weapons in the game, you need to grind a bit to get this gun. General Traunt, one of the bosses in Desolation’s Edge, has a chance to drop this weapon. There is another way to reach this boss by traveling to Tazendeer Ruins and then going back to get to this boss.

Once you reach Desolation’s Edge, you need to kill General Traunt. Keep in mind that there is a save point before the boss so you can save your game from fast travel later on. Coming to the boss, he has a pretty good chance of dropping the weapon. While you might not get it in the first attempt, it is expected that multiple attempts will get you the weapon. 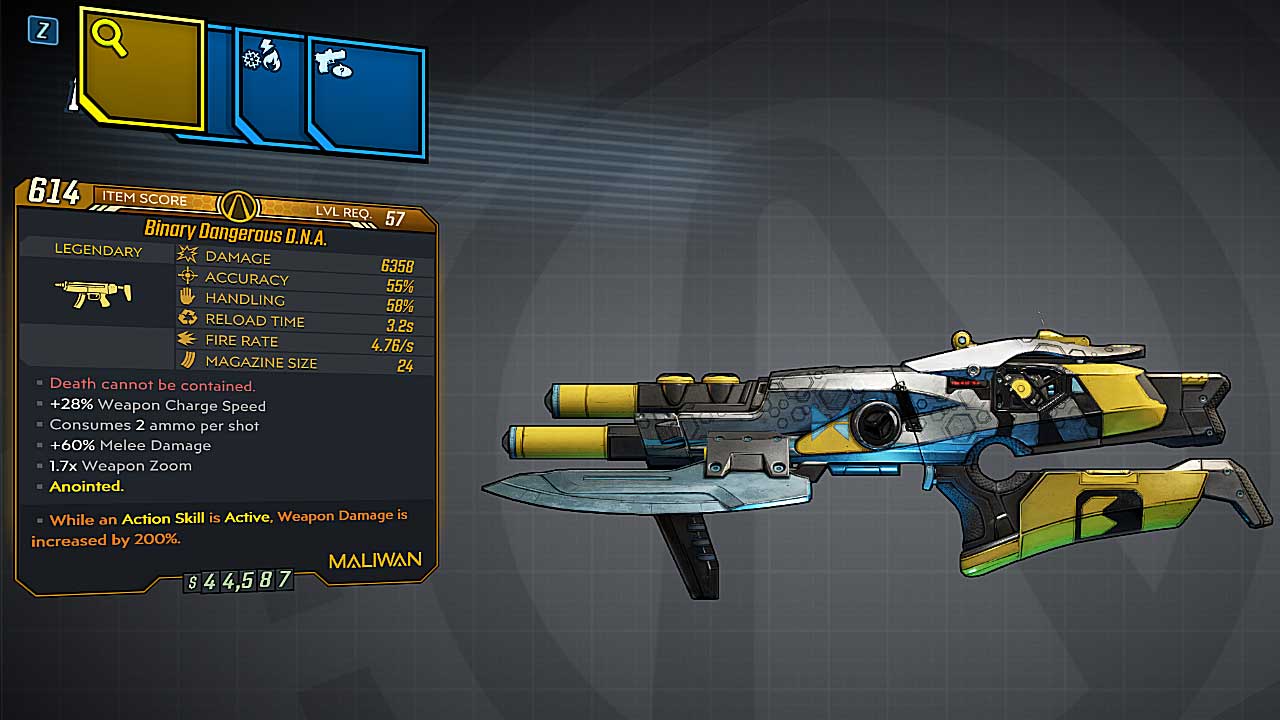 Speaking of the weapon, as the name implies, DNA shoots bullets in the form of helix-shaped DNA fragments. Like we mentioned, the DNA shoots out random elements, excluding radiation. The weapon is best suited for stationary enemies as the projectiles it fires is a bit too slow. While it might get too much for Mayhem 10 because of low damage output, it is a decent weapon in lower levels.

That’s all you need to know about how to get DNA in Borderlands 3. If you need any other help regarding Borderlands 3 or any other game out there, do let us know in the comments section below, and we will be happy to help you out.