Eternal Evolution is a newly released strategy Role Playing game developed by HK Hero Entertainment Co Ltd. The game’s storyline is fascinating, including several playable characters fighting the main villains and their respective troops. Let’s dive right into the world of Eternity Evolution and use this beginner guide and tips to help beginners conquer the eternal world. So, let’s hop into the world of Eternal Evolution.

Once you log into the game for the first time, the game creates a custom server for you to experience the game at best. Eternal Evolution teaches first teaches you how to fight and design your journey throughout the game. The game follows the storyline with only one certain game mode. Once you’re done with the introduction, the game continues with different chapters and several stages. 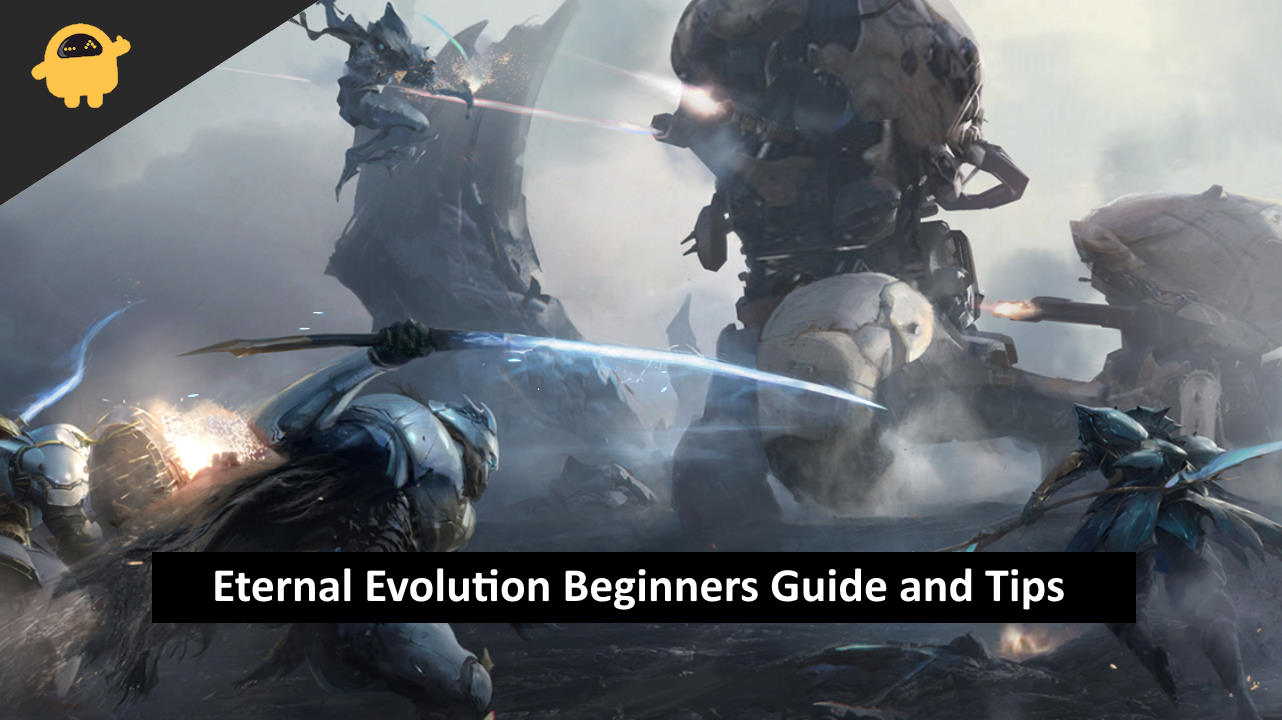 In the beginning, the game allows you only to use two characters to complete the introduction part by learning to fight. The combat mechanism in the game is automated most of the time. But the game offers a skill named “Rage Skills” for the players, and this skill is not automated all the time.

The players can use this “Rage Skill” whenever they wish to once the rage meter is filled. This game offers the players a really useful automatic feature where you can relax during a fight. The rampaging attacks will be immediately used when the rampaging meter gets filled.

We all have to accept that a game’s combat will feel repetitive once you play it for a long time. If you’re onto this game, you don’t have to worry about that. This game provides the players with another useful feature where you can fast forward the fight.

So by fast forwarding, you can run the game at 1x or 2x respectively. This helps the players to finish the round as soon as possible and jump to the next one.

Introduction To The Basic Features

Once you are familiar with the above-given overview of the game Eternal Evolution, we’ll dive into the basic features and the things you can do in this game.

Like all other games, this game also has a lobby where players can access the in-game features, edit settings, etc. The players can spot their profile and their game progress in the top right corner of their lobby. Players can check their game experience levels, and change their in-game names and avatars.

The base is one of the most important areas of the game. It is designed more like a central hub that supplies the required energy for all the areas in the game. You cannot play this game without the existence of the Base.

This is the place where players recruit their heroes and use them for fights. The players are required to have a recruit card to recruit and add the recruited heroes to their squad. Players can also recruit players with diamonds instead of owning a recruit card.

These sections will unlock automatically after you complete the required stages in the game. To gain more information about the perimeter, you’ll have to spend more time on the game.

As the header already says, the missions sections represent the main objectives and the daily missions of the game that are required to be completed by the players. The players receive rewards for every objective they complete such as gold, diamonds, and recruit cards.

These can be used to play the game in a more efficient way and upgrade yourself. Sometimes, the players will receive valuable rewards like “rubellite of the soul” for every difficult mission he completes.

The bag displays all the items you get in the game while playing and the items that you own already. Items such as potions and health items are placed in this bag, and they must be used during the gameplay to strengthen their heroes.

The evolve section is also one of the most important areas in this game. It is the place where players can actually upgrade, evolve, fire, or restore their heroes. Now, isn’t that interesting? To evolve a specific character, a player needs three cards of the same hero. This evolution process will increase the power of the hero making him more powerful than he/she was.

The players can also remove any extra heroes that are useless and haven’t been used for a long time. Can you believe that this process will also end up in a profit? Yes, each time you dismiss a hero you will be awarded “coins of dismissal” and “rubellite of the soul”.

Players can reset the owned heroes. By doing this the players will be refunded with all the resources they used on their heroes to upgrade them as rewards. And these heroes that have been reset can also be used afterward when needed.

This brings us to the end of this Eternal Evolution beginners guide and tips. Once you are familiar with these features you can fearlessly hop into the game without any fear and play the game in the way it’s meant to be played.