The initial stages of Wube’s Factorio can be a bit daunting for beginners, owing to the vast amount of information to process. This includes a large amount of numerical data, ratios, and rates in the game. Keeping this in mind, we are bringing to you this brand new tutorial-based guide on how to construct solid smelting setups that will stay with you throughout the course of gameplay.

So players of Factorio who were searching for how they can build a smelting setup should look no further. Well, that being said, let’s get started. 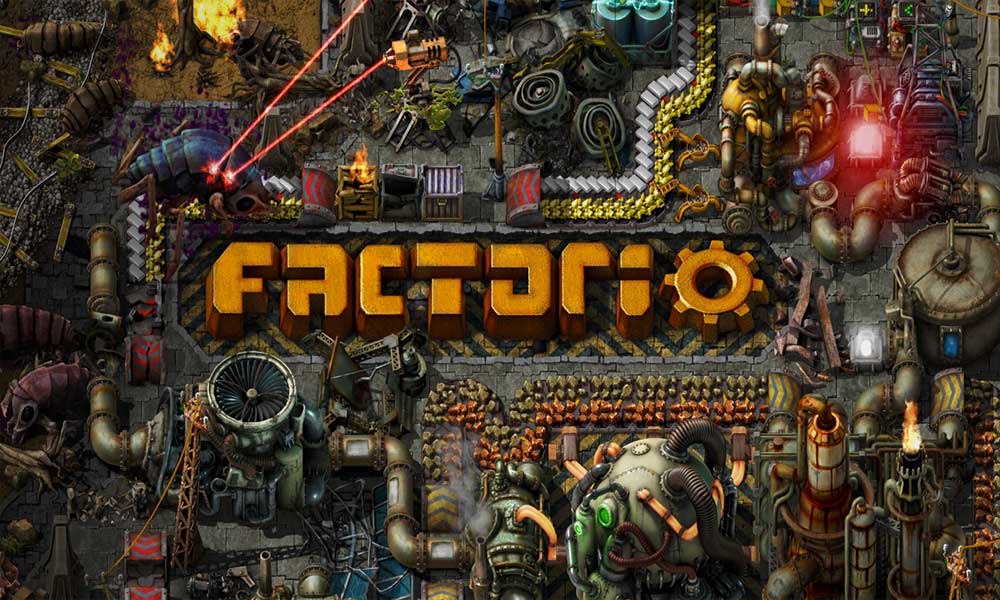 Factorio Tutorial: How to Build a Smelting Setup

Below is the complete tutorial to build your Smelting Setup.

Knowing Where to build the Smelting Setup

In Factorio, while preparing the layout for your smelting setup, it is essential to know where to build your main bus structure and where you wish to take it. It is advisable to keep your smelting area near the start of the bus, with ample space available for expansion. When you start the game, you should try to have a full belt of iron and one of copper as well. At the same time, you should try to provide space for around four belts of each of them. That makes for a total of eight smelting setup in the main base. You will likely not require more space afterward, because you will likely wish to take smelting to outposts.

Remember that you need coal and ore in order to keep smelting columns working. Thus, it is ideal to put the array as close to these natural resources as possible. This is reinforced by the fact that your supplies of iron for making belts are pretty scarce at the beginning of the game.

The Importance of Ratios for Smelting Setup in Factorio

In order to understand the significance of ratios in this game, let us consider this example. If you want to produce a full yellow belt of plates, look at this fact first. A yellow belt is capable of moving fifteen items per second, while a Stone Furnace is capable of producing 0.3125 plates per second. Divide 15 by 0.3125, and you get 48 – the number of furnaces you require to produce a full belt. Fortunately, for copper and iron, the ratio of ore to plates is 1:1. Thus, you can roughly put a belt in and have a belt come out at the same time! 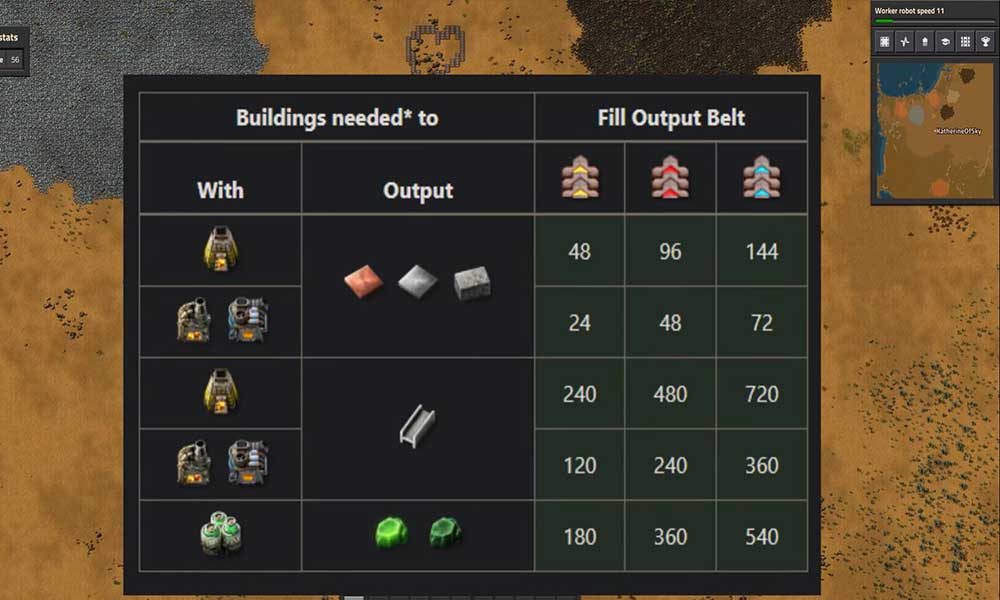 Make sure to have a look at the Factorio Cheat Sheet website as well. You will notice a certain pattern in the numbers of furnaces. For example, the steel furnaces are two times faster than the stone ones, while red belts are two times faster than the yellow ones. Thus, it is possible for you to utilize stone furnaces and yellow belts, and upgrade to steel furnaces and red belts. You will be able to do this without altering anything in regard to the design. Is that not convenient?

How to Proceed with your Design Gradually?

There are basically a number of designs that you can go to within the game. You should choose whichever one suits your preferences the most. Here, we are presenting a design closely resembling one from JDPlays. In this design, there are two columns of furnaces. There are twenty-four on every side of a large output belt in the center. First of all, put the first row of smelters and then, after leaving a tile space, put an output belt going in the direction of the main bus you have planned.

Leave another tile space, and then add the second line of furnaces. The feeding belts will be going around outside the furnaces you have just placed. Make sure to leave a tile space between the belt and furnaces, and also ensure that it faces the same direction as your output belt. 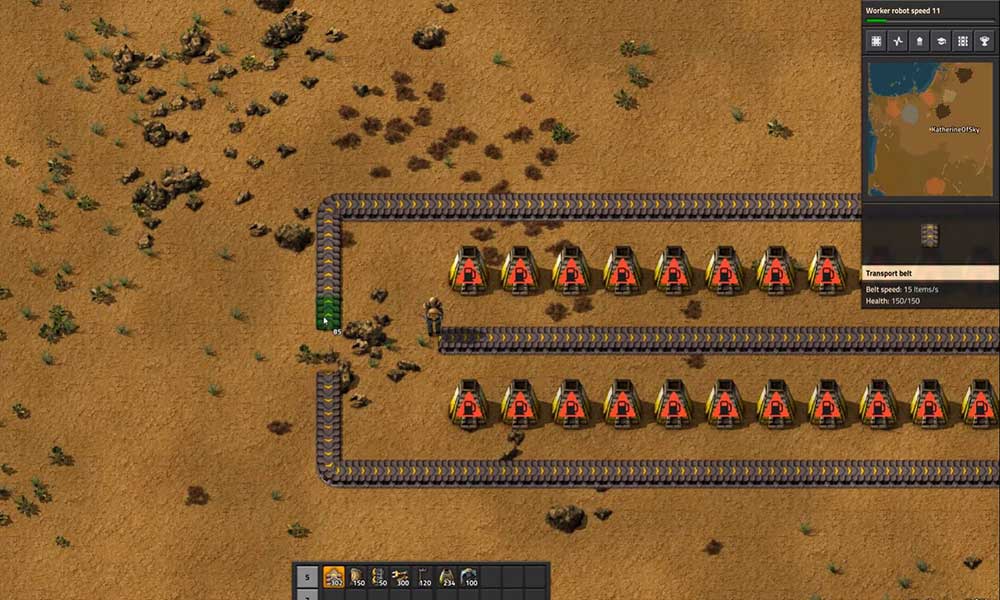 The next part is an interesting one – the splitters feeding the belts. First, leave four spaces between the splitters and furnaces at the head of the array. Put two splitters facing each other across a distance of one tile gap. After that, put belts going towards the outside, feeding the belts of your array. The splitters only feed half of every belt, because of their close placement. This enables you to conveniently have fuel on one side and ore on the other.

After this, you can add the fuel delivery belt. We are not adding ore to this belt, because a comparatively smaller amount of fuel is needed for smelting. Although a single yellow belt of coal can feed 666 furnaces (equivalent to around 14 arrays), a full belt of copper or iron is needed on the other side. For this belt, you will need a split to the splitter and make undergroundies go… well, underground and below the feeding belts on the sides of your array.

Following this, add the inserters by putting one going in and one going out, for every one of the furnaces. Now go up and down your array to automatically add Small Power Poles.

About Ore and Coal in Factorio

Before proceeding, you require ore as well. You will require thirty Electric Miners (sixty when you upgrade to red belts) to feed your array. Proceed to put miners to evenly fill both sides of the belt. Selecting your miners with a deconstruction planner or blueprint, and pressing Q to cancel after the number turns up will enable you to count them quite conveniently. 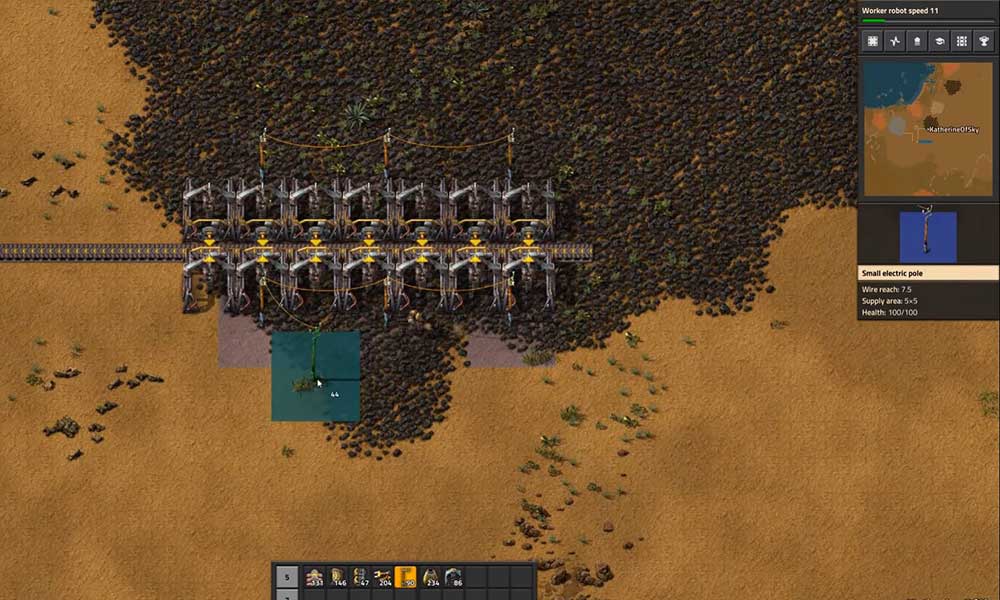 Remember that the miners working on the ends of your field will have their ore depleted much faster than the ones working in the middle of the field. Thus, make sure you put additional miners on the belt. Coming to coal, you will require around 2.2 coal miners for every smelting array. You can even include a full belt once you are able to produce sufficient miners.

Have you taken note of that one additional tile of space still left in the furnace array? It is meant for you to add steel arrays; once you do so, they will go smoothly with the rest of the design. Like the others, this array also smelts ore into steel plates. 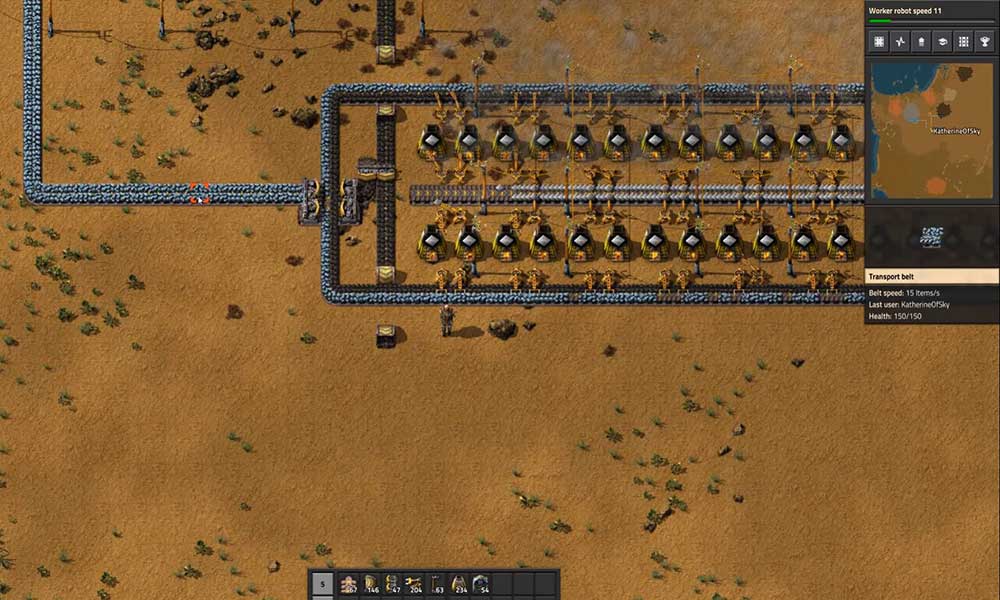 A direct feed array is ideal for steel, since it requires five times more time than iron plates to smelt, and needs five iron plates as well. You will require five such arrays in order to produce a full belt.

When you upgrade to steel furnaces, they will work at twice the original speed but consume the same amount of fuel as stone furnaces. It is also advisable to upgrade to red belts as soon as you can. When you do that, make sure you add an extra thirty miners and a red belt from the ore patch to feed the same. However, you are not required to upgrade the output inserters.

Keeping arrays for various feeding belts in your cache of Blueprints can come in handy for useful setups where ore is brought in, and the plates belt is positioned on the way out.

About Electric Furnaces in Factorio

Although players used to produce arrays that could harbor 3×3 electric furnaces in the early days of the game, remember that they just as fast as steel furnaces and, if you use solid fuel material like coal, are also more economical in terms of conserving energy. 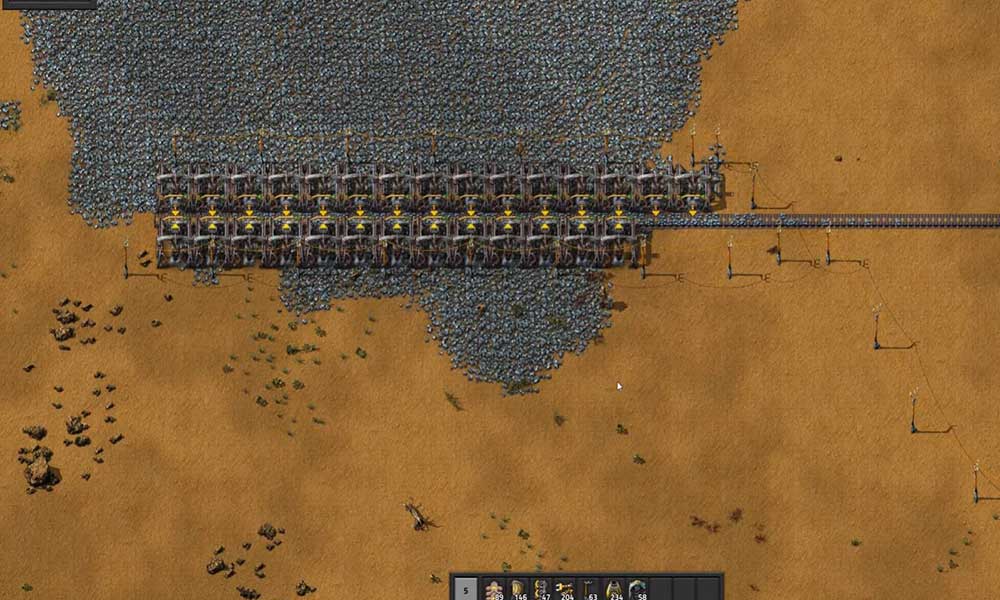 You should only go for electric furnaces if you are utilizing solar energy for your base, working in a location bereft of fuel, or are headed towards an endgame moduled system by utilizing productivity modules with speed beacons. Otherwise, we recommend using steel furnaces. They are efficient enough, and you will not have any shortage of coal.

That is it for now. We hope our guide helps you learn all the important concepts of preparing your very own smelting setup in Factorio. Now, check out our Windows Guides, Gaming Guides, Social Media Guides, iPhone, and Android Guides to read more. However, if there are any queries or feedback, comment down with your name & email ID. We will try our best to reply soon. Also, subscribe to our YouTube Channel to watch awesome videos on gaming and smartphone tips and tricks. Thank you.