Fallout 76 has a wide range of weapons to choose from for different kinds of players. Some of these weapons can be bought from a store, while some can be crafted. But there is a melee weapon out there on Fallout 76 that has got almost every player craving for it. The melee weapon we are talking about here is the Grognak’s Axe.

Grognak’s Axe has a two-handed operation mechanism with an offensive power that puts shame to other melee weapons out there in Fallout 76. Now, if you are someone who is wondering how a player can get their hands on such a weapon, we can help with that. In this article, we will discuss everything that there is to know about how to get a Grognak’s Axe. 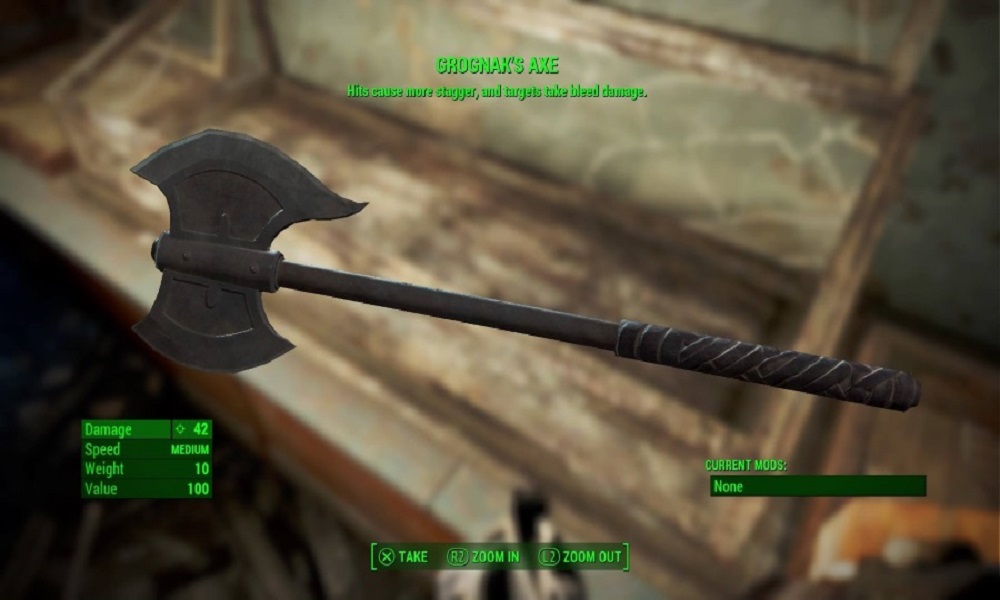 How to get Grognak’s Axe in Fallout 76?

There are three basic methods of acquiring the Grognak’s Axe. First, we have the chance that some legendary enemy drops it in the game, and you pick it up. Next, there is a chance that you find the plan to craft this Axe and then go ahead and build one for yourself. The final method involves going to a store and looking for the Axe directly or the plan to craft it.

The first method mentioned above is the most probable one of the bunch. Now creatures in Fallout 76 do drop their weapons sometimes, but it is relatively random. When you are going up against a legendary creature, such as the Glowing Ones, Ghouls, and Miners, there is a chance that they might drop a Grognak’s Axe, which you can then pick up for yourself. Some players have reported that there is a high chance of creatures dropping weapons in Watoga Station. So you can give that location a try and see if any creature drops a Gorgnak’s Axe there.

The second method of finding a plan is also as random as a creature dropping the weapon. The Plan: Replica Grognak’s Axe might come in as a drop, or you might find it in a store. The chances of that happening are random. There have been occasions when the plans for crafting different items were given to players as holiday gifts, and a few players also received the plan for Grognak’s Axe. So in the holiday season, you might find a bit of luck too.

The last method of buying the Axe or the plan from a store sounds like an easy solution, but in reality, it is not. This is because neither the weapon nor the plan is always available on stores for purchase. You have to keep visiting the stores hoping that randomly someday you will find either of these two options.

So as you can see, the chances of anyone getting a Gorgnak’s Axe are entirely random. There is no fixed way to do it, but now you know how you can get one, even though it will be a random way. If you have any queries with this guide, then comment down below. Also, be sure to check out our other guides on iPhone Tips, PC tips, Games and Android Tips. Moreover, you can also subscribe to our very own YouTube Channel and participate in the $150 giveaway contest.