The new map of Fortnite Chapter 2 Season 3 is partially underwater. So we have forts, and patches of land with water all around. This is change is due to the new theme of the game, that is the Aquaman theme. Last time we had Marvel’s Deadpool running the show, but in this season we have DC’s Aquaman in limelight.

Among the things that are new here this season, is the Loot Shark. It is quite similar to what we had previously, that is the Loot Llama. But the shark is definitely more deadly to beat and conquer as compared to the Llama. But killing one of these Sharks will definitely get you a hefty amount of loot. So how do you kill a Loot Shark in Fortnite Chapter 2 Season 3? Let’s find that out in this article. 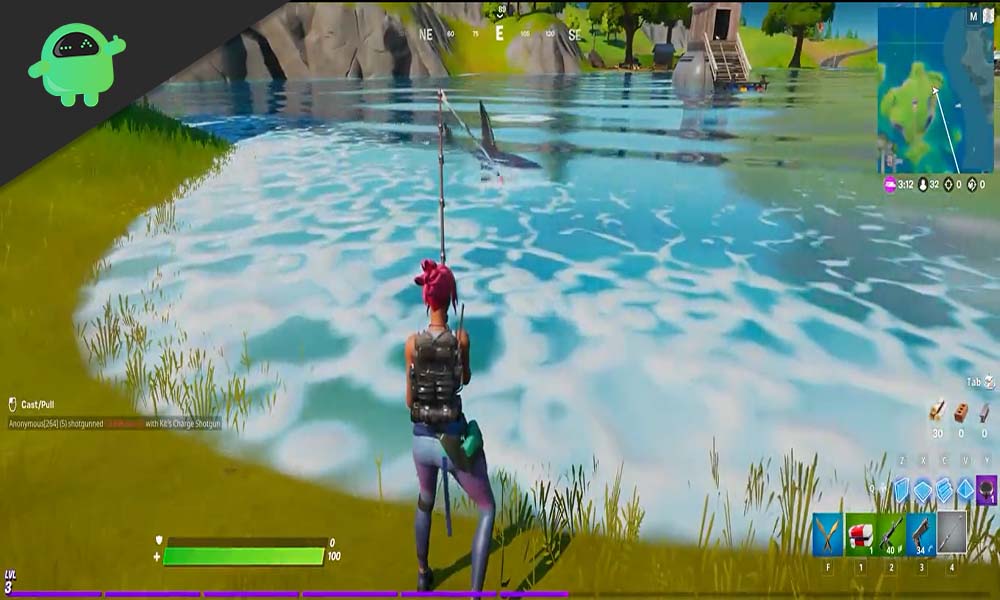 Where to find Loot Sharks in Fortnite Chapter 2 Season 3?

Loot Sharks are a rare spawn and you will have to keep an eye on the water bodies nearby to spot one. Look for the Shark’s fin poking out of the water. It is rare occurrence and something that you might not easily notice. You can try roaming around Fortilla as many players claim that it is a spot where most Loot Sharks spawn. And the henchmen in Fortilla also fire at Loot Sharks. So keep an eye on the Henchman, who they are firing at. Check and see cautiously if it is another player or a Loot Shark.

Now even when you do spot a Look Shark, you should know that it is not that easy to kill one. Just like what Sharks do in real life, the Loot Sharks here too can be very deadly. So don’t just jump into the water when you see a Loot Shark. That way you will only end up as food for the Loot Sharks.

You need to rile up your weapons and attack the Shark from a proper distance. Getting too close to the water’s end means that the Shark can just attack you by jumping out of the water. It launches at you with a bite attack which looks quite amazing but it can surely be lethal for you. So stay at a good distance from the water and attack it using one of your weapons that does a fair bit of damage. This could take a while though, so keep an eye for other players too as they might seek on the opportunity and kill you while you are busy fighting the shark. Once you defeat the shark, it will drop a fair amount of loot, along with some rare weapons that might eventually help you win the game.

Another thing you can with Loot Sharks is to ride them. 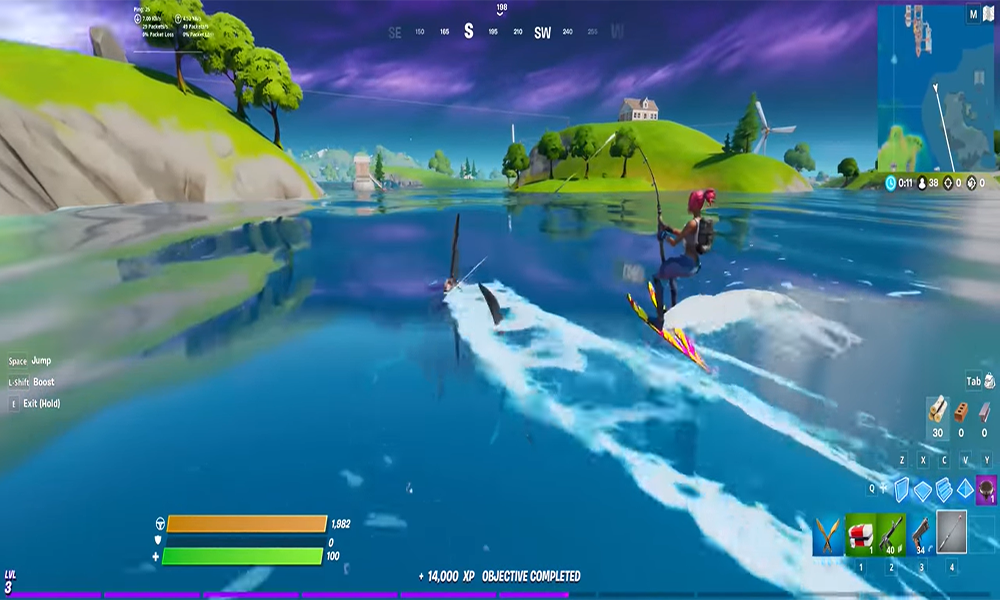 Yes, it does sound a bit bizarre but considering how flooded the map of the new season is, this might actually come in handy if you need to zip to a different location on the map quickly. To ride a Shark, you will first need a fishing rod. Use that fishing rod as bait and as soon as the Shark catches it, Jetskis will appear on your feet and you will be riding the Shark. You can control the direction and speed of the shark. You can even shoot at enemies while riding the shark if you see any on the way. 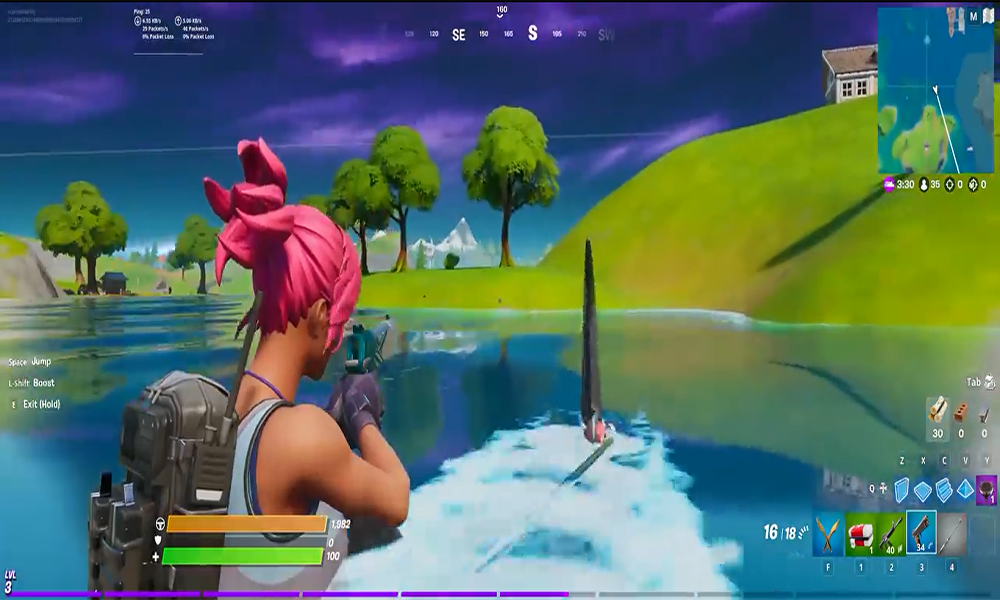 A shark can even glide on land for a short distance near the water, but then the shark will get out of your control. You will then have to catch the Shark again using the fishing rod. 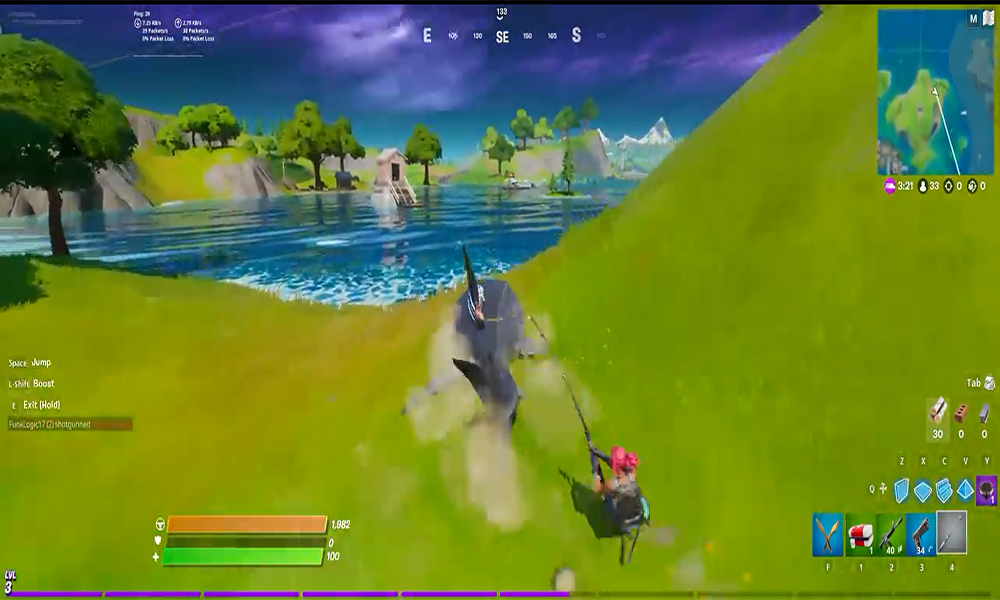 Now you know where to find Loot Sharks and how to get the Loot from them in Fortnite Chapter 2 Season 3. If you have any queries with this guide, then comment down below. Also, be sure to check out our other articles on iPhone tips and tricks, Android tips and tricks, PC tips and tricks, and much more for more useful information.