Let’s see How to find the right processor for your gaming PC. The PC consists of many major components which help the user to do multitasking. For building a gaming PC you need the following components 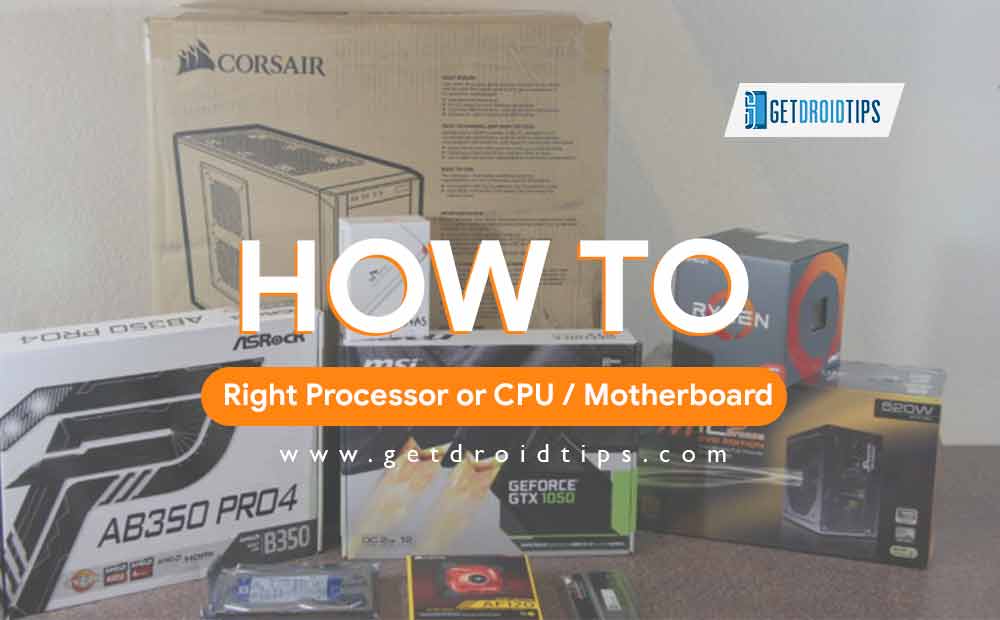 Things to look forward while buying a motherboard

The Motherboard has so many types which are based on socket preference( such as gaming, programming, and moderate user/ latest generation processor) and they are given below 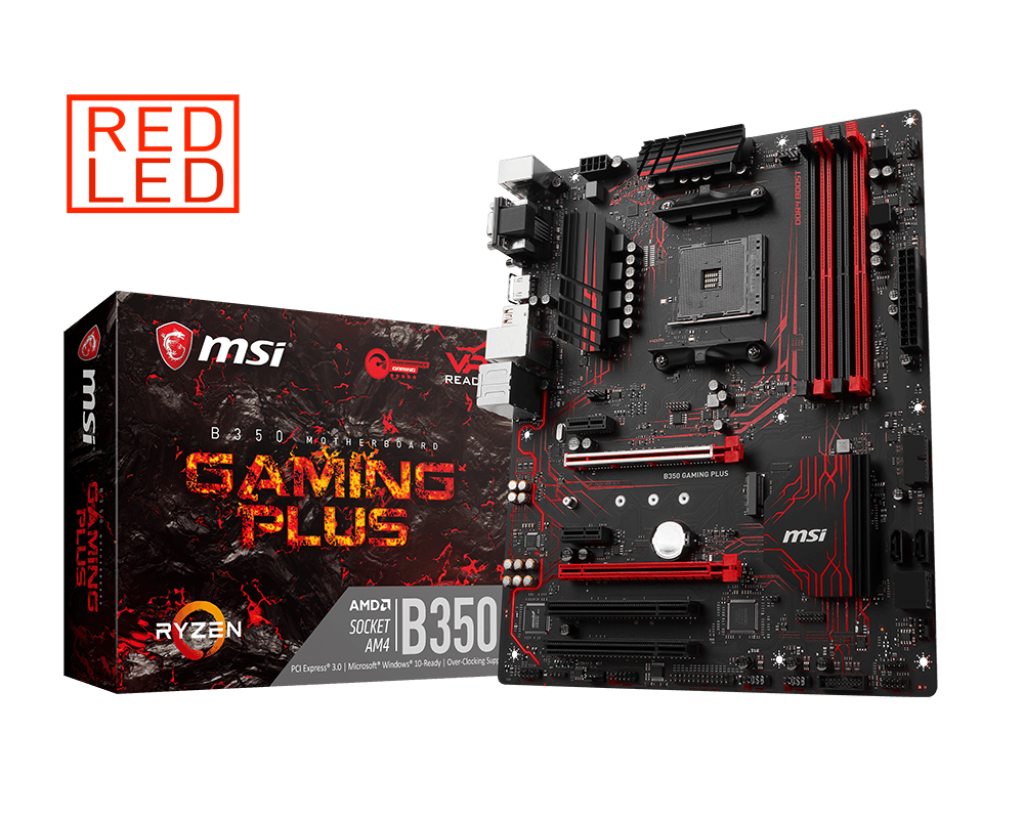 MSI B350 Gaming Plus motherboard supports almost all AMD processor i.e., AMD Ryzon 1st, 2nd generation and A-series or Athlon processor. It supports latest dual DDR4 RAM support up to 3200MHz.  This motherboard is pocket-friendly so you don’t have to worry. The upgraded version is MSI B360 Gaming Plus which have great performance but it costs high.

If you don’t like AMD architecture then check our honorable Intel architecture supported motherboard which is given below. 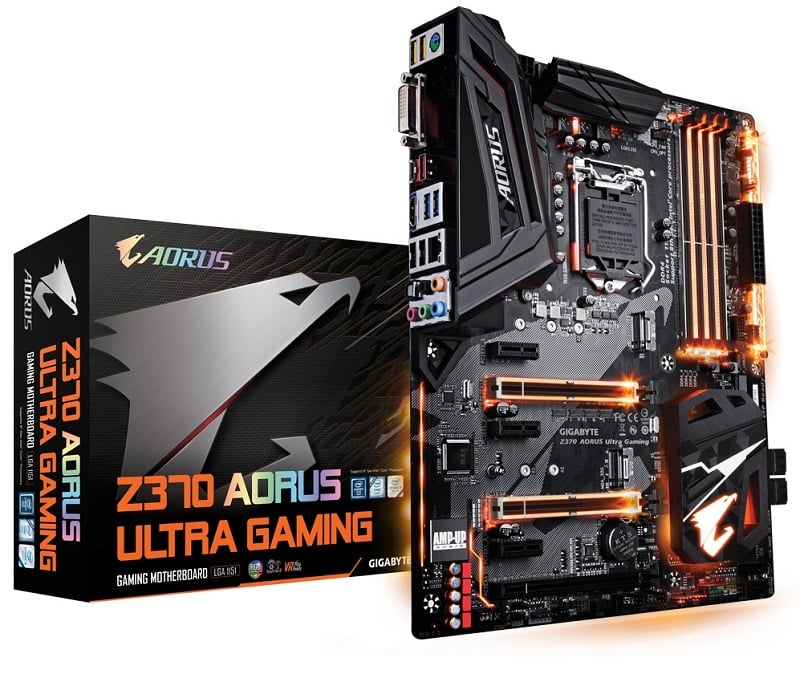 After selecting your favorite motherboard, then you have to choose the CPU or processor which supports your motherboard. We have explained all types of latest generation processor which will be useful for you to build high octane PC.

Without the proper processor, your PC cant runs such games. When selecting a CPU one has to check many things like PSU, motherboard, RAM, and more. Let’s see what kind of processor you have to opt for your gaming PC.

AMD and Intel are two major CPU manufacturing giants. Which regularly update their processor with lots of feature and advantages over previous generations of their processor or CPU. AMD and Intel have launched their latest CPUs (AMD Ryzen and Intel 8th Generation processor) with more performance and cores. But you have to choose the compatible motherboard which supports the latest CPUs.

All these processors are designed by the Intel Corporation which is upgrade over the previous one. For the gamers who want a decent gaming performance over the time has to build a PC with latest and high-end components of the latest generation processors.

If you’re not a big fan of Intel CPU then you have an alternate option. (i.e AMD). AMD processor or CPU is cheaper than Intel CPU. It recently launched their 2nd generation AMD Ryzen processor. AMD is now challenging Intel against its performance core processors which is much cheaper and sturdy than Intel. AMD new design approach made it more power efficient than Intel. Let’s discuss further AMD latest generation processors. 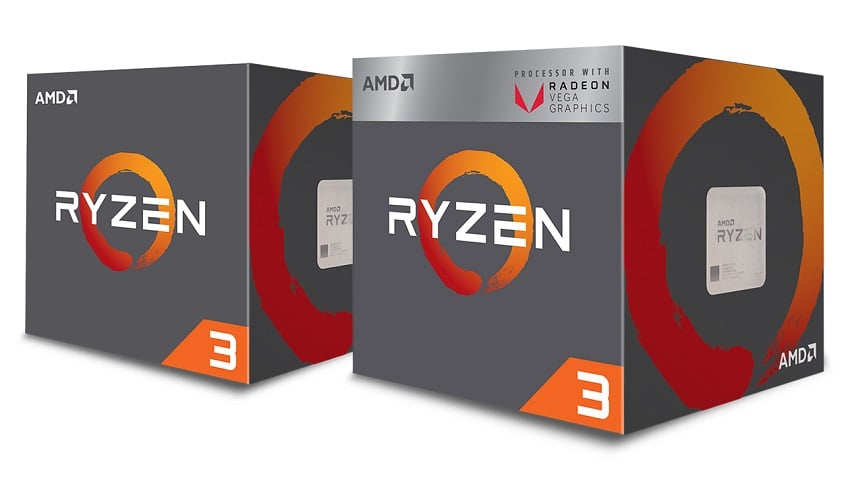 How to find the right processor for your gaming PC?

The main thing one has to consider before selecting the right CPU is to remember these factors (performance, overclocking, decent price, and power efficient). If you have an idea about the CPU but still need a help to sort out the best or right CPU, we are here to sort some best CPU which is right for your gaming PC.

1. For picking up the best or right CPU you have to know about your PC workloads which define your PC’s performance. If you do some simple tasks like browsing the web, watching videos, listening to music, and doing some office work in MS office, etc., then you need a single threaded CPU or else you need multithread CPU which have the higher clock speed and you can do many tasks like photo/video editing and gaming. Although Intel has introduced hyperthreading technology which is used to accelerate certain multi-threaded workloads like video editing and some gaming by allowing two threads to be interchangeable execution on a single core. Thus single core can do the multi threaded workloads that are why Intel has less core compared to AMD. The AMD has such CPU with 16 threads and 8 cores which is higher when compared to Intel CPU and the performance is good, but Intel Hyperthreading technology is great in terms of performance compared to AMD. So chose the CPU which have multi-thread and multi-cores.

2. For picking up the best or right CPU you have to consider the overclocking. The overclocking is the process which is used to increases the CPU’s clock speed to its maximum, which results in extreme performance of your PC. Many CPU’s which are in the market are not capable of overclocking and for overclocking you need the supported motherboard with the special chipset and it may costs you more. Both AMD and Intel CPU does support overclocking but they are less in number and it may cost you more. The latest Z-series motherboard supports overclocking but you have to buy expensive 7th or 8th generation Intel processor. AMD processor is quite a tricker to overclock. Mostly expensive CPUs are capable of overclocking which may be a little hurdle to build your gaming PC. But it is worth to buy an overclock capable CPU.

3. For picking up the best or right CPU you also have to consider the power efficiency because more CPU speed means more power which may result in heating of your processor. Although stock CPU fan is provided by the manufacturer, it will be inadequate if you have overclocked your CPU. The 8th generation Intel processor is power efficient but the high-end coffee lake processor needs more power and the same is with the AMD processors. You can reduce the heat by using extra cooling solutions like fan cooling or liquid cooling which may costs you more but it is necessary to cool down your CPU. And you also need a powerful PSU or power supply unit which is used to supply power to every corner of your PC.

These factors are necessary to be considered to select the right CPU while building a gaming PC.

Once you’ve figured or learned what your needs are, then check out our best CPU’s from pocket-friendly to high-end CPU which are given below