New Firefox v63 is now available for the Android platform with lots of new features and improvements. The most important integration is the Picture-in-Picture mode and notification channels. We already know what PiP mode is capable of doing. If you’are watching a video in full screen, then on pressing the home button or opening any other App, the video screen will resize to a smaller screen. It will shrink to a corner of the display. You can even move the screen to any side or corner of the display.

With notification channel, Android devices browser will now have options for downloads, media playback, location messages, synced tabs, and push notifications. We expect more channels will add up in the coming days. 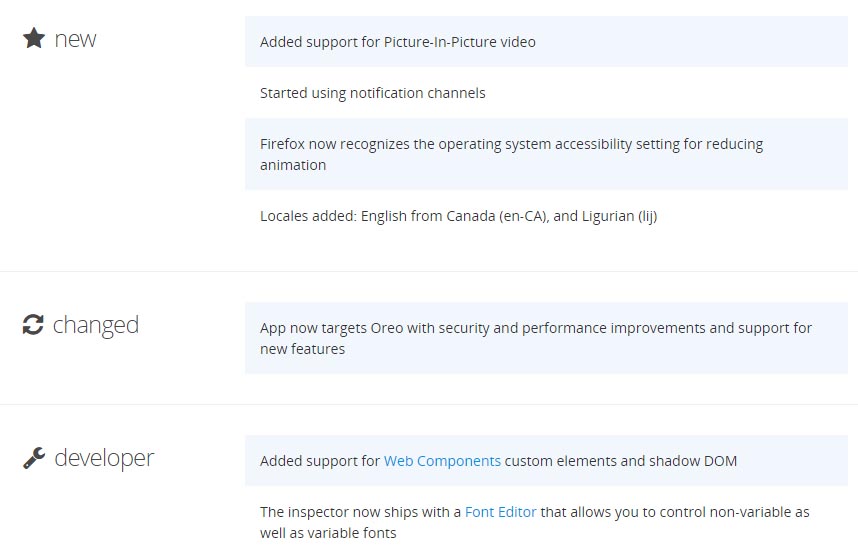 However, the features with Firefox v63 are only supported on devices running Android Oreov8.0or up. We know that picture-in-picture mode is the feature which marked its entry with the Oreo OS.

You can download the latest Firefox v63 beta from Google Play Store. In case you don’t get the Firefox beta from the official source, you can also download it from APK Mirror.