DOOM Eternal was released on March 20, 2020, for Windows globally. This is the sequel of Doom that’s a first-person shooter video game by id Software and published by Bethesda Softworks. Now, the players are getting some of the issues or errors and the black screen issue is one of them. So, if you’re also facing a similar issue, then check out how to fix the Black Screen Issue on Doom Eternal.

To be specific, according to some of the Redditors, the Windows system crashes with a black screen every time whenever the Doom Eternal game starts. Additionally, there is a black screen flickering issue occurring for some of the players who’re using the Nvidia graphics drivers. Though the black screen stays for a while or for around a couple of minutes.

However, there are a couple of steps that can be applied in order to fix this issue most probably. So, if you want to fix the black screen issue while playing Doom Eternal, then this guide is for you. 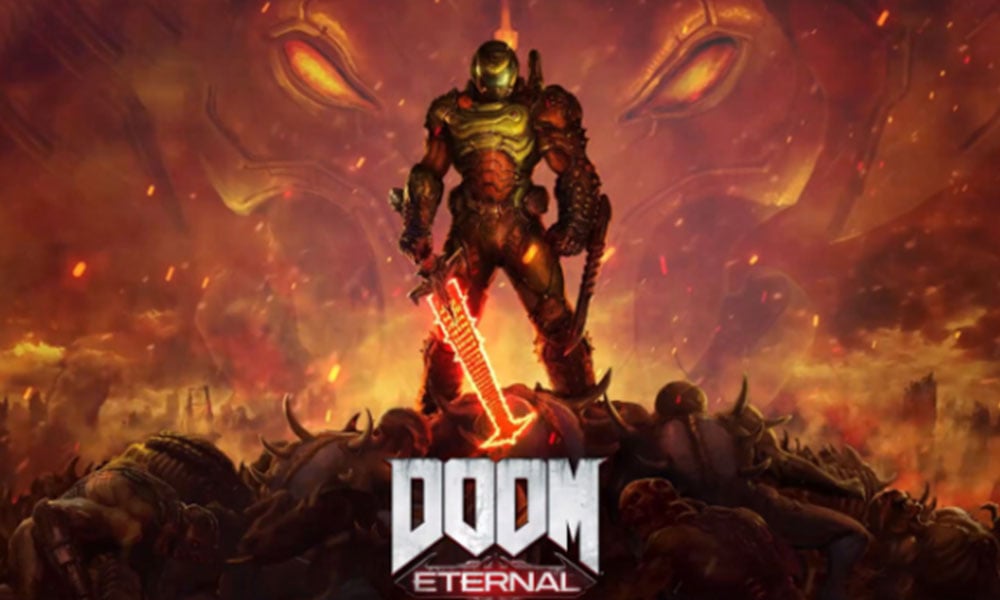 How to Fix Black Screen Issue on Doom Eternal?

For those who’re facing the black screen flickering issue using the Nvidia graphics driver, the Nvidia support team has confirmed the problem with the new driver version as a bug. They are working on it and expected to release a permanent fix later this month.

As of now, if you’re getting the flickering problem or if in case, you’re not getting what is the actual issue, then you should check the update for the graphics driver and Windows. If updated, you should also try to reset the CMOS on your motherboard. Follow one by one steps to fix this issue.

Just use any conductive to connect the two pins together. You can also use a screwdriver but make sure that your system is turned off. Alternatively, you can power off the system and pull out the CMOS battery from the motherboard for a few seconds. Then push and set the CMOS battery (or a new CMOS battery) again & start the computer.

Once done, run any benchmark test for your CPU and GPU. You can use CPU-Z or Cinebench for CPU and Heaven UNIGINE for GPU. If any of them crashes, then you should know where is the fault. But if in case, you can’t see any crashing then run the game check whether the issue is occurring or not.

You can also try to use other PSU. Some times the power supply unit can cause black screen related issues. Otherwise, you can follow some other possible workarounds given below.

DOOM Eternal causing crashes on some system configurations while using Ultra mode, Nightmare, or Ultra-Nightmare graphics settings (Ryzen and RTX GPU cards). So, make sure to adjust settings on high. If in case, you’re getting crashes or errors, try to use default settings.

If you’re using antivirus software on your Windows system then you should disable the Antivirus software while gaming. Meanwhile, you can also set an exception for the Doom Eternal game and start running it. You can also restart your computer to change effects and then try to play the game.

In order to get the best graphics performance with the visible benchmark jump, you should also turn off the V-Sync in the graphics settings as a temporary solution.

Meanwhile, we can also suggest you turn off your computer > remove the power socket > open the CPU side panel/lid > detach and plug back in the Graphics Card > close the side panel, turn on the computer and check the game again.

Still, the above methods are not working? That may be a Graphics Card problem and you can go to any nearest service center for further help.

That’s it, guys. We hope you’ve found this troubleshooting guide useful. Feel free to ask in the comments below for any queries.