Bose SoundLink is a well-known Bluetooth speaker that millions enjoy music daily. The American audio manufacturer equipped the wireless speaker with many functions and features. Wireless speakers owners have complained about the SoundLink not charging or not turning off, no matter what they do. Speaker owners have tried to turn on the device, but it was in vain. Charging the SoundLink didn’t work, which led to many unconfirmed conclusions. 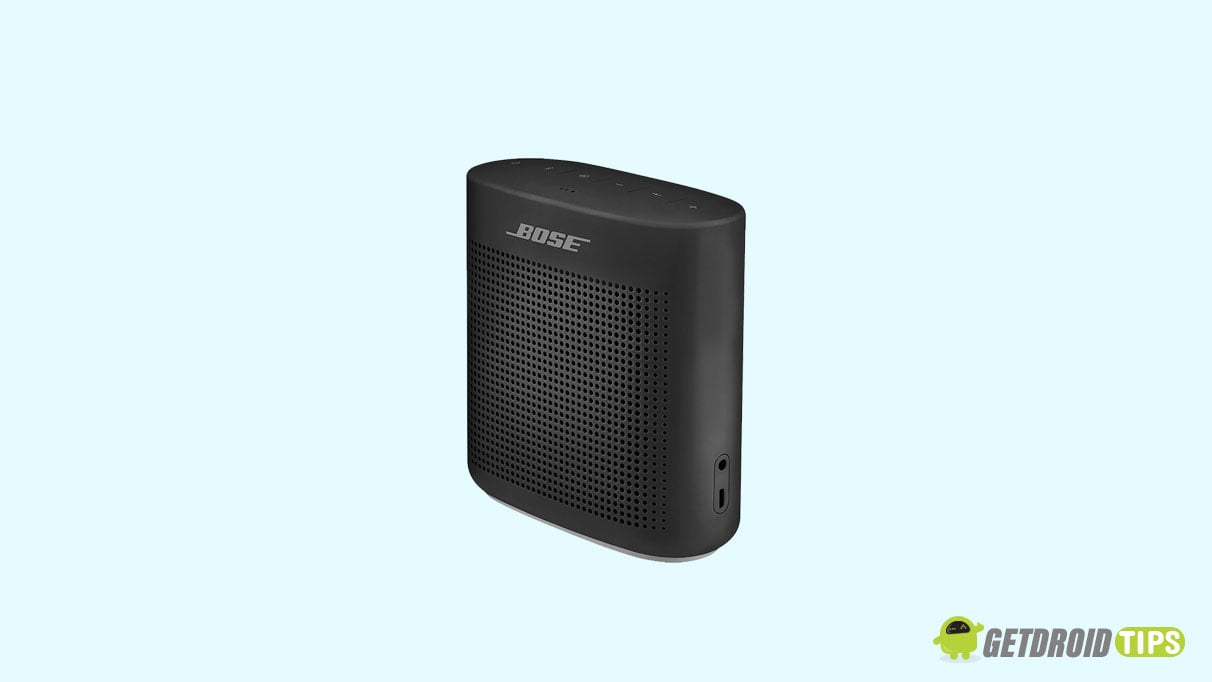 Why is Bose SoundLink not charging or turning on?

Bose is not an average audio equipment company, and they have improved the technology over the years. The manufacturer started in 1964 and released industry-defining audio devices throughout the decades. There are a few reasons why Bose SoundLink failed to turn on and was unable to charge despite using the genuine cable. I listed the reasons below and may prevent SoundLink land in the same situation again.

You might have let the Bose wireless speaker run out of juice, and it has shut itself down. Manufacturers have added battery protection functions to the device to decrease degradation. The American audio manufacturer puts a premium price tag on the speakers in exchange for high-quality products and features. The consumers won’t be happy if they had to replace the battery in a shorter period. The protection mode may have kicked in and prevented the owner from turning on the speaker.

Battery health is a unique selling point these days, and that’s why companies are implementing new functions to prevent faster battery degradation. Your wireless speaker might be working fine, but it’s the battery protection mode that could be causing the issue. Many users remove the AC cord from the speaker, and they don’t use it for 14 days, then the BPM turns on to preserve power.

Unfortunately, Bose ships a charger with SoundLink devices. You have to use the charging brick available on your desk, and it can be from any manufacturer such as Bose, Samsung, Apple, etc. Most speaker owners charge the device from a Mac or Windows PC. Modern computers don’t produce enough juice from the USB-B ports, and the power output is not enough.

You are controlling the Bose wireless speakers through proprietary software. There might be a software issue in the wireless audio device, and it’s not easy to fix it manually. SoundLink doesn’t have a dedicated display, and you don’t have a navigation menu. However, I have shown you a way to reset the firmware in the Bose speakers.

The manufacturer bundles a micro USB in the box, and that’s all. You don’t get a charging brick in the box. The USB cord might be faulty after years of wear & tear. Buy a new USB cord from the nearby store. Or you can use a spare USB cord if you have one lying around. Bose covers the accessories under one year warranty, and they might provide a replacement cord. Contact customer care using the Toll-Free number, and learn about the accessories warranty terms in your region.

The SoundLink speaker may have a hardware-level issue, and it’s time to contact the nearby service center. Find the nearby Bose service center, and let the certified engineers take it from there.

FIX: Bose SoundLink Not Charging or Turning On

I have suggested official solutions to fix Bose SoundLink devices. Repeat the wireless audio solutions the second time if they don’t work out in the first go.

The charging cable might be faulty, and it’s not passing the juice to the battery. We all have a spare USB-B or USB-C cable and charge the device using a mobile power brick. Remove the USB cable from both ends, and let it rest for a couple of minutes.

A. Kindly use a high-quality cable and avoid $1 cables from the market.

Use the spare USB cable and charge the wireless speaker.

1. Press and hold the Power button for fifteen seconds.

2. Release the Power button when the blue light appears on the screen.

3. Select the language when the voice command prompts.

4. The SoundLLink software reset is complete.

The software may have erased the connected devices, so you have to pair the smartphone, tablet, etc. However, paring the wireless speaker with the smartphone shouldn’t be an issue.

There is a way to kick start a SoundLink device using the force start method. You may have drained the Bluetooth speaker battery to zero, and it could have caused the Bose speaker to go into battery protection mode. You need a genuine USB cable, a PC, and a speaker.

1. Pick up the charger and plug it into the wireless speaker.

2. Plug the USB cable into a Windows or macOS, or Linux machine.

3. Press and hold the three-dots (Multifunction) button for fifteen seconds.

4. Unplug the USB cable from the PC after fifteen seconds.

5. Release the three-dots (Multifunction) button after a few seconds.

6. Plug the USB cable back into the PC.

The wireless speaker should turn on with the flashing orange light indicating that it’s charging the device. It could be a software-related issue, and it has happened to many one-month-old SoundLink speakers.

Bose introduced Battery Protection Mode in the SoundLink devices. The BPM turns on automatically, if you have removed the AC power connector, and didn’t use it for fourteen days. The software feature protects the battery from aging and gives you similar performance even after weeks. Let me show you how you can reactivate the SoundLink device.

1. Pick up the USB cable and connect the wireless speaker to charge it.

2. Let Bose speaker wake up in a few seconds.

3. Press the Power button once after the charging light turns on.

You have reactivated the Bose SoundLink, and you can remove the USB cable from the port. You can repeat the instructions if it doesn’t work out the first time.

1. Turn on the SoundLink speaker.

2. Press and hold the Power button for ten seconds, and the power LED indicator goes off.

3. Release the Power button after all LED lights to blink at once.

You have successfully restored the Bose SoundLink settings to the original settings. You can repeat the speaker’s restore process if you couldn’t get it once.

No software is 100% stable in the world. Bose gathered first-class software engineers in the world for the in-house developer team. The in-house team receives detailed reports on the bugs, glitches, etc. You have to update the SoundLink firmware from time to time for stable performance. Bose released a dedicated app for Android and iOS devices. You can use the dedicated Bose Connect app to update the audio equipment firmware. Install the Bose Connect app, and connect the Bluetooth speaker.

2. Turn on the SoundLink and make sure the device is connected.

3. Swipe up from the bottom to reveal more settings.

4. A notification pop-up at the top of the screen.

“Your update is ready!”

6. Read the update notes, then tap on the “UPDATE” button.

The SoundLink battery might have reached its end life cycle. I implore the readers to approach an authorized service center because they have the tools, spare parts, and reliable engineers. Consider the third-party repair stores as a second thought, and this could be a battery issue. Bose service team can swap the battery with a new one, and it may give the wireless speaker another few years of life.

You can fix Bose SoundLink not charging or turning on by applying official solutions. Millions have solved the SoundLink speaker issues using the methods that I have suggested above. A dead battery is a viable culprit, and you should contact the authorized service center for genuine parts and professional repair. Let us know how things went on your side in the comment section below.