After waiting for a couple of months, Call of Duty: Modern Warfare and Black Ops Cold War is finally merged with the online battle royale Warzone. So, the three standalone first-person shooter video games are now working as one unit and there is a ton to offer in the gameplay. Meanwhile, players can easily get the battle pass and XP progression across all three gaming titles. Now, it seems that some of the unfortunate players are having issues with the COD Modern Warfare Warzone Dev Error 6661.

Especially with the Call of Duty: Warzone has included lots of errors or bugs which have been already affected the Modern Warfare gaming experience and now it’s time for Black Ops Cold War. The dev errors are one of them which basically prevent players to join in online matchmaking whatsoever quite frequently. As it’s not expected from a popular franchisee like Call of Duty, the affected players have started reporting on various online forums to get a workaround for it.

So, the latest dev error 6661 is also doing the same thing like preventing players from joining online matchmaking across all three titles like Modern Warfare, Black Ops Cold War, Warzone in the Season One battle pass. Though there is no actual reason available yet as the error code is quite new, it basically starts appearing during the Call of Duty online multiplayer sessions. 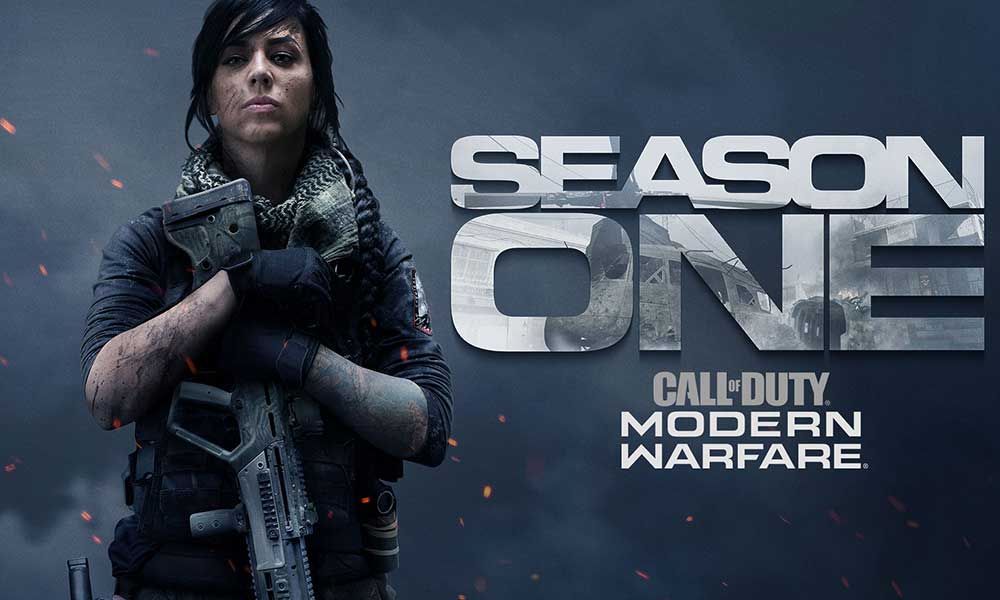 According to plenty of reports on the Activision Support forum, it seems that after getting the new Season One patch update, more & more players are having this particular dev error 6661 issue on the PC. The game also keeps crashing every couple of hours or so which is really frustrating for all. Activision hasn’t mentioned anything yet on this issue.

Meanwhile, the players have also started sharing their dev error 6661 issue on the Warzone subreddit which indicates that in every 4-5 hours of gameplay, this particular error code is appearing whatsoever. Alternatively, reinstalling the game, updating graphics drivers, etc doesn’t seem to work for everyone. However, you should try performing some of the possible workarounds below.

1. Reboot Your PC or Console

Well, restarting your gaming device can be a boring thing to do sometimes. However, it’s one of the most common workarounds that should fix multiple bugs or glitches in a jiffy. Simply shut down and restart your console or PC to get it fixed in most cases. Unfortunately, if that didn’t work for you, try another method.

2. Power Cycle Your PC or Console

You can also perform a complete power cycle to your gaming device to clear temporary glitch or cache-related issues very easily. This method also works for networking issues like server connectivity errors or matchmaking issues.

Similarly, power cycling your Wi-Fi router can also fix multiple issues with gaming. If you’re sure that your PC or console is working well and there is some issue with the router which may cause internet connectivity problem then you should try this method.

It’s also highly recommended to cross-check the internet connection whether your network strength is fine and speed is fast enough or not. If in case, the internet speed isn’t fast or stable enough, you may go through plenty of online connectivity issues while streaming or playing online games.

PC users can check their active internet connection from the speed testing sites online. While the console users can directly check the same from the networking speed test under the settings > Network / Internet option.

It’s also possible that the missing or corrupted game files can cause multiple issues with the gaming on the PC during updating the game, installing the game, etc. So, it’s always a better idea to verify and repair the COD game files via the Battle.net launcher (Blizzard).

Finally, try running the Season One game and check if the COD Modern Warfare Warzone Dev Error 6661 has been fixed or not.

Updating games can always be a plus point of having a good gaming experience without any compatibility issues. Although in some cases, the latest game updates can bring bugs or errors, it’s always a good idea to update your games.

Try to keep up-to-date with the firmware of your gaming device always. It’s better to have an updated software version to become compatible with your latest games. Just head over to the settings menu of the respective gaming device platform and check for the firmware update. If there is any update available, just install the update.

According to plenty of reports, by reinstalling the Call of Duty Modern Warfare / Warzone game on the PC, the dev error 6661 can be fixed. So, give it a try as well.

While the console users can also reinstall the respective Call of Duty game from the PlayStation Store again.

However, if none of the above methods worked for you, then you should wait for the official patch fix and keep reporting on Activision Support for further assistance. Till then stay tuned for more info. We’ll keep updating this article if there is any new report or update arrives.