Are you searching for the answer to the query ‘How to fix Huawei Honor 9 Lite that won’t turn on?’, well, we have exactly the solution that you are looking for. Phones have become reliable and multifunctional over the course of a few years. But, there is a flaw. Smartphones are electronic gadgets that often attract issues that either can be resolved or leave a permanent imprint on the device. A crack on the screen is something permanent while the shortage of memory is a temporary problem that one can fix pretty easily. But here, we are looking for a software or probably hardware-related issue i.e. Power. Many users have claimed that Huawei Honor 9 Lite doesn’t turn on at times. It can be due to a number of different reasons, however, it is not only applicable to Huawei only but all Android smartphone suffers from this issue. 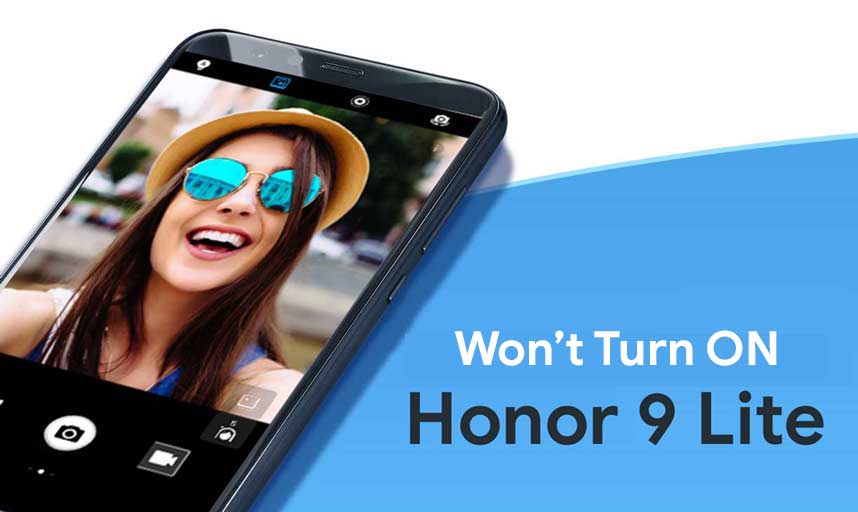 A system crash is potentially the culprit where the system comprising of apps, tools, and services on a device crashes. This can result in serious issues such as the phone getting switched off automatically and doesn’t reboots anyhow you do it. System crashes due to overburden or excessive resources being used which causes performance deficit and thus, the phone goes blank and unresponsive. Our users quoted this problem with their devices for which, we have found effective solutions to curb it.

How to fix Huawei Honor 9 Lite that won’t turn on?

Note that although these methods stated below can fix performance and power-related issues and hopefully, a host of other issues that the user has been observing. On the contrary, these methods are crafted assuming that your phone doesn’t have any physical or liquid damage that can hinter with the hardware. Technicians at service centers can easily fix these issues. If it’s not any hardware-related issue and the phone literally and apparently went unresponsive while you were using it, these solutions can be effective.

If the phone has become unresponsive or it doesn’t take any touches as inputs, you can’t turn it off using the general method. There is an alternative available where you can force reboot the phone to check if it restarts or not. For Huawei Honor 9 Lite, you will have to press Power Key and Volume Down button together for 10 to 20 seconds. This is an efficient method since it makes use of a battery pull that refreshes the battery and the phone undergoes a battery cycle that is, first it will automatically switch off, and then, it will boot in the normal mode.

If the above method isn’t successful, try its alternative which basically has the same effect but is more powerful than the other method. To practice it, press the Volume Down button first and hold it for a few seconds. Now, press the power key and then hold it for a few seconds. This will initiate battery pull and will influence the phone to reboot.

Did you try the other two methods mentioned above? Did it work? If not, the problem can be the battery which has drained. Trying to revive the battery utilizes an amount of battery life and that is why, even if the system crash has been resolved, the phone won’t restart as it doesn’t have the proper battery backup to withstand that power required during startup. There is an easy solution for it too. Simply plug the original charger that you received with the phone or an equivalent output charger and plug it into the phone. Leave the phone charging for 10 to 15 minutes without disturbing it. Now, try to reboot normally or try the forced reboot solution. That must revive the device to work in normal mode.

After it restarts, you can check the apps consuming excess resources on the phone, and then, you can uninstall or disable the service if not required. That’s it. These are all the solutions that you can work out for the phone to reboot in normal mode. Get to know how to fix other issues with your Huawei Honor 9 Lite smartphone at GetDroidTips or Read More here –