Moto Z2 Force, a modular and efficient smartphone has a 4/6GB RAM configuration with 64/128GB ROM that makes it quite fast processing phone. But at the end of the day, it is a smartphone which will lag or freeze sometimes when the system is overburden. Thus, what to do? How can you troubleshoot Moto Z2 Force screen freezing mode and how to fix it. This is a quick guide that will help you ascertain the issue and find a quick fix appropriate to the issue and curb it before it becomes big. 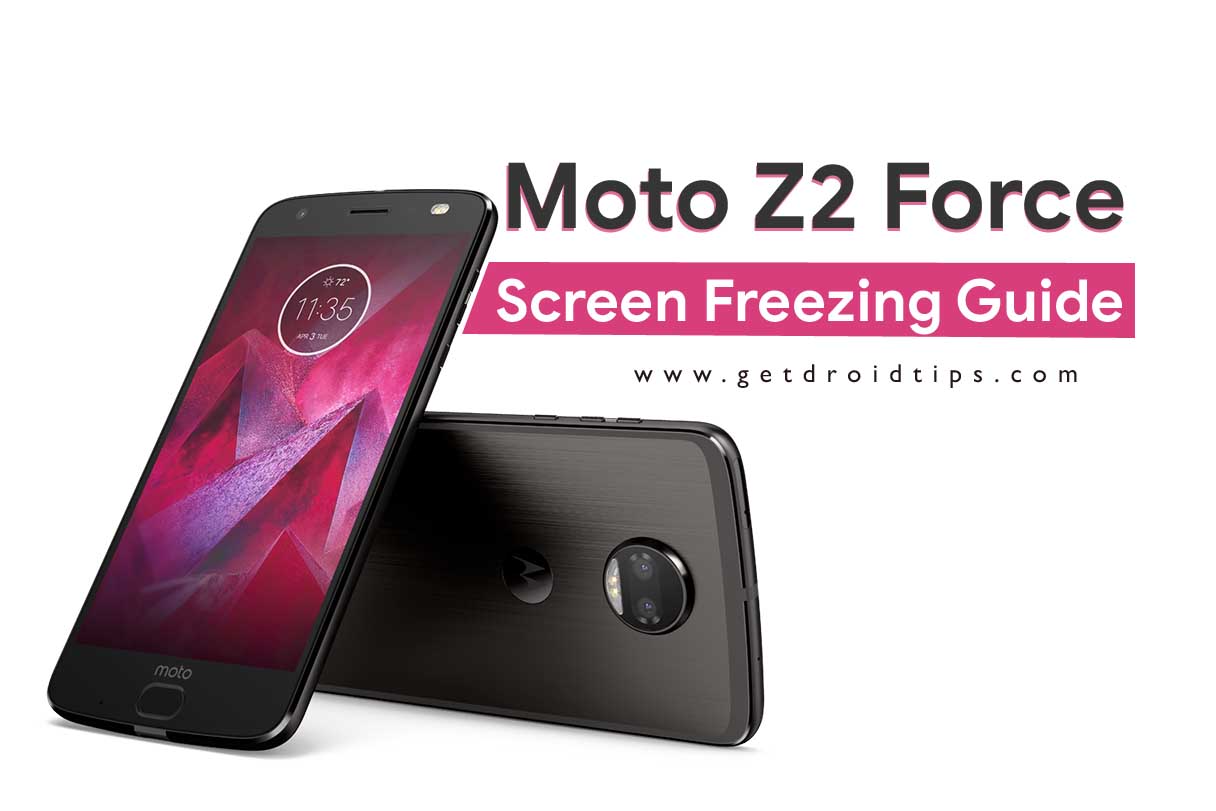 How To Troubleshoot From Moto Z2 Force Screen Freezing Mode?

There are plenty of ways how you can treat your mobile out of unresponsive or frozen mode.

The very first method in this explicit guide is using a soft reboot. If your phone has a removable battery, consider removing the battery and keep it idle for a few seconds. Then, plug the battery into the slot and press the Power button to restart the phone into normal mode. This is a basic method towards treating the phone back from being unresponsive. If this doesn’t help, you can try other methods in this guide.

This method is particularly for a phone which has non-removable battery such as Moto Z2 Force, Moto X4, and others. For that, you can perform the given steps –

This is particularly a measure taken to ensure that the phone doesn’t crash and becomes unresponsive. The modern days Android System gets patches and updates at a definite interval of time. Keeping the phone up-to-date will enable it to harness all the processing power and resources available at disposal. The apps which are outdated can develop problems while running as well as bugs that can hinder with the data stored in the phone. Moreover, outdated apps cause the phone to behave abnormally and cause it to freeze or become unresponsive. You can update the apps by going to Settings > Apps or go to Google Play Store > My Apps & Games and click on the apps to update it.

Safe Mode allows the users to diagnosis and check which app or service is causing a problem like Moto Z2 Force screen freezing. Going into the safe mode is comparatively simple and doesn’t risk the data stored on the phone. Simply press the Power Button to switch OFF the phone and keep it idle for some time. Then, Press Power key and prompt the phone to boot in safe mode by pressing Volume Up / Down key once while startup. The process could take several attempts before you can actually enter into the safe mode which is similar to entering recovery or fastboot mode.

Your smartphone can handle a number of apps at once but clogging the phone with apps that aren’t used often causes problems. There are plenty of bloatware already and then we have apps which are seldom used. Note that the apps which we use occasionally can be downloaded again rather than keeping it stored on the phone. Apps have background processes which harness some of the resources even when not in use and that is why you must either uninstall the apps or practice force stopping apps which are not required but running in the background.

You can do the same by going to the “Settings” tool on your phone and then, proceed to the “Apps” section and then, uninstall the apps listed under “Downloaded” section. To practice force stop that doesn’t require uninstallation, you can scroll to the “Running” section to check which apps are running and then stop it forcefully. This frees up the space on RAM that would be used for future processes rather than lending it to this dormant and unused apps.

When your phone becomes unresponsive due to an issue, you can get it fixed using the hard reset method. This is an irreversible method wherein the data lost due to FDR is not retrievable. Smartphones which behave unresponsively and if it seems like no other method is used, this is the method you can approach to get the phone out of freeze screen. The users can take a backup of the phone if it still accessible and powered on by sending the files to the Google Drive or moving it to the SD Card and then remove the memory card for its safeguard until further used. Also, users can also use USB Cable to connect the phone to the computer to backup the data. The guide for Factory Data Reset (FDR) is as follow –

If your phone usually hangs and the screen freezes often, you can perform a reset using the Settings tool on your phone.

Switch OFF the Moto Z2 Force or press Power key for few seconds until the screen goes OFF.
Then, Press Power Button and Volume Down button for few seconds until the Android symbol appear.
Here, you can read the instructions that say either Power Key as “Select” and Volume Down as “Scroll” or similar.
Use the directions as given and select “Factory Data Reset” from the available options.
Agree to wipe out complete data and then, the phone will automatically restart into factory settings.

These were some of the methods you can employ to bring your Moto Z2 Force screen freezing problem to an end. Don’t stop reading just yet. There are plenty of other tips and tricks that you can learn and practice on GetDroidTips.