You could now click pictures from your Galaxy Note 9, S9, S20, S10, and Galaxy Z Flip using the Galaxy Watch, with the help of the Galaxy Camera Control. The latest addition to the Galaxy series, the S20 boasts of some impressive specifications. For the uninitiated, the device comes with Qualcomm SM8250 Snapdragon 865 chipset in the US and Exynos 990 (global variant). The storage is around 128GB and should be sufficient to meet your requirements. And with 8GB of RAM, you are guaranteed a beast of a device. Even in the camera department, you get a triple rear camera of 12+64+12MP whereas the front camera is capable enough to record videos at 2160p@30/60fps. Well, even the other Galaxy devices that we have mentioned above have equally impressive specs.

And if you are using the Galaxy Watch along with the device, the benefits are bound to increase. Today, we will be sharing one of its quite impressive functionality. In this tutorial, we will list out the steps through which you could take photos from your Galaxy S20 device using Galaxy Watch, via the Galaxy Camera Control app. And that’s not it. A new update version 1.0.79 (2020.06.03) has expanded the support to Note 9, S9, S20, S10, or Galaxy Z Flip devices as well. So a moment for the Galaxy owners to rejoice. Furthermore, the Galaxy Watch isn’t the only supported watch, the list includes other smartwatches from Samsung as well. So don’t forget to check out the compatibility list that we have mentioned in the next section below. 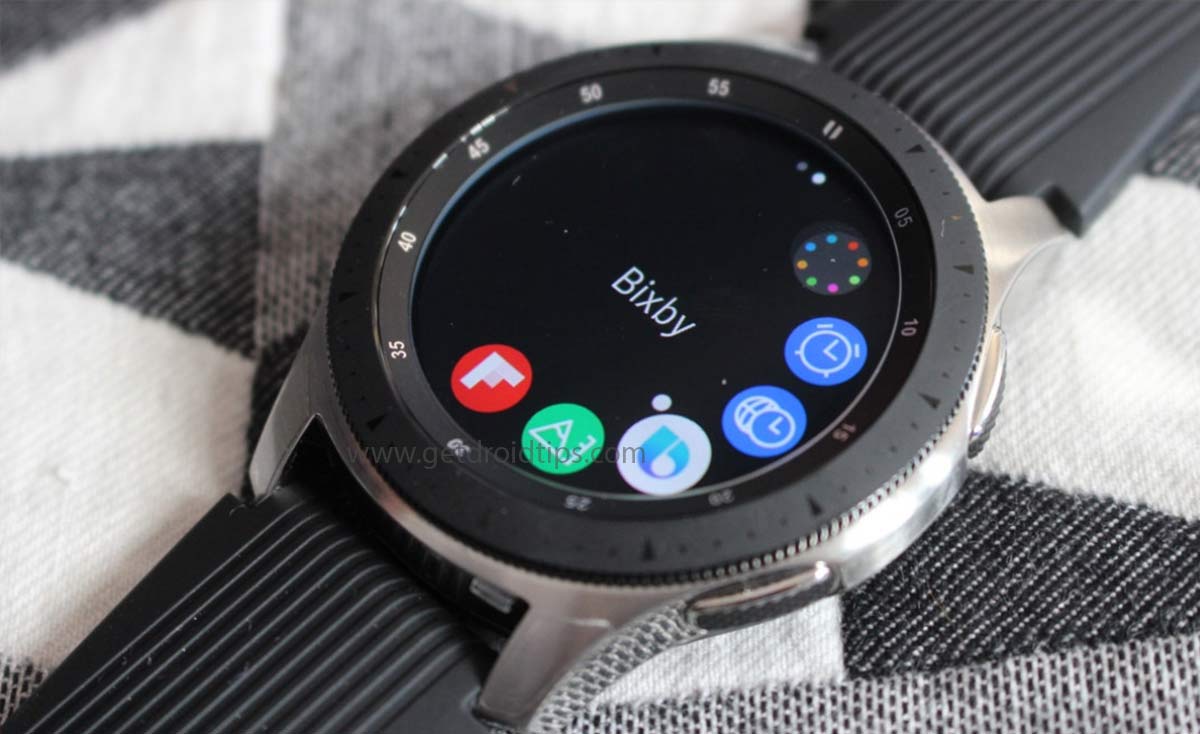 For this tutorial to work, you will be needing the Galaxy Camera Control app. This app isn’t available on the Play Store and is Samsung Galaxy Store exclusive. The app already provides many useful features, and this recent addition will be liked by many. Using this feature, you could easily capture photos and videos on a connected Galaxy device using their smartwatch. We saw the first glimpse of this feature alongside the launch of Galaxy Watch Active2. And after receiving an update versioned 1.0.79 (20.04.02), the compatibility list has been further expanded.  There’s another update lined up as on 3rd June, version 1.0.79 (2020.06.03), which has added more Galaxy devices to the list. Do check out if your device is a part of the same or not, from below.

So if you are having any one of the above devices (and watch as well), then head over to the Galaxy Store and download the Camera Control App right away. With the company already working on the ECG support for their watch, it is a welcome move to see this feature being added. As and when new devices get added to the support list, we will update this guide accordingly. So bookmark this page so that you don’t miss the latest developments. On that note, do let us know what you think of this feature, in the comments section below. Likewise, don’t forget to check out iPhone Tips and Tricks, PC tips and tricks, and Android Tips and Tricks to know more about them.