Genshin Impact has its currencies that you need in order to unlock weapons and characters. One of the currencies, named Masterless Starglitter, is hard to find in the game. Besides, there is an entirely different pattern to obtain this currency. Moreover, you can not obtain these currencies by completing missions or defeating bosses.

If you, too, find it difficult to collect the Star Glitters, you are in the right place. We will share some of the most important points you should keep in mind if you want to get Masterless Starglitter in Genshin Impact. 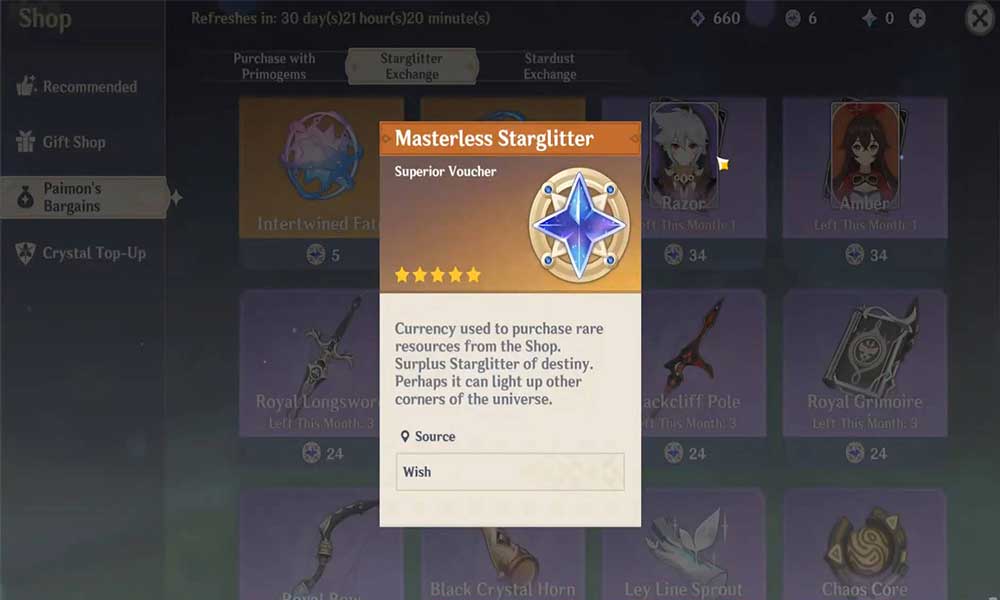 How to get the Masterless Starglitter currency

That’s all we got with obtaining Masterless Stargliiter in Genshin Impact, and we hope this guide helped you. Now, check out our Windows Guides, Gaming Guides, Social Media Guides, iPhone, and Android Guides to know more. If you have any queries, comment down with your name & email ID. Moreover, subscribe to our very own YouTube Channel in order to watch awesome videos on gaming and smartphone tips and tricks.