HiSense, the popular Chinese TV manufacturer, has unveiled its new 5G smartphone i.e., HiSense F50, back on April 20th. HiSense is a brand that comes with awesome specifications and decent pricing. This new smartphone is the first device to sport the UNISOC Tigr T7510 SoC, which is built on 12nm of TSMC’s platform. Further, it sports 6.52-inch display, 6GB RAM, 128GB storage, quad rear cameras, 5010 mAh battery with support for 18W fast charging, and runs on the latest Android 10.

If you are here, then you probably want to install the Google camera on your HiSense F50 5G. Google Camera is just a normal camera app with simple UI but some of the useful features. These features you won’t find in any mid-range device normally. Meanwhile, the Google Camera runs on powerful software API which works perfectly and offers stunning image and video quality. The majority of the users find it useful whether in daylight or night condition than the device stock camera. It has a nice simple user interface, on-screen modes/options, and settings as well.

In this guide, you can now install the Google Camera on HiSense F50 5G without any hurdle. What we share here is the ported GCam app from the original Google Pixel device. This version is compatible with other device models as well. Thanks to some of the creative and hard-working developers such as Arnova8G2, BSG, and Urnyx05 who’re trying hard to make ported GCam APK files to most of the devices out there. Before that let’s find out What’s new in HiSense F50 5G. 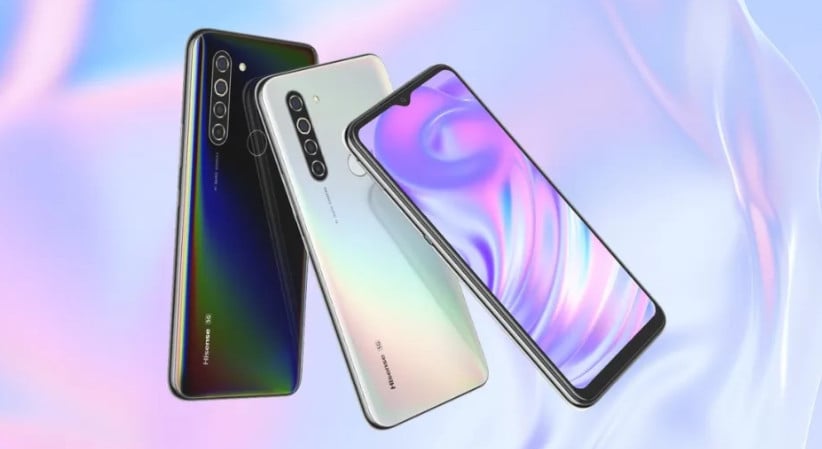 The HiSense F50 5G sports a 6.52 inches IPS LCD display with a waterdrop notch (an aspect ratio of 19:5:9) and a Full HD+ resolution. The backside of the phone has a nano-scale holographic texture. This rear panel also comes with support for high precision optical lens coating technology. This rear panel also comes with a physical fingerprint scanner. The device is available with 6GB of RAM, and 128GB of onboard storage.

Coming to the internals of this new HiSense F50, it sports the UNISOC T7510 SoC. It uses 2T4R transmission technology. The number of antennas has doubled. Further, there is a newly upgraded WiFi MIMO dual-antenna technology. Just like other CPU’s, it also has octa-core CPU architecture, which is composed of four 2.0GHz Arm Cortex A75 and four 1.8GHz Arm Cortex A55 cores. At last, it supports 4K @ 30fps codec, 802.11AC, Bluetooth 5.0, and other capabilities. As said, one of the key features is the UNISOC T7510 chip. The latter supports SA / NSA dual-mode network (N41 / N78 / N79 and other 5G mainstream frequency bands). Interestingly, it also supports intelligent seamless switching between 5G and 4G.

The HiSense F50 5G packs a massive 5,010mAh battery, and this also comes with support for 18W fast charging. The device runs on the latest Android 10. Finally, coming to the pricing, it starts at 2,199 Yuan.

Here we have mentioned the list of features/modes which are working and not working on Google Camera ported beta app for HiSense F50 5G. The issues/bugs may be fixed in the future.

I hope this guide will help you a lot and you have now successfully installed the Google Camera ported app on your HiSense F50 5G handset. In case, if you’re facing any trouble, feel free to write down in the comments below.