The Samsung Galaxy Note 10 lineup devices are one of the best flagship smartphones under the Note segment in 2019 globally. The device literally delivers almost every aspect from design to hardware to software to other features. But Samsung’s Note series smartphones always priced higher so, the affordable flagship users can’t get that easily. But not anymore. Samsung is almost ready to compete with OnePlus & Xiaomi by releasing the much affordable Samsung Galaxy Note10 Lite model with two variants which are a good sign. If you want to enjoy a better picture, install Google Camera on your Galaxy Note 10 Lite.

How to Unlock Bootloader on Samsung Galaxy Note 10 Lite

Google Camera is just a normal camera app with simple UI but some useful features. These features you won’t find in any mid-range device normally. Meanwhile, the Google Camera runs on a powerful software API which works perfectly and offers stunning image and video quality. The majority of the users find it useful whether in daylight or night condition than the device stock camera. It has a nice simple user interface, on-screen modes/options, and settings as well.

In this guide, you can now install the Google Camera on Samsung Galaxy Note 10 Lite without any hurdle. What we share here is the ported GCam app from the original Google Pixel device. This version is compatible with other device models as well. Thanks to some of the creative and hard-working developers such as Arnova8G2, BSG, and Urnyx05 who’re trying hard to make ported GCam APK files to most of the devices out there. Before that let’s find out What’s new in Samsung Galaxy Note 10 Lite. 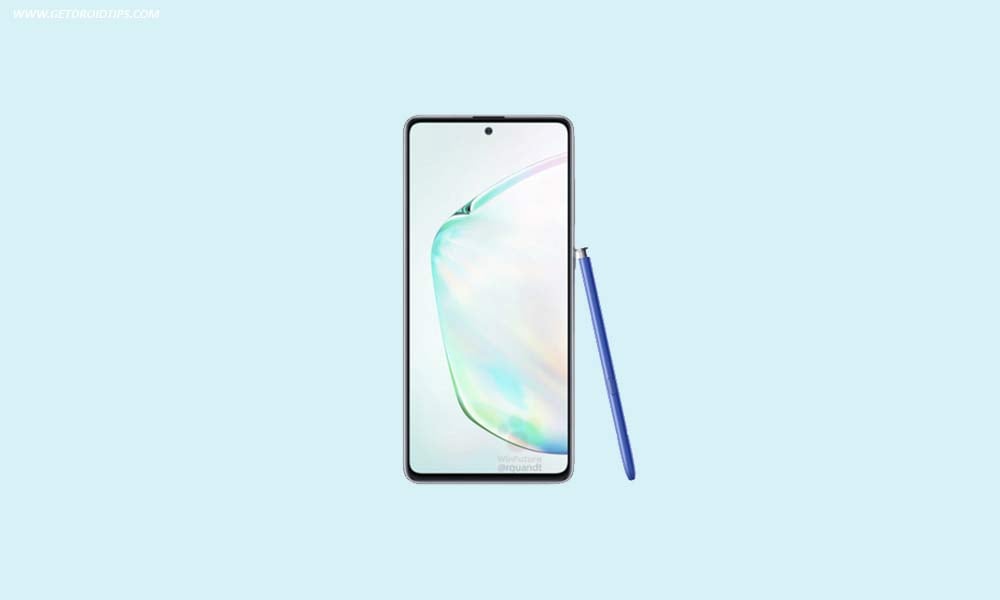 Samsung Galaxy Note 10 Lite gets an edge-to-edge display with a center hole punch camera cut out. To be more specifically it sports a 6.7-inch FHD+ Super AMOLED Infinity-O display. The device sports a resolution of 2400×1080 pixels and a pixel density of 394 PPI.  The phone has an in-display fingerprint scanner and since it’s a Note series device it comes with the S Pen stylus built-in. The stylus supports Bluetooth Low-Energy (BLE standard) and offers the usual set of features such as multimedia control, clicking a picture, and Air Commands.

Here we have mentioned the list of features/modes which are working and not working on Google Camera ported beta app for Galaxy Note 10 Lite. The issues/bugs may be fixed in the future.

I hope this guide will help you a lot and you have now successfully installed the Google Camera ported app on your Galaxy Note 10 Lite handset. In case, if you’re facing any trouble, feel free to write down in the comments below.