If you are someone who is wondering whether Samsung Galaxy Note 10 Lite will get the official Android 13 (One UI 5.0) update, then let’s find out. In this article, we will make sure to update you on all the Samsung Galaxy Note 10 Lite Android 13 (One UI 5.0) related news, information, and downloads, and also guide you to flash the firmware on your device. 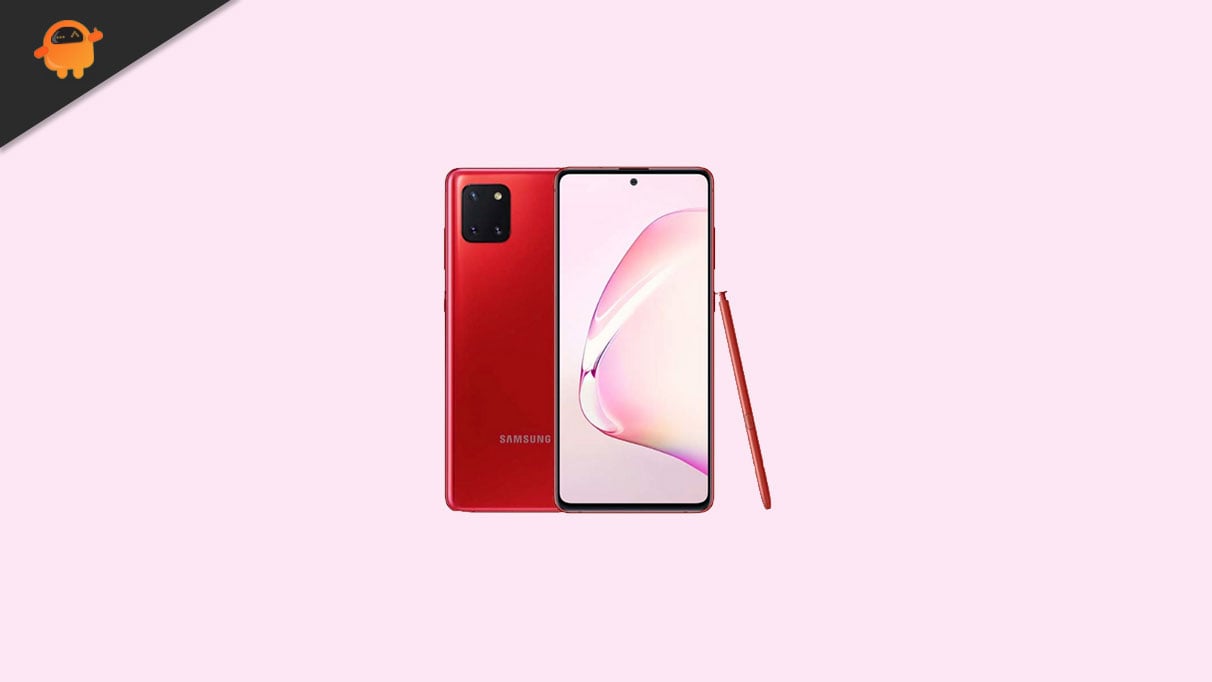 According to Samsung’s official blog, the company is committed to delivering 3 major Android OS updates and 4 years of Android Security Patches. Well, Samsung Galaxy Note 10 Lite came out of the box with Android 10 based on One UI 2.0, later received its first major OS update; Android 11, and recently received the Android 12 on top of One UI 4.1. There is no info on whether Samsung will roll out the Android 13 to their Samsung Galaxy Note 10 Lite anytime soon. However, if you are here to know the exact date, we regret it because no such news is currently coming out from the official’s side. But, it is confirmed that by the end of 2023, Samsung will roll their Android 13 update to their devices starting with flagship and midrange.

Samsung Galaxy Note 10 Lite gets an edge-to-edge display with a center hole punch camera cut out. To be more specific it sports a 6.7-inch FHD+ Super AMOLED Infinity-O display. The device sports a resolution of 2400×1080 pixels and a pixel density of 394 PPI.  The phone has an in-display fingerprint scanner and since it’s a Note series device it comes with the S Pen stylus built-in. The stylus supports Bluetooth Low-Energy (BLE standard) and offers the usual set of features such as multimedia control, clicking a picture, and Air Commands.

Regrettably, we do not have any particular release date for Android 13 for the Samsung Galaxy Note 10 Lite. But, you can bookmark this page as we will soon add an update tracker to this page along with respective links. So, just stay tuned with GetDroidTips.

Updated on August 02, 2022: Samsung started seeding July 2022 security patch update for the device with software version N770FXXS8GVF4. The update is based on Android 12.

Updated on June 25, 2022: Samsung started seeding June 2022 security patch update for the device with software version N770FXXS8GVF1. The update is based on Android 12.