We are in that part of the year where we witness the launch of Google’s new Android Operating System. The launch is expected to be in August but, as always rumors and leaks have started to surface. Previously, a while back, it was reported by Cnet.com that, the company is finding it hard to name the new version of the Android OS. The reason being no dessert name is popular that starts with the letter Q. As stated by Google;

We’re superexcited about the desserts. At the same time, Q is a hard letter. But we’re looking at it. 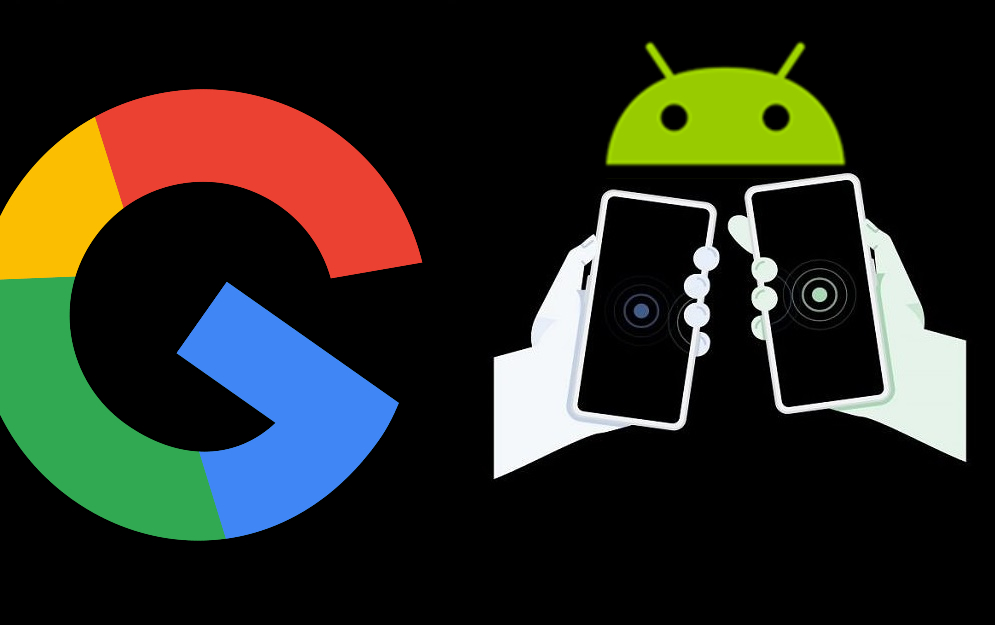 According to a tweet by Mishaal Rehman, who is a Senior Developer at XDA Developers, he shared a tweet with some screenshot of the application;

Good find, but I question how "exclusive" this is given that the activities are both exported and enabled, meaning you don't even need root to enable them.https://t.co/rsx9dMNtQV pic.twitter.com/DBihThflus

Also, another recognized member of the XDA Developer community, Quinny899, shared the below screenshot of the application.

From the screenshots shared by Quinny899, it is clear that the application is almost on verge of its release and we might see it even before the launch of Android Q. But, we will have to wait till that happens. However, from the looks of it, you can see that Google’s new File-sharing tool allows the user to share nearby devices without the internet. It is more or less similar to a function which we used to have with Android Beam. Moreover, this new app uses the Bluetooth function on your device to perform a handshake with the nearby device rather than the NFC which was used in Android Beam. The Bluetooth connection will connect with the nearby device and will then use the WiFi connection to send or receive files between two smartphones.

This will allow the user to share large sized files very easily and quickly. One more interesting thing that is there within the application is that Fast Share allows you to give your device “Preferred Visibility” to nearby devices. This feature lets the connected devices always see your device when you are nearby, even if you’re not using Fast Share.

You can check out the image below of the new file sharing application. 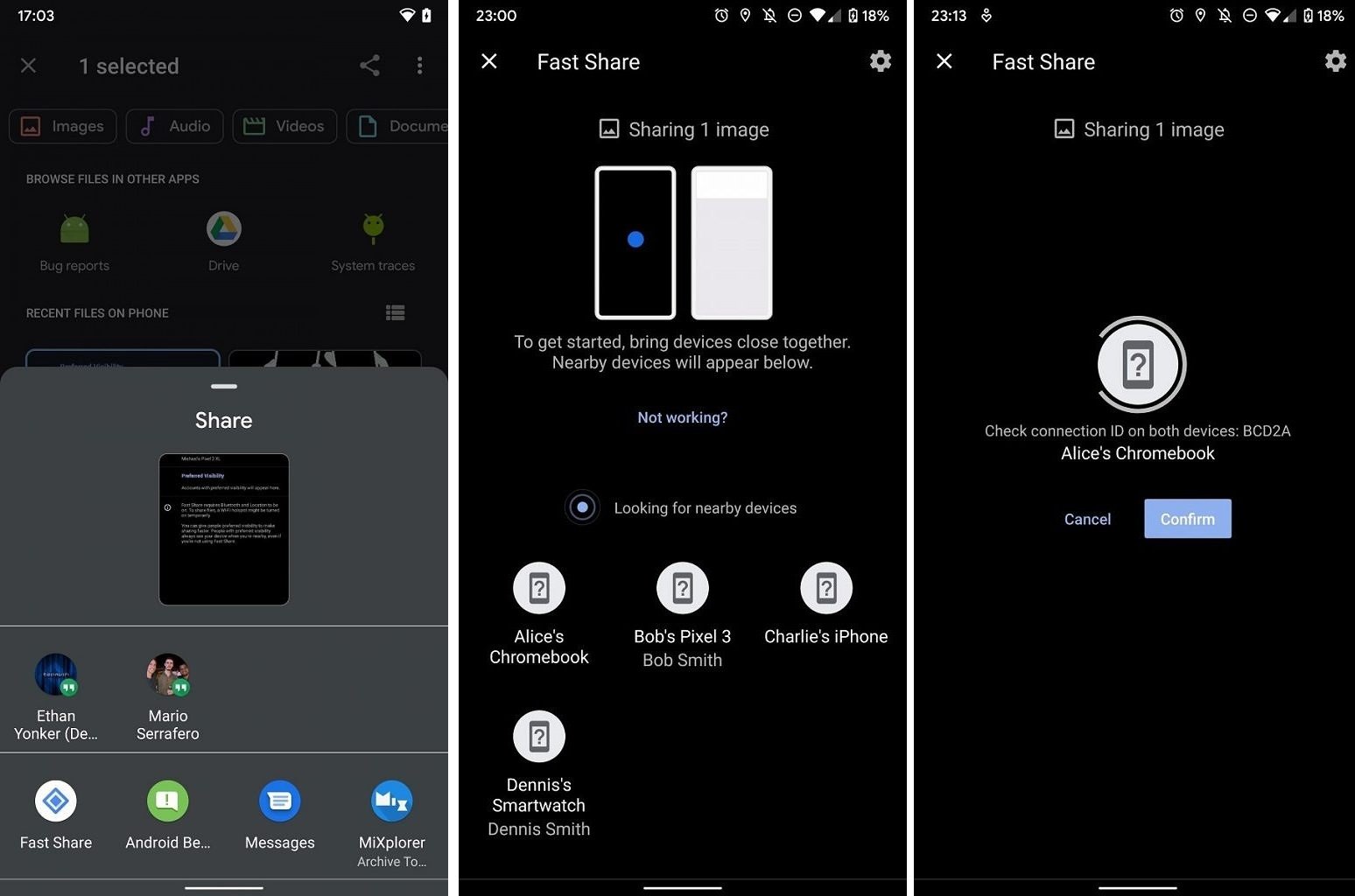 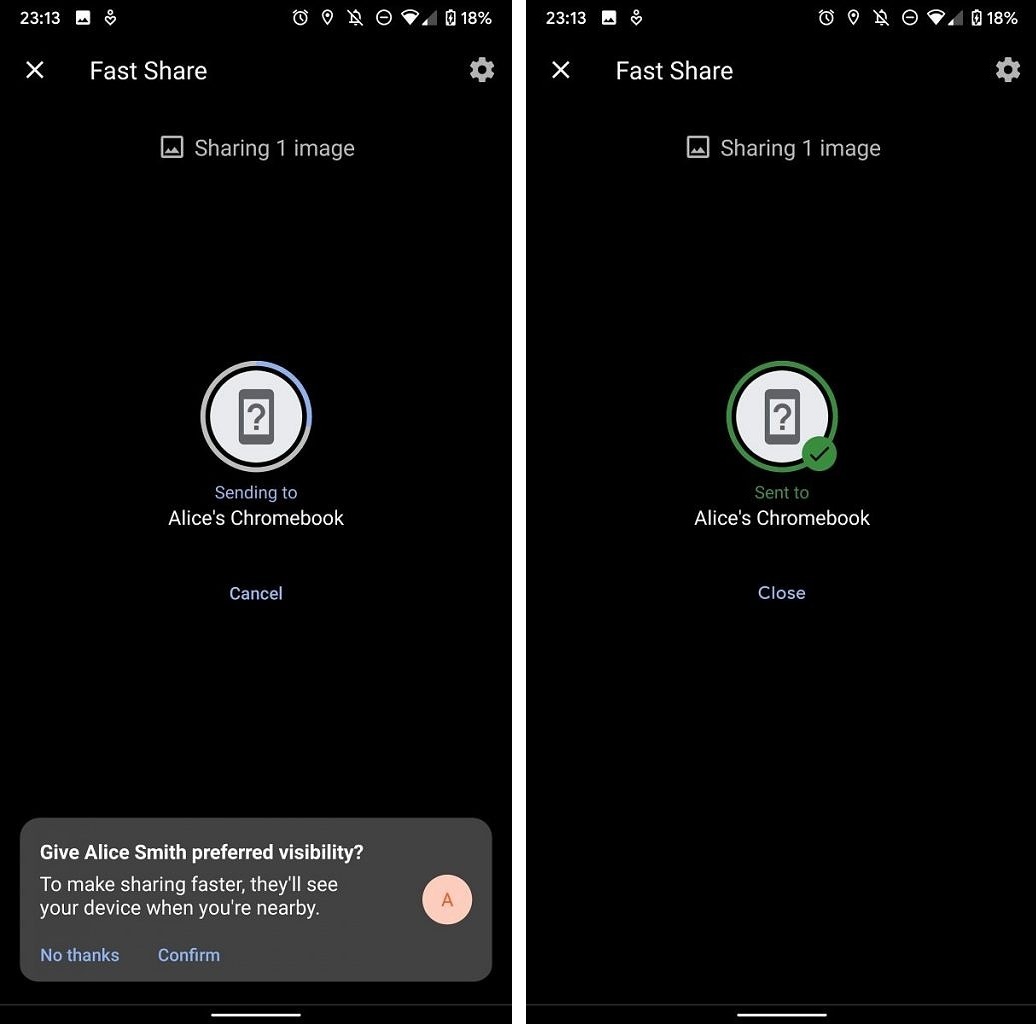 The app is similar to the AirDrop app of Apple that allows you to share one or more files very easily and conveniently. You will now see a Fast Share option on the sharing button instead of Android Beam. After this, you can pick the device from the scanning menu and send the files. The function currently shows generic share targets, including a Chromebook, a Google Pixel 3, an iPhone, and a smartwatch. However, it is not clear whether this app will come as a replacement on all the Android version for the Android Beam or it will be exclusive to Android Q OS. What I believe is that it should be a replacement for the Android Beam as this new file sharing option requires only Bluetooth and WiFi. But, for concrete news, we will have to wait until its stable release.