The Pixel 4 and Pixel 4 XL are the latest smartphones from Google launched in 2019. Both devices do come with some of the specific features or apps that are exclusive. While the Pixel 4 series devices feature an improved Google Camera app, 90Hz smooth display, new Pixel 4 launcher, Pixel Themes, etc. There is a new Google Recorder app also known as Google Pixel 4 Recorder app has been introduced by the OEM.

It’s a fully-functional, easy to use, and powerful recorder app that you can download and use on any Android device running on Android 9.0 Pie or Android 10. Now, for the previous Pixel device users (like Pixel 2, Pixel 3/3a) can also get the app by default if they’ve already updated to the latest December 2019 Android Security Patch Level. Even if you’re using the first generation of Pixel and Pixel XL running on Android Pie or Android 10, you can install the modified APK file below to try it out. 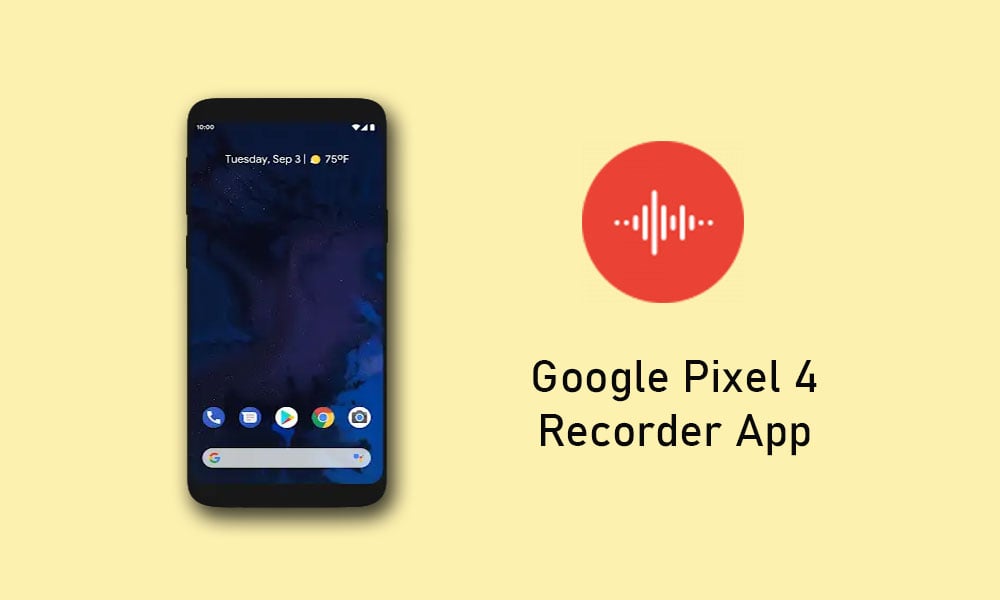 The Google Recorder App is an offline app and works really well. It offers real-time transcriptions and an audio search feature that you may not find on any other voice recorder app. For those who don’t suppose to write lengthy projects or articles etc, they can easily use this app like a voice memo or notes. The best part is that you can even type whatever you want to make as notes.

Although the app currently supports U.S. English language-based transcriptions. Therefore, some times you may face issues with proper transcriptions if the transcription engine doesn’t recognize your English speech properly. We hope Google will add more languages soon. It’s also worth mentioning that the recorded audio quality isn’t good enough and Google is working on it. Some of the reports are coming that Google is trying to implement the WAV format for saving the recorded audio files.

Sounds interesting? Let’s take a quick look at some of the requirements for the device if you’re going to download the Google Recorder app.

Just download & install the APK file on your device and start using it. If your device is unsupported, you can try the official APK version. We hope you’ve found this article useful. If you’ve any queries, you can comment below.