In the age of smartphones where only a few buttons have left before OEMs find any way to get rid of it, the power button is one of the most important. It often attracts power button not working problem wherein phones do not either fully or partially respond to user’s stimuli pressing the power button due to one or another reason. As said, a lot can go wrong behind causing power button not working problem and thus, GetDroidTips presents a simplified explicit guide where we explain how to resolve the issue by solving the common reasons why it occurs at the first place along with a bunch of alternatives and finally, a permanent fix to the problem. 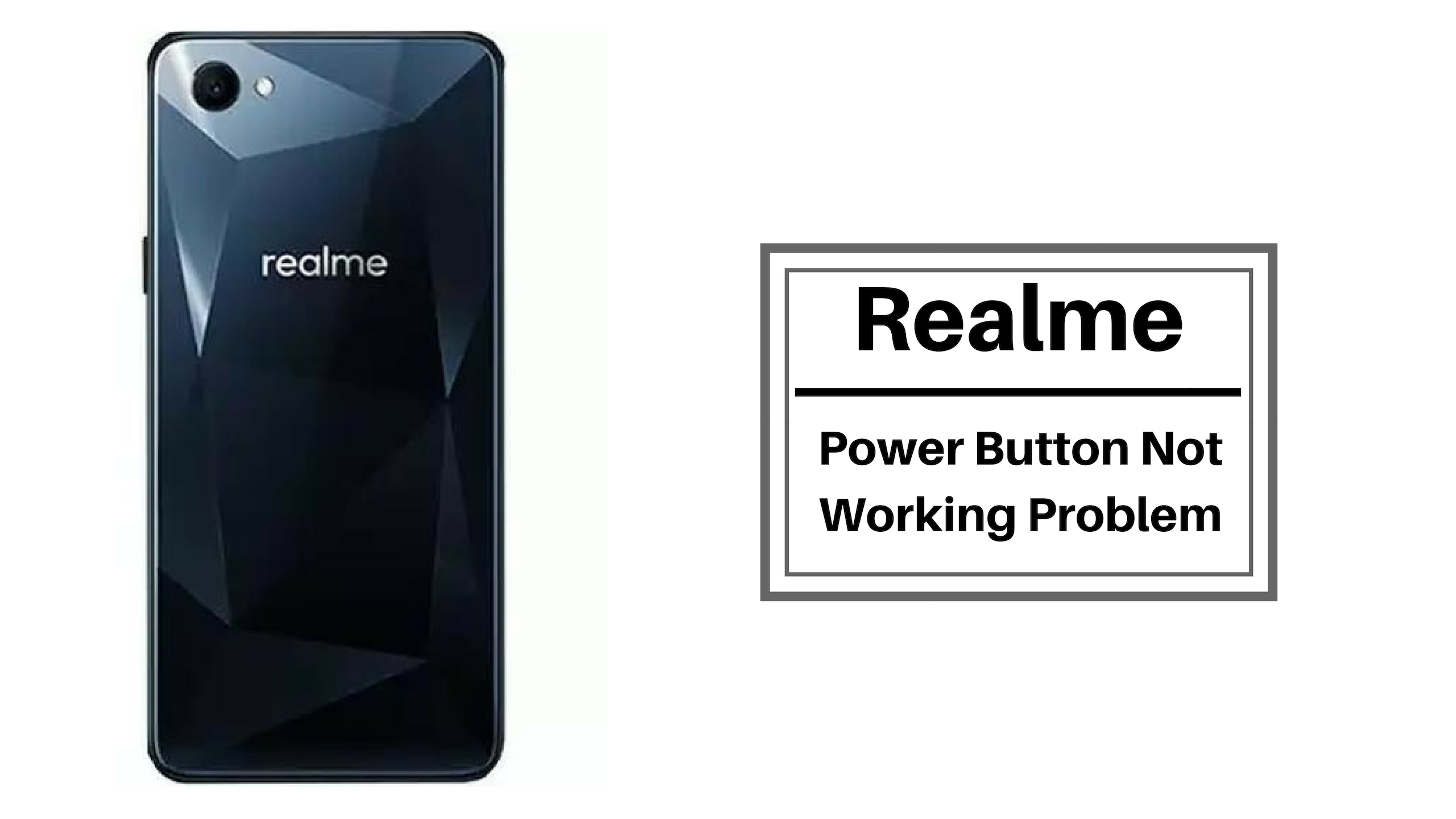 How to fix Realme Power Button Not Working Problem?

Let’s see how we can eradicate the problem by targeting the common deterrents that cause such a problem.

Why? You may ask. The answer is rather simple. When you tap on the power button, it goes through a number of processes to get the task done within microseconds. Now, it is possible that when you pressed the button, a bug or a temporary glitch occurred causing the power button not to respond. Thus, rebooting the system has a number of benefits.

This might sound strange but people have found out that airplane mode works similar to reboots in some cases and that’s why you’ll find this included in the how-to-fix guides on almost every topic.

Update all the applications & the firmware

Updating the apps both pre-installed and downloaded is imperative because it keeps the system away from any bugs that might infect the system. The same goes for the firmware which is at the end, an ultimate piece of software program that enables interaction between hardware and software components and thus, it is crucial to keep updated as well. But here, updating the apps is a piece of cake because it literally takes just a few steps to do it i.e. Menu >> Google Play Store >> My apps and games and then click on apps that have received updates.

Updating the firmware is on the hand a little complicated since you won’t get an update always. You need to navigate to Settings > About Device > Software Updates > Check for Updates. If you aren’t getting any updates anymore, try searching for custom ROMs from the web that suits you well and install the same.

Clear out any cache files

To put things into context, cache files are temporary files generated and stored by the system to ease the startup of apps and services by reducing the processing time it takes to open an app. Cache files are good but it gets corrupted easily and accumulation of cache files can render it slow and therefore, must get rid of it. There are several ways to clear cache files which are prescribed below and hopefully, these methods would help get rid of the power button not working problem.

Method 01:
Apps like CCleaner, Cache Cleaner from DU Apps, Super Cleaner from Hawk App can help get rid of cache files on a tap. Simply install these apps and run the process and delete the cache files which is an aggregate of all app cache, storage cache and it is lightning fast.

Method 02:
This particular method has to be done manually and I would recommend doing it at least twice a week. You need to clear app cache which is accumulated over time and lowers the performance of the device considerably and thus, clearing it doesn’t harm the system but instead, allows it to speed up eventually.

You need to proceed to the Settings tool on your device and direct to Apps >> Downloaded. Here, you’ll see a list of all the downloaded apps that you can clear but refrain from those apps for which you don’t remember the credentials. You need to tap on apps individually and press ‘Clear Cache’ and ‘Clear Data’.

How to keep using the phone without a working power button?

Assuming that the power button has gone haywire, what could you possibly do to bypass it without using any app as an alternative or without fixing the broken button as well although these methods aren’t reliable always.

Keep the screen alive for longer

Whenever you notice the power button not working problem on your phone, the phone is either turn on or turned off. Considering the phone is turned on and the screen is alive as well, you can proceed to the Settings tool on your phone and tap on Display where you must get an option to tweak ‘Screen Alive’ or ‘keep display alive’ where you need to select the highest available value (ideally 30 minutes). This will keep the phone’s screen alive for half an hour without any external stimuli, however, if you fail to provide the stimuli within the stipulated duration, the screen will turn off and so are the hopes to use a phone with the broken power button if you haven’t made any other arrangements.

We all have alarms set to wake us up in the morning or as a reminder to do an important task. Well, you can leverage this feature towards providing a stimulus that would eventually wake up the screen when the alarm goes off. If the screen is off but an alarm is set and ready to go off, this would give you an ease with the power button not working problem. But if the screen is on, you can set several alarms that will go off when needed so that you don’t have to keep the screen on by tapping it again and again. But again, if you haven’t set an alarm and the screen is off, you’ll have to employ any of the three methods prescribed below to work in conjunction.

Ask a friend to missed call or message

If you forgot to set an alarm before noticing the broken power button because who would plan it in advance. You can actually ask a friend or use an alternative smartphone to call yourself. This would turn on the screen assuming that the phone is turned on. But again, there are a number of alternatives you can employ to get things done when you notice power button not working problem of which, some are listed below. Yes, you can ask a friend to call you or message or use another phone to ring so that the screen could turn on and you can use the phone at will.

Plug the phone to a charger or power bank

If you don’t have another phone or a friend, you can actually use a power bank or a charger that you can plug in. This will light up the screen and voila! You can now use the phone at your will. Note that you need a power bank if you want to make this whole process portable or else a charger would satisfy the requirement.

Plug the phone to a computer

This is a rather restrictive method where you need a USB cable and a computer to connect it to. Upon connecting the phone, the screen will light up and show options where you use charging only mode or data transfer but since you only wanted to turn up the screen, you have it now and you can disconnect the phone from the computer if required.

Use apps as an alternative

If you are fed up of trying to keep the phone afloat by not letting it turn off the screen, there are certain alternatives that would provide an easy to use alternative although depending upon which method you take and there are few apps that you can use.

Gravity Screen
The app detects the phone’s orientation and produces output accordingly. You can tweak the various parameters within the app to provide different outputs when required.

Proximity Actions
It uses the proximity sensors installed on your phone to detect if the user is present or not. There are plenty of parameters such as various waves and holds that the user can set up according to which, the user can respond. You can set a 1000ms hold to turn on the screen and it will do the same.

Power button to Volume button
As the title suggests, this particular app shifts the function to turn on and turn off the screen from the power button to the volume button. This is the basic lightweight app that you can use with a minimal functionality. You can get it from the Google Play Store.

That’s the last thing you would do if you are unable to resolve the power button not working problem. Reporting the issue to an authorized service center or partnered service center will fix the problem upon payment of certain charges which will be levied if the button is not covered under warranty.