Buttons on smartphones are receding. Recently, Samsung discounted its Bixby home key that means, it has a power button and volume rockers only which is the same pattern followed by all Android devices. Sony which is one of the biggest smartphone manufacturers follows the same pattern where it uses three physical buttons of which, the power button is of par importance. Power button enables the user to turn on the screen, turn off the screen, power down and switch on the phone and much more which makes it an important component. But these buttons are delicate and they might damage or come off pretty easily if the user isn’t careful with it.

Now, thousands of people across the globe are searching the answer to their question on how to fix this Sony power button not working properly. To understand what’s happening under the hood, you need to abide by certain methods that we have mentioned below according to which, you will be able to understand if its a hardware or software-related issue where the former is one of the most profound error. 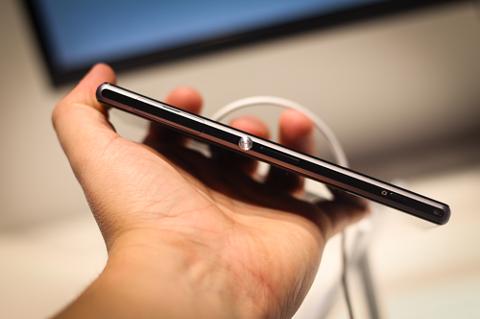 First of all, if your phone is powered on but locked, you can use the volume rockers to light up the screen which is the case in a number of models but it is not commonly found. Another way around is to plug the phone to a charger or a computer via USB cable that will light up the screen and thus, you will be able to use the phone at least for time being. If your phone has a dedicated Camera button, press it as it will open the camera on your phone. Since you have accessed camera, you can close it and the phone is awake now.

But what if your phone is switched off? In such cases, you can use your USB cable to connect it with a computer and use fastboot or other tools to power it on. If you were able to enable USB debugging mode when the phone was actually turned on, there is much you can do with ADB and command prompt on your computer. Also, press the volume buttons together and hold to perform a battery pull which is one of the available ways you can wake up the screen. Lastly, if your phone has a removable battery, simply remove it and plug it in again.

Check for debris
A physical button has a metal conductor underneath that connects with the conductor plate thus allow the phone to perform the said function. But if debris is stuck between these plates or around the hollow area around the key, it can disconnect the button from the metal conductor either at sometimes or totally. So, take a sharp needle or a toothpick and try to rub it across the walls of the button to remove dust, lint, and other debris. Use expert’s help to clear off all the debris stuck between the button.

Use alternatives
Now, here I will discuss the available alternatives to the Sony power button not working problem that is available in form of apps at Google Play store. Here are few best apps you can utilize.

There is a permanent fix available
Now that you have tried to reboot the system as well as clear the debris stuck between the key, there is a strong possibility that the button itself is damaged. As I aforementioned, in most cases, the buttons are actually damaged or faulty. Thus, there is a permanent fix available for it that is to replace the key unless you are looking forward to sticking with the available alternatives as I mentioned above. If your phone is in warranty period and you don’t want to void your warranty, consult an authorized service center instead of third-party service centers.