There are at least two smartphones without a working power button in 2019 but still, there are millions of devices that are dependent on the three or four physical buttons for a lot of reasons. A broken or damaged power button not working problem is crucial since the button helps turn on the screen and turn it back on let alone other important tasks like rebooting the device, booting into the safe mode or recovery mode, etc. Since your power button ain’t working as it should or it isn’t working at all, what can you do to fix it? Well, although you can walk into a service center and get it replaced how to detect it and fix it? What are the ways you can temporarily discontinue using a power button? Here’s everything you should know. 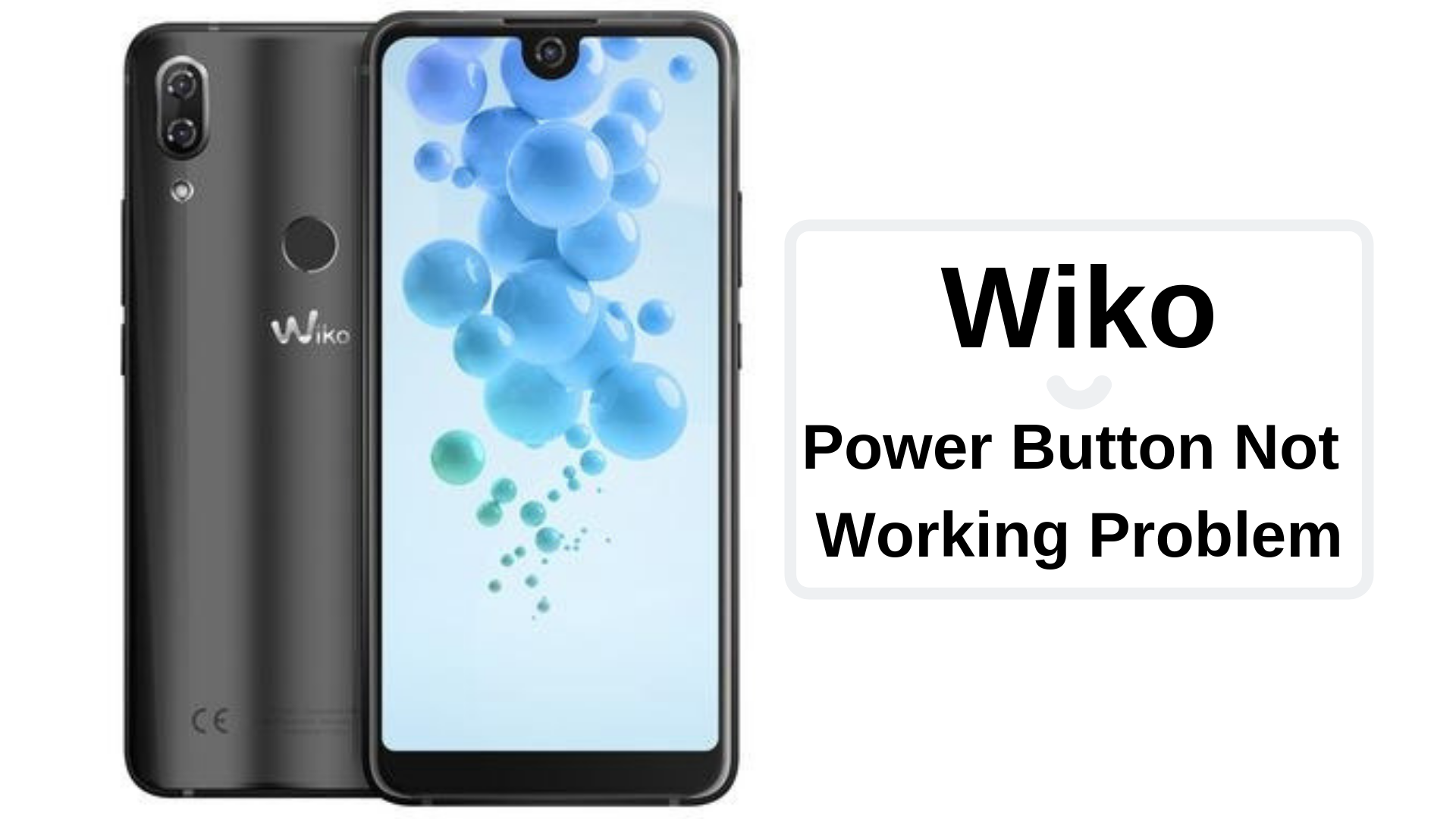 How to fix Wiko power button not working problem?

Since not all problems could be same, we have derived a list of methods under the three possible cases using which, you can operate a phone with power button not working problem although the total count of methods drastically decrease when you reach the Case 3.

Now it may sound weird that I asked you to reboot the device with a broken power button but the thing is, you don’t know if there’s something wrong with the hardware or the software aspect of the button. This is why you need this method to follow. If you can’t get the phone reboot pressing the power button, try pressing power + volume up or down (force reboot) to check if it does make any difference. You can also be scheduled on and off the phone if it is lit by any chance.

The first case in this category is what the phone’s screen is ON which means either the phone is locked or unlocked. If it is locked, you can unlock it easily since the screen is on right now.

Now that your phone is still turned on and you can use it, you must tweak the keep alive duration. I would recommend you to extend the duration to 30 minutes and the screen will remain alive for the next half an hour without any touch or stimuli. Note that you’ll need to tap on the screen once every 30 minutes to keep it alive. Therefore, mend it with other methods included here as well. Toggle the settings once you are in Settings app >> Display.

Another workable feature is the screen always on where the phone’s screen doesn’t actually light down ever. Although some smartphones have proximity sensors attached that detect proximity and enable the screen always on feature, on the other hand, some phones have literally always on the screen showing time, etc. Since no matter, if the phone is locked, a tap on the screen will automatically show the locked screen bypassing the need to press power button all together. You’ll find the option when you navigate to the Settings >> Display.

Cache files are usually helpful in reducing the time it takes for an app or service to start up, however, these files are easily corruptible. This can introduce tonnes of issues on your phone. Thus, the solution to the problem is to simply clear all types of cache files both system cache and app cache. You can also install apps like CCleaner, Avast Clean Up, etc to do the job automatically.

Update all apps and firmware OS

It is possible that the power button is not working due to a firmware malfunction or an app creating issues or crashing abruptly. For this, you need to update all the apps on your smartphone and see if it makes any difference or not. Also, do the same with the firmware via Settings → About Device → Software Updates → Check for updates. This must bypass the Wiko power button not working problem if the problem is the cause of a software failure.

Set up alarms and reminders

If you are not around your phone for a while but the risk that you won’t be able to use the phone due to power button failure, you can set up alarms and reminders that must do their job. The thing with alarms is that once it goes off, it will light up the screen and that is when you can tap on the screen and use your phone without any hassle. I would advise you to put several alarms when you expect that you need the phone to use but I heavily advise you to couple this troubleshooting tip with others mentioned here.

I use this trick to save a good chunk of the battery during the night when I am not using my phone but it is helpful in many ways. Since the phone’s screen is still lit, you can go to Settings and find this feature under Accessibility depending upon the make and model of your phone. This feature will automatically reboot the device on a specific duration completely bypassing the need to press a power button to reboot the device.

Many smartphones have a built-in feature while many would require an additional app to use this feature. The said feature enables users to double tap on the screen to lock and unlock the screen without the need to press a power button at all.

Well, with the ease of fingerprint scanning, smartphones have gone advanced than just depending on low-tech PIN or password-enabled unlocking mechanism. Since almost all smartphones have some sort of FPS, you already have it working and it doesn’t need pressing the power key to activate. Simply keep your finger on the FPS and the phone is unlocked, voila!

Case 02: What to do if the phone’s screen is OFF/locked?

Now the thing is, the phone is probably locked and the screen is out. What can you do in such case? Well, we have exactly what you need.

Ask someone to ping/call you

You are ramping the power key but it is not responding. The phone is locked and somehow, you don’t have FPS or have it enabled, I don’t know why. But let’s say in general, there is FPS on your device and the phone’s screen is off and the power button isn’t working. What do you do? One of the quickest ways to light up phone’s screen assuming that it is still turned on is to call yourself using a different phone or even a miss call, message, or anything of sorts will do.

Connect the phone to a charger/PC/power bank

Another workaround to bring the screen to life is to connect it with a charger to a power source or a laptop or a power bank that would all do the same job but with varying degree of portability where the latter is more portable than other two options.

Well, as said, FPS works in this case too. In fact, it replaces the phone’s ability to unlock the device unless you have an iPhone that needs the user to press the power key upon to actually use the FaceID since it lacks FPS.

Case 03: What to do if the phone is switched OFF?

Use ADB and Fastboot tools

If you are familiar with the ADB and Fastboot tools, you can reboot the phone or restore if any much more although the prerequisite is that you need to keep the phone with USB debugging mode enabled. You can also connect the phone to PC Suite to the same too although the functionality might differ.

What are the apps that can help a phone with a broken power button?

This app can reprogramme the function of a power button to a volume button. This might help you to get the phone up and running in case if the phone’s screen was ON when you found out the power button not working problem. Download it here!!!

The app uses gravity sensors in order to detect the phone’s orientation and produce output as prescribed by the user. The app has several settings that prevent accidental unlocks as well. Simply orient the phone in a particular orientation and voila. Download it here!!!

This app can do a lot more than just lock and unlock phones. It can be used to trigger a camera or notes or Instagram, etc. You need to set up waves and holds on the app and it will perform as instructed. Download the app.

This app is pretty self-explanatory. The app works simply when the user shakes the phone that will lock it and another shake will unlock it. This is the only function it offers. Click here to download the app!!!

Finally, after going through the entire troubleshooting guide on how to fix the power button not working problem, you could say that the problem is either solved or yet to be resolved. This is where you need to report the issue to a service center where you can ask for resolution after paying a charge since it is possible that the warranty doesn’t cover replacing power button or you can get it fixed from a local service store nearby at the cost of losing the warranty.