A cellular network is crucial on a smartphone unless you stick to Wifi for all sorts of calling and messaging services which aren’t plausible all the time. But on the contrary, even if you are connected to a carrier, it is quite possible that you are facing weak signal or lost network issue which disrupts your ability to call or text someone or browse the web. This is where we at GetDroidTips come into play. You can read along the troubleshooting guide to fix the said issue on your Wiko smartphone so that it isn’t a big problem after all. 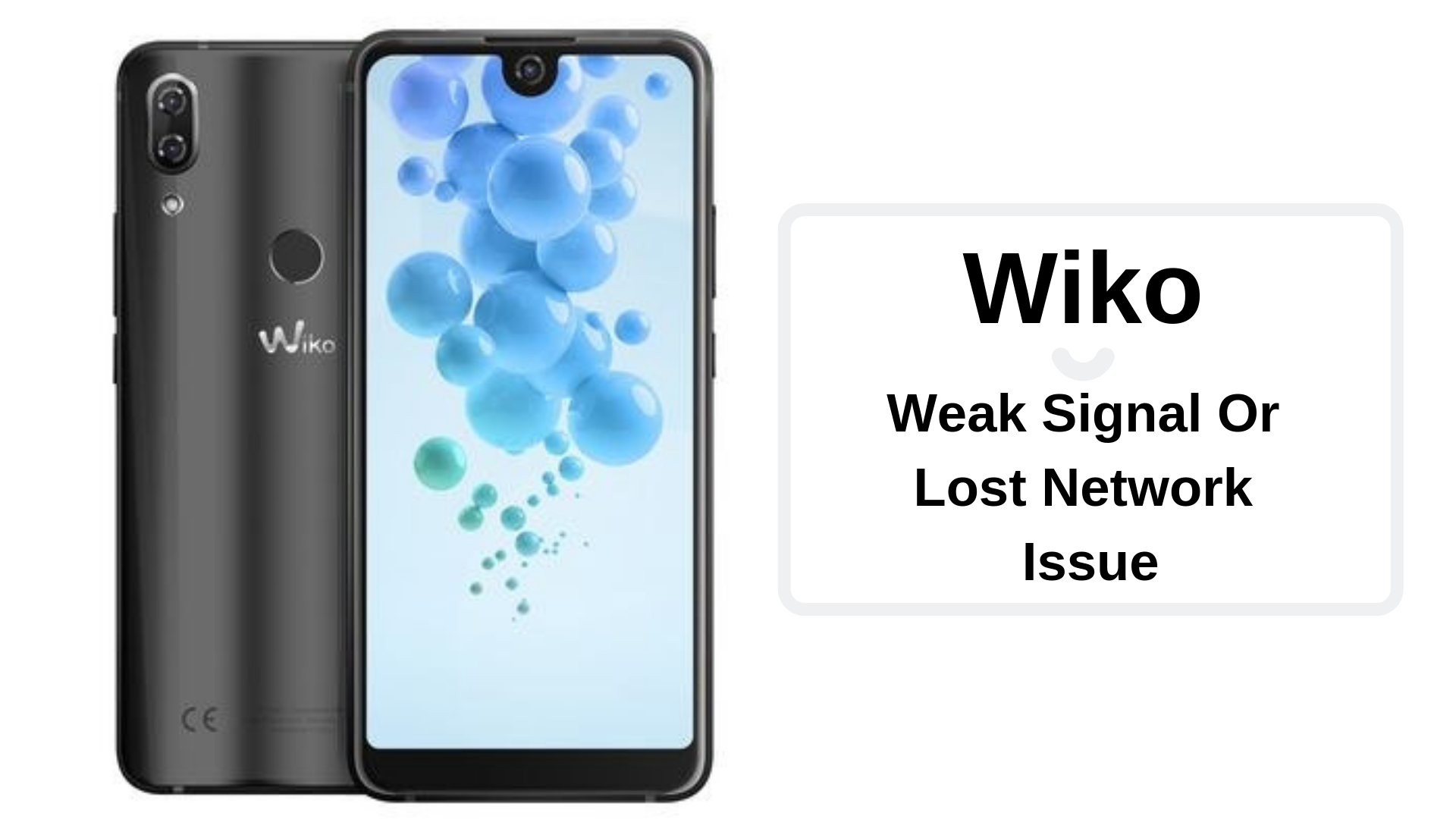 How to fix Wiko weak signal or lost network issue?

I checked my phone and saw that one of the two SIMs doesn’t have a network. The thing is, there could be a number of reasons so let us clear the most obvious one which a technical glitch that you can clear simply by toggling the Airplane Mode. This will restrict all cellular network and might relieve the phone from a technical glitch that it is facing right now. Repeat the procedure several times and you’ll see that the weak signal or lost network problem is nowhere to be seen.

Toggling between SIMs isn’t much of a task since there is a dedicated shortcut under the notification panel that the user to utilize to toggle. This forces the system to search for an available network in case of your SIM card doesn’t have any network or so.

You can’t expect uninterrupted network 24*7*365. This is because of carriers around the world experience surge in new connections and more. It is possible that the carrier is undergoing temporary network failure due to ongoing maintenance or upgrade work. There could be plenty of other reasons as well which is why you need to check with the carrier if the problem is from their end or yours.

Could it be Interferences?

You might be familiar with 2016 iPhone 6 antennagate situation where the network antenna’ placement was improper and that caused a plethora of network-related issues. It happened because users accidentally and unintentionally blocked the network antenna causing depletion in the network reception. Although the problem was fixed, it is possible that either how you hold the phone or what phone cover or case you use is causing the same type of issue. The quick fix is to remove the case, check if holding the phone other ways is resulting in improved network reception or not.

Check for wear and tear on SIMs/slot

The SIM card is delicate as you have already seen one. On the contrary, the SIM slot if properly visible to have delicate pins that read the SIM to the system. Any wear and tear to both or any of these components can cause disturbances in the network-related services as well either partially or fully. To verify, simply pull the SIM card and inspect for any wear and tear. Insert a different SIM card and check if the SIM slot is in working order to not. This particular paragraph will help inspect both SIM cards and slots to verify both the issues.

Check for any physical or liquid damage

A smartphone has a plethora of processes, tasks, and applications that run in both foreground and background. At times when the system is overloaded with just too many apps, it becomes difficult to sustain with the amount of work the system has to do and that causes a series of the problem and inability to intercept cellular network or so is one of the side effects. Thus, it is crucial to reboot the phone at least once a day to optimize all the apps and tasks running on the system and relieve it of excessive stress.

Prolific accumulation of cache files could render show processing speed on a smartphone. One of the major byproducts is the corrupted cache that causes the system to go down, app crash, and services not to work as intended or programmed. Also not directly but it is possible that the cache files are somehow attached to the weak signal or lost network issue that we are discussing here. Thus, the easy way to get it out of probable causes is to clear it and here’s how you can do it about.

Firstly, you need to access the Settings app on your device and proceed to Storage and check out for Cache storage. A gentle tap on the said cache storage listing will prompt the user whether to delete or not so answer in affirmation. Next, back up to the Settings app and proceed to Apps and slide to ‘Downloaded’ app section. This is where you’ll see all the apps that you had downloaded until today. Tap on any app and you’ll see the storage consumed, cache accumulated for each app. This is where you tap on ‘Clear Cache’ and add-on by tapping on ‘Clear Data’ as well.

Finally, the last method is to wipe cache partition for which, you’ll have to log in to the recovery mode and select ‘wipe data/factory reset’ and confirm the same by selecting ‘yes — delete all user data’ and the process is done.

Your phone works on various frequency bands or network modes such as 2G, 3G, and 4G. If you are observing weak network coverage or no network coverage at all, consider lowering the preferred network mode. Since 4G is available widely but 3G is highly penetrable across the country and then, 2G is, in fact, available everywhere though, with exceptionally slower internet speed, it can help you sustain basic tasks such as calling someone or texting.

If you are unable to find a 4G network or if the network is not sufficient, go to Settings >> SIM >> Preferred Network (mode) and select 3G/2G or vice versa. This will allow the phone to register to lower bands and possibly with the quality network.

Your phone operates either on manual or automatic network selection mode where the latter is by default. The difference is that when in auto, the phone will automatically search and register on an available network while manual mode requires human intervention to do the same. You can switch between different modes by going to Settings >> SIM >> Network Selection Mode.

The network booster is an additional instrument that you can utilize if the network reception is bad in your area. This is helpful in places that are away from network towers such as outskirts of cities, villages, towns, or even offices that are layered around other buildings which is a possible sign of interference in the network reception. The booster will actually amplify the signal received which is something cell towers usually do to broadcast an amplified network. You can connect to these network booster and toss out the network-related problems away from your life.

This is a final measure you can take in order to fix the weak signal or lost network issue. You need to boot into the recovery mode wherein the option to restore the phone appears. Here’s how you can do about.

Get help from the smartphone manufacturer