It’s annoying when the battery starts draining, I get it. But what would you do if the battery is draining too quickly? Well, MyPhone users have reported about a similar battery draining problems according to which, their phones are getting discharge faster than usual and believe me, there can be tens of reasons why I could have happened and how you can fix it. Well, we decided to curate a list of tips on how to fix MyPhone battery draining problems that you can go through. 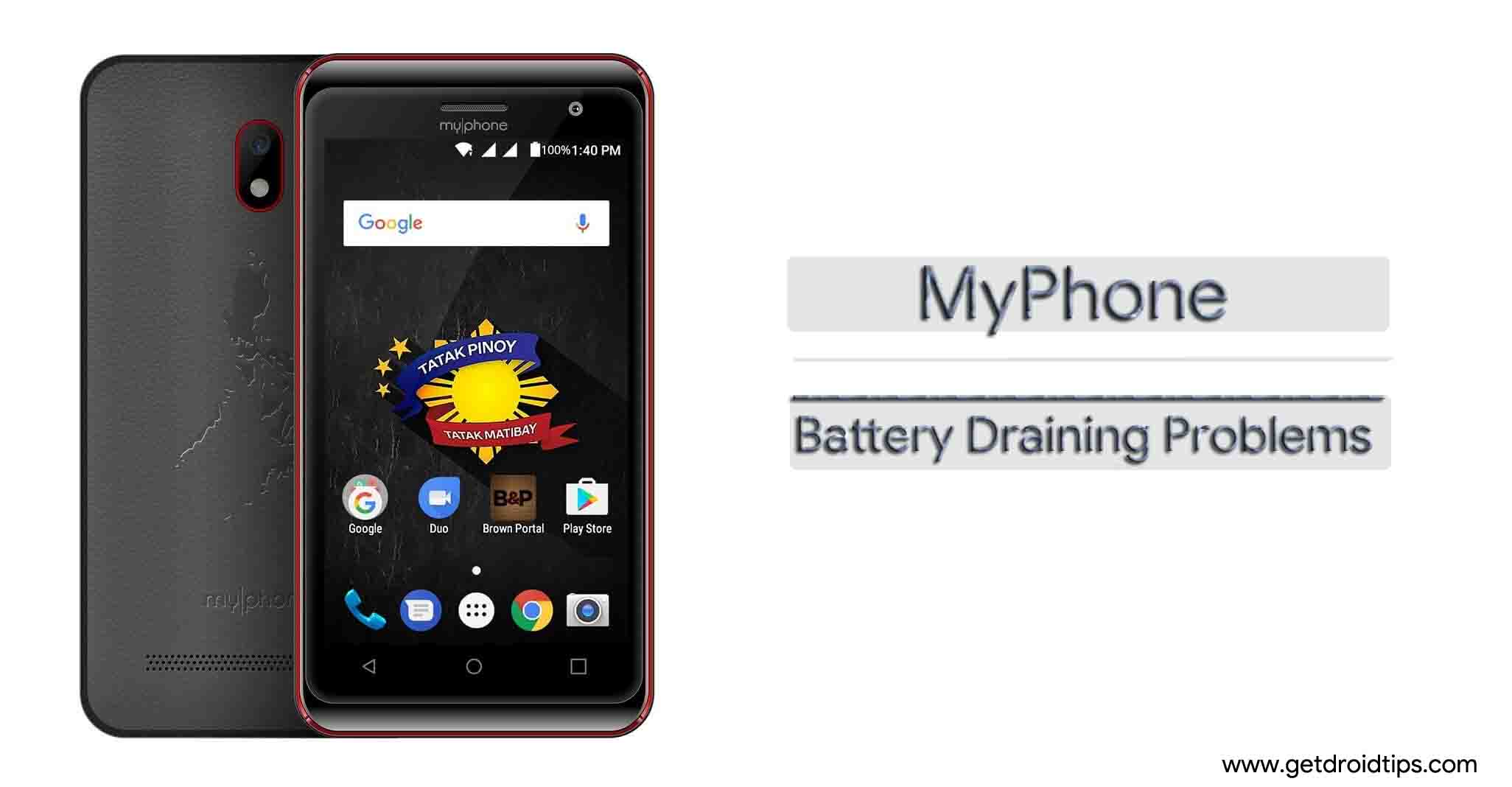 If the battery is draining quickly, you must stop all the apps running in both foreground and background. This will relieve the system from excess strain and thus, might bring down the battery draining levels. You can couple it with a few other methods mentioned below to get a better response.

This is one of the most recommended methods that allow users to unfreeze a frozen smartphone. It basically turns off the phone abruptly which means, all the apps shut down right at that moment thereby releasing a great amount of storage, memory and other resources that were earlier used up. It is also known to fix a hoard of software and specifically performance-related issues and battery draining is one of the few things that it can reduce it not nullify it.

If you have a smartphone with LCD displays, then keeping the brightness at low when in the dark is recommended. Similarly, adjusting the brightness level when you are in bright sunlight to moderate is maximum is a must for visibility but there are a lot of people who resort to keeping higher brightness throughout day and night and this is something that puts stress on the battery as well. The case is severe for OLED displays which consume a lot of battery when it is in high brightness and thus, it must be avoided.

Turn off all the unwanted services

It includes GPS, Wifi, Bluetooth, NFC, etc which are termed connectivity services that consume a lot of battery. Keeping them enabled could drain your battery faster since it adds to the increased battery consumption and before you could realize, the battery life will become half in matters of minutes if all these services are active.

Find out the power-hungry apps

Not only the connectivity services are responsible to suck in a huge amount of battery life but there are apps that consume a large amount of battery too. These are termed as power-hungry apps and it could be an intensive or high-graphics game or apps or an app which has attracted bugs which are spiking its power consumption. You can go to Settings >> Battery which allows tracking all the apps and services that consumed the battery and in what percentage. This will enable you can either uninstall, force stop, disable, or limit the usage of these apps so that the battery life can be improved.

Apps develop performance glitch and issues when they go outdated. Since developers usually update their apps several times a year, it is simply important to update the app not only to receive the latest features that come with it but also to get patches and bug fixes that were provided by the developers after the outdated app developed bugs or errors.

Upgrade or roll back the OS

Since updating the app is of par importance, the same goes for updating the OS. Since the firmware is the piece of software that keeps all the apps and hardware components interacting with each other, it makes it a valuable piece of program which might get bugged or errors that needs to be resolved. Now, you can resolve the issue simply by updating or upgrading the OS or you can roll back to a previous version which is more stable. Now, you can also download a custom ROM available online that extends the functionality of the device as well as provides frequent updates giving an edge over to the smartphones which are out-of-support.

The various other ways to control energy

There are plenty of ways you can reduce the amount of battery life being used. You can tweak the brightness level as said above, you can install night mode or filter that overlay soothing light on the screen while allowing brightness to be even dimmer. Further, you can use a lower volume for messages and other notifications as well as use moderate sound for calls. You can keep the mobile data disabled when not required similar to the other connectivity services that I aforementioned. Further, you can set up scheduled on/off which enables the phone to automatically switch off and switch on at said time and saves energy even further.

Many smartphones have preloaded power saving mode while others have to install a similar power saving mode app on their phone. What these tools do is they limit the amount of battery being used as well as try to minimize its usage. Although this includes shutting down a few features, it is a great tool for you in case if you are away from home and want to preserve battery life till our reach home and charge it.

There are lots of ways you can try and improve the battery life of which, there is a technique known in layman terms as 90:10 or 80:20 proportion. This means that you charge the battery till 90 or 80percent depending on which technique you choose and let it discharge till 10 or 20 percent respectively and that’s when you can plug it again and no in-between. This is known to improve battery life considerably since I personally use the 90:10 proportion technique and it gives me a good 6 hours of on-screen time and a total 22 hours of standby which is great since I use a OnePlus 6 with an OLED display that consumes more power.

Cache files have been regarded as the helpful but these files are subjected to go corrupted too quickly. This is the reason why clearing the cache files enhances the performance of the smartphone. Since you are having trouble with the battery draining problems, you can totally wipe out the cache files which is usually stored in different places and thus, there is more than one way to delete cache files.

First of all, you can clear cache files by directing towards ‘Settings >> Apps >> Downloaded’ where you need to select individual apps and then, tap on ‘clear cache’ and ‘clear data’ to clear the same. Now you can also use third-party apps available on Google Play Store where you’ll find apps like CCleaner that helps get rid of cache files from the system. Further, if you are willing to delete cache files by your own, you need to go to Settings >> Storage >> Cache Memory to delete storage cache.

For any software-related issue, you can perform a hard reset on your phone that will actually erase the memory of the device but it will also eliminate a slew of bugs and issues that you have been facing. So, you need to follow the said procedure to perform a hard reset.

This is the last thing you could do to fix the MyPhone battery draining problems as here, the technicians will help ascertain and detect the problem and prescribe the solution to it. Although it means paying a certain premium it is worth since battery is a crucial commodity on a smartphone without which, even the high-end smartphone is worthless.