As we are growing addicted to our handsets, battery draining problems are growing too. It could be organic that is simply because you are using it too much or it could be because of virus or bug that has infected the system to deliberately eat up a chunk of battery even when not required. There is a number of reasons that can induce a phone’s battery to drain quickly and thus, we dug forward to find out most of ‘em and yes, the solution to fix the problem although its effectivity differs from make to model. Here’s an explicit guide to fix the Vertex battery draining problems and if you are facing the same problem, you have come to the right place. 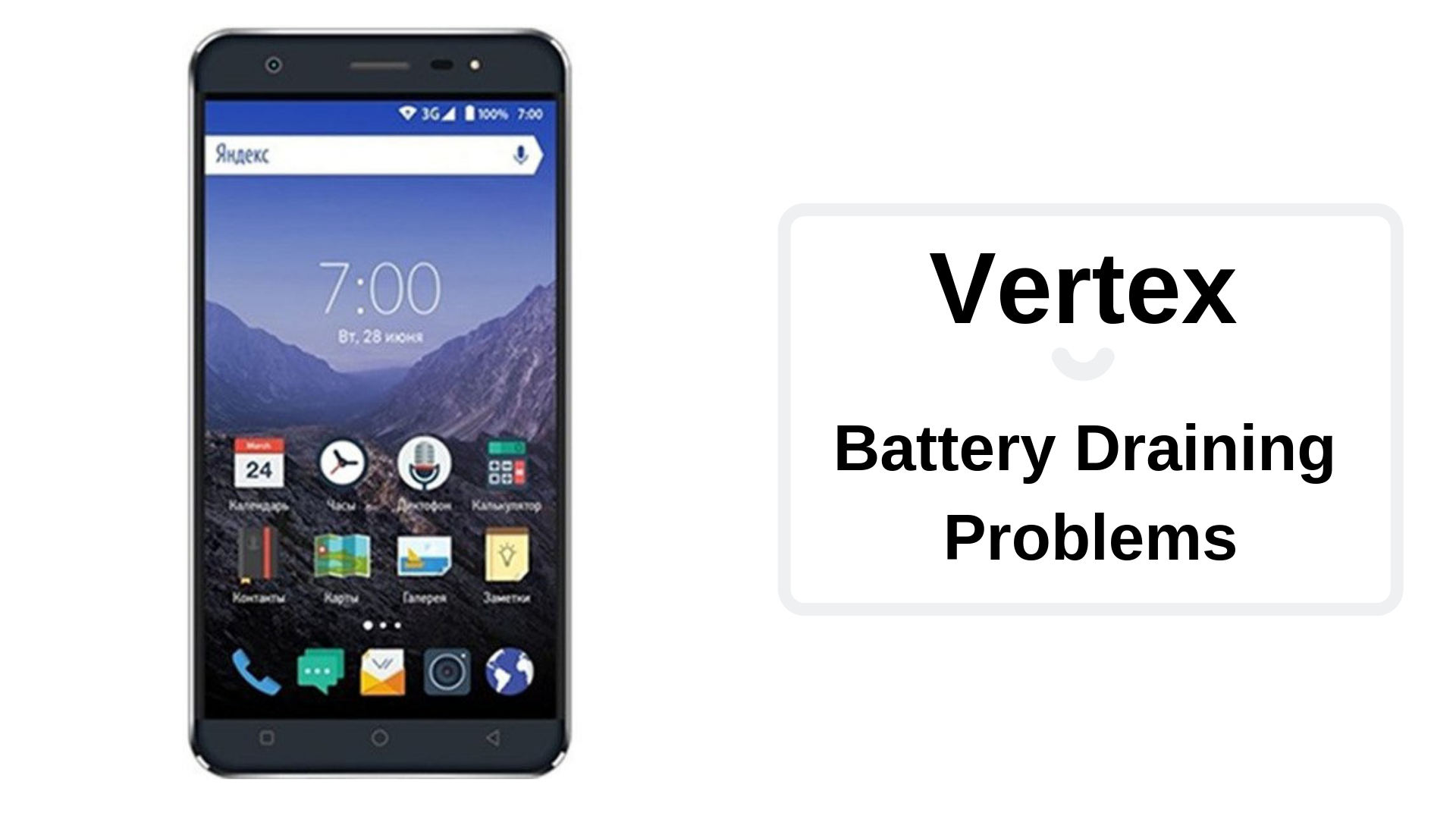 Here are a few ways that you can gauge the severity of the Vertex battery draining problems and how you resolve it.

We tend to access a number of apps at once without actually killing those when work is done. Basically, you need to tap on the ‘recent’ apps button which by the way has a different approach in different phones. When you access the list, simply swipe away the apps that you don’t need. But hey, don’t just stop right there because there are apps that will keep popping up in the background even when not needed. You can scrutinize those apps within Settings >> Apps >> Running where you can force stop an app if not required.

As simple as it sounds, rebooting the phone gives it a new lease of life at least on a temporary basis. It is because when you reboot the phone, all the apps, processes are abruptly stopped and all the resources are freed. This relieves the system from any resource crunch causing the battery to drain quicker. There are plenty of other reasons attached to it too so simply reboot the phone whenever you feel as if the battery is draining too quickly.

Starting with the brightness, you can drive down the brightness of the screen which is one of the most power-hungry features on an OLED display. You can reduce it during the night while gradually increase in the day when needed which relieves stress on the battery as well. Further, you can tweak the keep awake or keep alive duration to a minimum to reduce the battery being used when the phone is in an idle state.

It is easy to understand that graphic-intensive apps like PUBG, Fortnite, Asphalt 8 or Adobe PhotoShop or Instagram, etc are power hungry apps. These apps consume a larger piece of the battery when in use but then, there are apps that aren’t meant to consume a larger battery life but they continue to do so all in the background. This is where you’ll need to navigate to Settings >> Battery >> View Battery Usage. Here, you can take steps such as uninstall some of the apps that aren’t required (as they are abnormal) or you can limit the usage.

A lot of times we install apps that we aren’t going to use or we might use it someday. Then there is a bunch of bloatware that Android firmware comes with which aren’t meant to be uninstalled. If you have any third-party apps that you no longer use, it is better to uninstall it because you never know if this particular app is consuming an abnormal amount of battery or what. Further, you can disable bloatware or even uninstall if the phone is rooted which we don’t advertise.

Check the phone for viruses

Another plausible reason why you are facing battery draining problems on your phone is due to bugs, viruses, malware, etc. Nowadays, a click to an objectionable website or an app which is outdated or connecting to another ‘unsafe’ device or even connecting to the internet can introduce a string of problem in the phone of viruses. Luckily, we have anti-virus programs available for smartphones that scan for potential viruses, malware, and other foreign deterrents that can be problematic and quarantine it.

Another probable cause of fast battery draining problems is connectivity services such as WiFi, Location, NFC, Bluetooth, etc. Once enabled, these services are known to consume a lot of juice when in use. But even when not in use, these services will munch in the available battery life contributing to faster battery draining problems which is why we recommend users to keep a tap on it too.

Almost all smartphones nowadays have power saving mode while if your phone doesn’t have one, you can always install a third-party app from the Play Store. Once active, power saving mode keeps apps in tab and keeps those apps in an idle state that mustn’t be awake. Further, at a certain critical point, this feature will turn on ultra power saving mode limiting users to text and calls and browsing a bit although by suppressing other features such as the flash on a camera, brightness of the screen, etc.

This is the third location where residual cache files are located and to clear it, the user has to go through several steps to boot into the recovery mode and delete it.

How to boot into the recovery mode on the Vertex phone?

Update all the system/third-party apps

As a matter of fact, updating the apps both third-party and the ones that come pre-installed because outdated apps are primitively vulnerable to bugs and viruses. It is quite possible that one of the apps that you forgot or ignored to update is causing the battery to drain out quickly. Thus, proceed to the Google Play Store and navigate to ‘My apps and games’ to check out apps that need an update. You can click on ‘Update All’ and let all the apps update together. Or, you can tap on ‘auto-update’ so that henceforth, all the apps will be updated automatically.

Apps are a piece of code while the OS is a giant piece of codes that handles all hardware and software elements on a phone. This makes it imperative to keep it updated or it will lose its edge over protecting the system from vulnerabilities. To put this in place, you have to proceed to the Settings → About Device → Software Updates → Check for updates. Note that since Android doesn’t support all the smartphones for its update regime, you can boot to a custom ROM by installing as well to get frequent updates.

Scrutinize if the battery/charger is damaged or not

As you are facing Vertex battery draining problems which is quite common in all smartphones, here are possible hardware-related tips. Firstly, if your phone is few years old and the battery has been charged several hundred and thousands of times, it is possible that the battery has run its course reaching its maximum life-cycle thereby reducing battery life as well. Further, it is plausible that physical or liquid damage to the phone or explicitly the battery can also reduce its performance as well.

On the other hand, if you are using an incompatible charging brick can also cause the phone to charge slower or even charge fully but not effective causing it to drain faster. But if you are using an original charger, could it be damaged too? This is where you’ll need to report to a service center to scrutinize it.

If you can’t figure out the way to get out of this problem, you can use this mother-of-all fix in an attempt to resolve the issue if at all any software element was causing it. Take a backup of all the files and data beforehand and proceed by booting into the recovery mode which is already explained in the ‘wipe cache partition’. Once you enter the recovery mode, select ‘clear data/factory reset’ and confirm the same and there you have it.

Get a professional’s help

Still wondering how to resolve the Vertex battery draining problems, you’ll need to get a professional’s help from an authorized service center. This is the place where you can get the phone analyzed for issues and resolve it by the means of repairs and replacements.