A smartphone will start warming up the moment you pick it up and use an app for a while. Warming up is completely normal for smartphones when today, every SoC has a throttle system that keeps an eye over the power being drawn from the battery and the work done as the work radiates which is a simple physical phenomenon. But there something wrong with your phone if its start getting overheat which is easily detectable since you have been using your phone for a while and you definitely know the usual temperature of the phone compared to the situation when the phone is actually overheating. 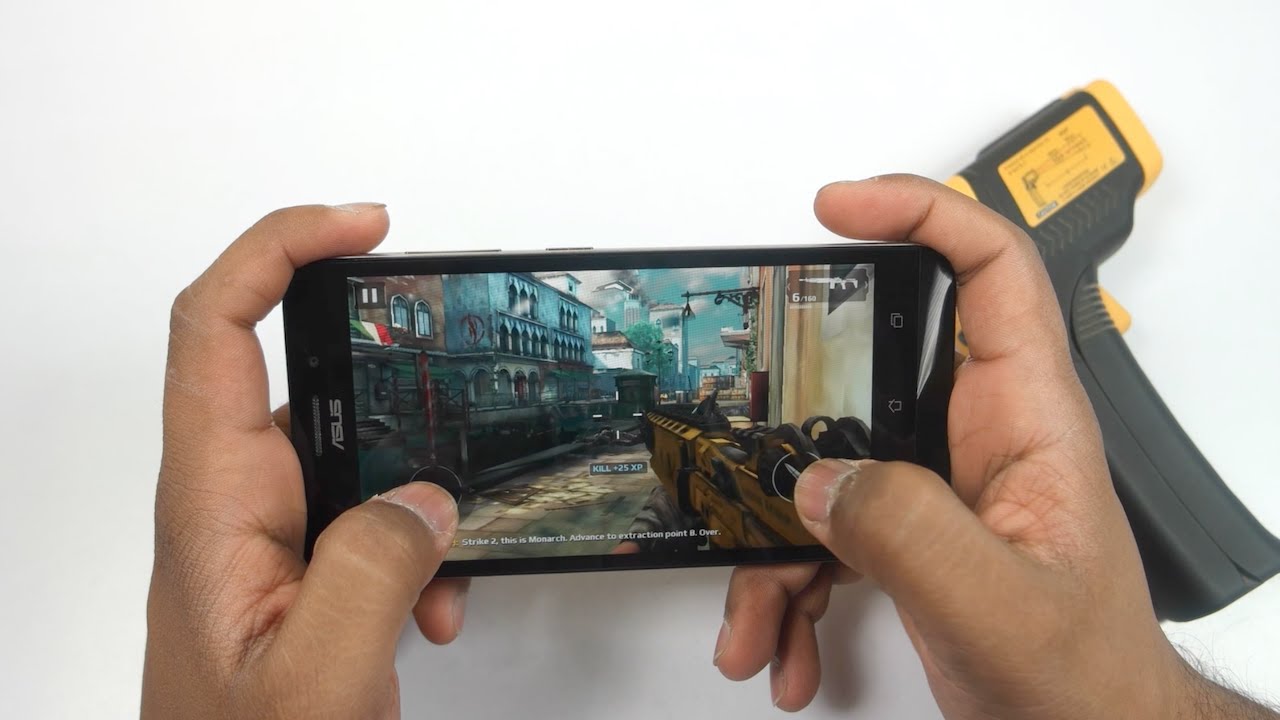 How To Fix Asus Overheating Problem?

#1 Restart the phone
The moment you notice that the phone’s core temperature is inclining, think no further and stop whatever you are doing. Close the apps open at the time you saw a spike in the temperature and wait for some time to see if the temperatures become normal or not. If not, simply reboot the phone and allow the phone to cool off. You can also disassemble the phone by removing all the removable accessories to accelerate cooling.

#2 Stop multitasking
Although you bought the phone keeping its multitasking feature in mind, if the device begins to warm up and eventually overheat when you use two or more apps at once, you must stop multitasking at least for some time so that the core temperature declines to a stable temperature where it will not cause any physical damage to the phone or any internal components. 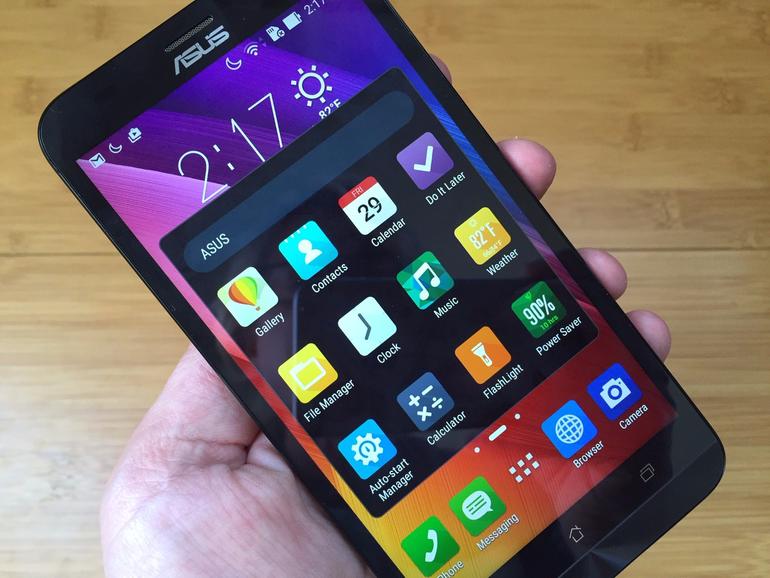 #3 Check for battery hungry apps
When you turn on an app, it takes resources required for its operation as well as draws energy from the battery. But in case if there are apps that have high-graphic requirements or those which have been bugged will consume more than usual energy from the battery. This surge in energy causes the phone to work more, generate more heat and eventually, the phone overheats above a certain manageable level. In such cases, you’ll see a popup of the screen prompting about the increased temperature of the phone which you can lower by closing or uninstall those battery hungry apps.

#4 Check if unwanted app or services aren’t online
Similar to how apps use energy from the battery when turned on irrespective of the app is still in the foreground (being used) or in the background. Collectively, apps and other services and features on the phone use battery power even when not in use but not closed either. This is where you will see that your phone gradually overheats when you try to stuff more apps and services on your phone than it can handle at a time. This will indeed cause performance issues as well as damage the various components due to increased heat gradient inside the phone. Thus, when you aren’t using an app or a service like Wifi, Bluetooth, GPS, etc, turn it off and ensure that it is closed properly.

#5 Don’t overuse
Nowadays, people could literally stay online on your phone for a day without getting tired because there is so much you can do on your phone. Although your phone might have a talk time battery life of 10 hours or more straight, it is still not made to be used at its optimum performance for 10 hours until the phone turns off automatically. It includes light apps or heavy graphics apps such as games, HD video streaming, massive software, etc that when overuse, contribute to the overheating problem of your phone. So, in case if you want to prevent the phone from ending up overheat, ensure that you provide a break of few minutes for every half an hour or around an hour of usage.

#6 What if the phone cover/case is the culprit?
If your phone started heating up exactly when you bought a new phone case, then you can do the maths. Since phone covers and cases are available in many different materials, leather or plastic cases work as an insulator so that the heat remains inside and the air from outside remains outside. This doesn’t allow the phone to radiate heat generated nor take air from outside to cool off the phone which is a clear case of the overheating problem. It can be sort if you take off the cover at least for some time and allow the phone to cool off.

#7 It could be damaged the battery
You can’t always blame the device for its shortfall or its inability to overcome the overheating problem. It is quite possible that the battery that you have been using has started to inflate or it is damaged or just old enough that it has started to show signs of its end of life. If your phone has a removable battery, take out the battery and check if it is inflated from anywhere which is a clear sign that it has been damaged. Also, if your phone has been overheating as well as draining quickly, these symptoms point towards a damaged battery which you can get checked and replaced.

#8 Use an original charger
Most people don’t really understand that a duplicate charger can cause harm to the phone and the battery. Also, you need to take care of how often and how much you recharge the battery with an original charger as unhealthy habits on recharging the phone can have an adverse effect on the battery and eventually it will show up on your device as well. Also, check if the charger you are using is of the same voltage/amperage as the one you got when you purchase the phone as there are chargers available with double the voltage/amperage that promise faster recharge but can verily damage the battery as well. 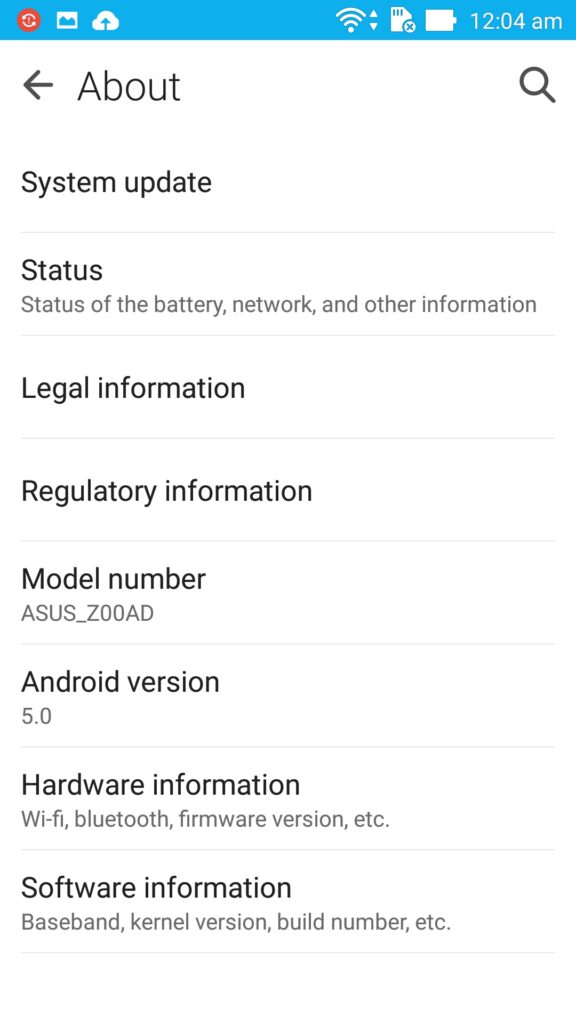 As you have an Android-enabled Asus smartphone, it is pretty fast when compared to other brands but if you keep on ignoring updates available for your firmware, it will eventually slow down the speed of the phone and also, it will put a strain on the battery and contribute to the overheating problem. If you think that your phone is warming unusually, check for available updates by going to ‘Settings >> About Device >> Software Updates >> Check for updates’. Note that Android smartphones go out-of-support after two years of launch which might be problematic but you can always rollback to the previous version of firmware to fix such an issue.

#10 Clear cache and junk files
Similar to a human body, your phone collects a lot of junk files that includes system cache, app cache, etc. These unwanted and unnecessary files can provide a platform for bugs or viruses to slow down the phone or use excess energy from the battery. Apps which aren’t updated often are the one that introduces bugs that must be fixed in order to restore the original health of the phone and to prevent the overheating problem. Here’s what you must do.

#11 Use third-party apps to throttle phone temperature
There are millions of apps available on the Google Play Store that users can download and use. Since you are facing ‘Overheating problem’, here are few ways you can use a third-party app from the Play store to fix the problem.

Device Cooler Heat Minimizer is a professional app that detects the amount of memory free and used. It also keeps track of the temperature of the device and allows the user to cool off the temperature if the phone is overheated. Other apps in this category are Coolify, Cooling Master, CC Cleaner, etc.