Smartphones have built-in throttling system embedded in its SoC or System-on-Chip as it prevents the phone from getting heated above a critical limit but at times, the SoC is incapable of practicing the throttle feature or the temperature is beyond its limit and thus, phone overheats and this could potentially cause physical damage to the internal components or the parts which are susceptible to heat if not the fire engulfs the entire phone if the temperature is just too high. If you are using a Gome smartphone, you probably have already faced the Gome overheating problem and that’s because of which you are here I guess. So, the question is, how do you fix it? How do you fix Gome overheating problem or at least minimize it below the critical and damaging levels? Here are a few ways you can achieve the goal. 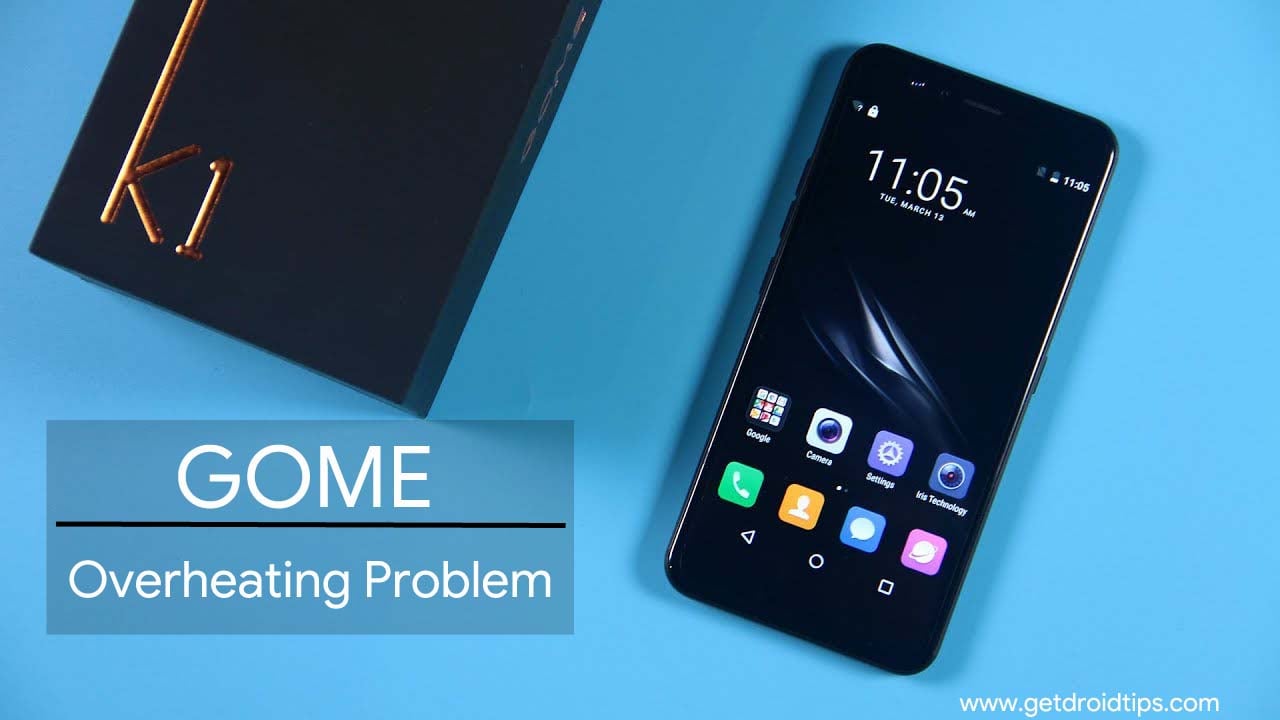 Stop using the phone under sunlight

If you are traveling someone or at a beach or there’s no shadow and you are using the phone, it is meant to heat up since any material used in a smartphone like aluminum or metal or plastic, these are sensitive to heat and will heat up if exposed for a long time and that’s not a good news for any of the internal components as well as the battery and the display. Thus, you must limit using the phone under bright sunlight or if it is too obvious to use the phone such way, I recommend you to use sporadically by using it for few minutes and then, letting it cool in a dry and shadowed place for few minutes and then use again.

Close all the programs

This is one of the biggest reason why smartphone overheat. To explain, a smartphone has to physically move things or say, electrons from the battery to the components to get things done. This moment can generate heat and a lot of programs if opened, can generate a lot of heat and thus, raise the temperature of the phone. The solution is to close all the programs the moment you feel like the phone is getting hot and that’s when you can keep the phone below the critical temperature. Note that phone usually heat up when using graphics intensive games or apps or even making calls but the thing to keep in the tab is, it mustn’t rise above usual temperature.

Stop all the connectivity services

There are a lot of connectivity services on a smartphone such as a network, wifi, GPS, NFC, Bluetooth etc. Now, if you keep them turned on, it will munch on the battery life but that’s the least of concern. When not in use but still turned on, these features can add to the abnormal battery being drawn from the battery which in turns means, more work is to be done and that means more heat and eventually overheating problem isn’t too far from it. Thus, the solution is to stop these connectivity services and features when not in use. For better results, turn off all the services and enable airplane mode for a few minutes to bring down the phone’s temperature quickly.

All you need to know about the apps you install

When you install an app, it takes a bit of storage on your phone, it takes memory and other resources. Now, when you install tens of other apps, they do the same and thus, now the SoC has a lot to handle. Even if some of these apps are not in use, it will still run in the background and munch on the resources and that is why it is advisable not to install too many apps when not required. I also recommended users with any software-related problem to simply uninstall or disable apps that they don’t require for now. This will save the resources as well as quicken the performance of the device considerably.

There is a term called app conflict which occurs when an app is causing hurdle in operating another app. This is usually seen when a user downloads a new app and it crashes or any other app crashes every time he/she uses it. Thus, the solution is to get rid of a recently downloaded app to check if the problem is sorted or not. Further, you can also boot into the safe mode to get a glimpse of if the pre-loaded or third-party apps are causing the issue and act accordingly. I would strongly recommend removing all the apps that you don’t need right now since you can download it later when needed. Also, keeping the internal storage as free as possible will boost the performance of the phone for sure.

Get rid of corrupted cache

For those who don’t know, cache files are actually created and stored by the system to ease retrieval process, however, these files get corrupted or bugged easily and that is why, performance glitches like overheating problem, wifi or GPS problems, screen freezing/flickering, restarting and a lot of other issues occur. Thus, getting rid of it must be a daily task if you are looking for a smooth user experience.

You can get rid of cache files using three methods where all the three must be practiced if you are looking forward to curbing ay software issue. Firstly, you must get rid of storage cache which is located in Settings >> Storage >> Cache Memory where you download the same. Secondly, the other cache files are stored at app level which can be accessed and wiped by zooming into the Settings >> Apps >> Downloaded. Note that you’ll have to erase the cache files for each individual apps but remember, when you delete cache files, you’ll also delete login details such as for WhatsApp or Facebook, etc.

Update the apps and OS

Keeping apps and the operating system’s firmware is a priority since it will help avoid any potential bugs that might come across when using a smartphone which is connected to the internet and susceptible to viruses and bugs. You need to keep the apps updated while the OS must be updated as and when the updates are available. But since Google supports a smartphone with updates for two years only and that is only high-end smartphones while the midrange and budget smartphone might barely get an OTA update if at all, you can always install a custom ROM which is more powerful and gets frequent updates for years.

There are basically two ways to perform a factory reset but I would say the recovery mode method is more satisfying but it is a tad bit complicated so we will start with the same method. You need to navigate to the Settings >> Backup and Reset >> Reset the Phone >> Erase Everything and that’s how you get rid of all the user data without entering the recovery mode.

To enter the recovery mode to perform a factory reset (the same procedure is applicable for wiping cache partition), follow the procedure given below.

Can’t prevent the phone from overheating problem? It’s time to react since keeping the phone in such a state can cause a problem later. You can report the issue to a service center and get it fixed at a premium.