Speaking about the important features on a smartphone, GPS has chartered the list of imminent thanks to our dependency on this feature. And with the increased usage, the probability of GPS problem is imminent which means, either you are facing any type of GPS problem on your Kyocera or practically any other Android-enabled smartphone or you just want to feel sure that next time when you face any GPS-related issue, you can use this explicit troubleshooting guide to fix it. Here are a few possible ways that you can use to fix Kyocera GPS problem and yes, you can use this guide for any other smartphone too. 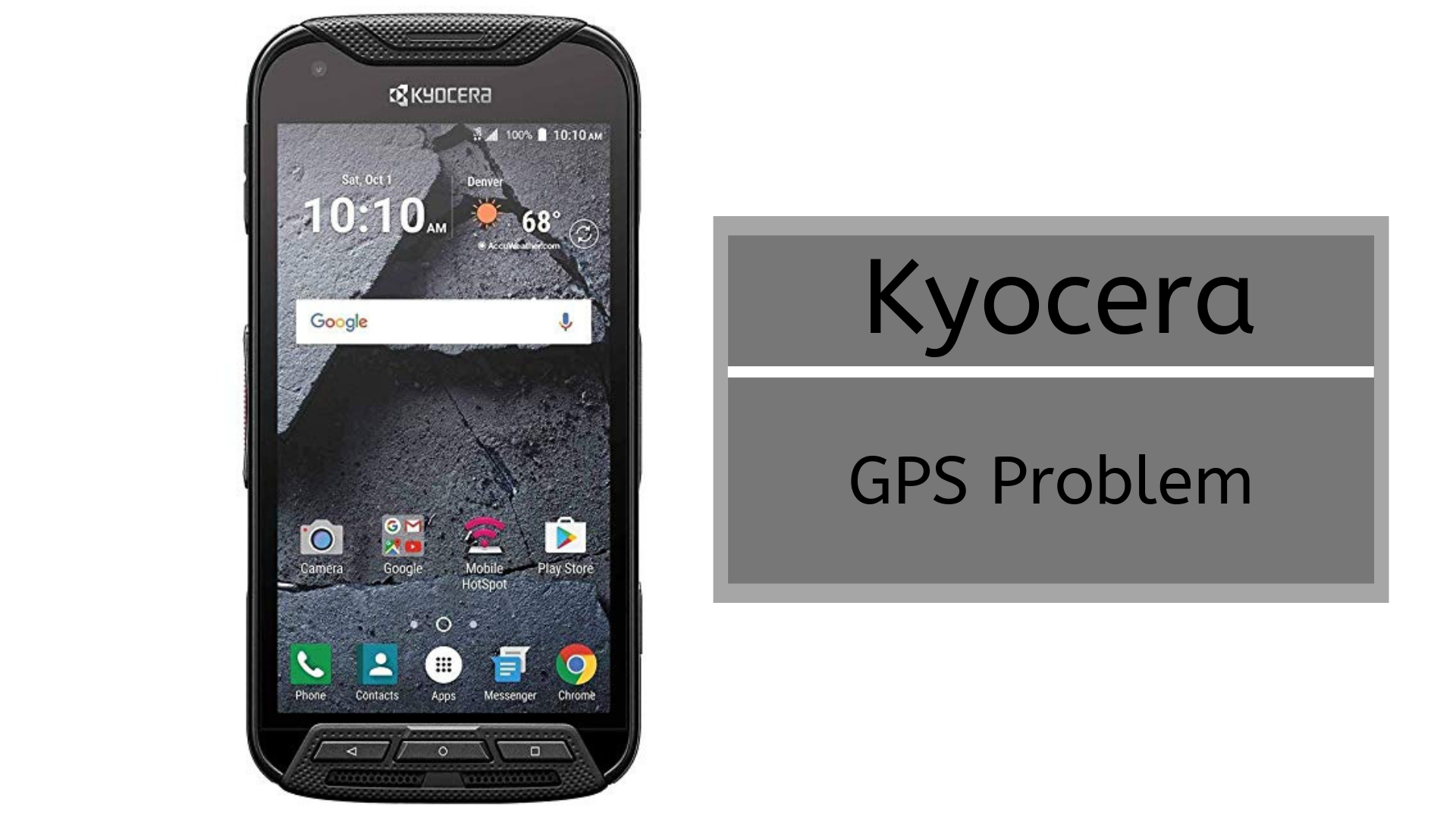 How do GPS works?

There are a number of complicated techniques and technologies used in order to get the GPS working, however, just to put things into perspective, here’s a very simplified version of how it works. Now, there are more than 20 GPS satellites orbiting the Earth while in geostationary orbit. These satellites use a method called trilateration where the location of a user is recorded by using at least four satellites clearly in the sight. These satellites form a circular path in space and there is a point where all three or four circles merge and that is the optimum location of the user. Your phone act as a GPS receiver constantly receiving data from the satellite and this is who apps locate user’s location on maps.

How To Fix Kyocera GPS Problem?

There is a shortcut GPS/Location API on your phone that you can access simply by dragging down the notification tray. If you are finding it difficult to access or use GPS at any point, this method might come to your rescue for sure. To pull this off, simply tap on the GPS icon within the notification tray several times and this must restore the service as per your convenience.

Another effective method to employ on your phone is to toggle airplane mode. What happens is sometimes it is a minor network or software-related issue that needs a little push to resolve and airplane mode offers the same. Here, you need to toggle airplane mode several times to push GPS to work properly. Simply drag the notification panel and tap on airplane or flight mode icon a number of times and then, reconnect using GPS. Hope this method works or else you can always proceed to other methods listed below as well.

A key method that has been around for ages is the restart method. Any problem with your smartphone or essentially any electronic device? Simply reboot it and expect it to work properly. Also, all the apps, processes, etc will restart giving your phone an edge over any potential issue such as the GPS problem that we are discussing right here.

Almost every smartphone has a power saving mode built-in that enables saving battery by restricting excessive operations and processes on a device. However, it might be entangling with the GPS feature on your device too and the way to fix it is to simply turn off the mode and check if GPS works with it or not.

GPS consume backup from the battery to power it up but sometimes, it might not work properly. This is why your phone has a high-accuracy mode that uses even larger battery backup to use cell towers in the congregation to the GPS satellites to pinpoint your location on the map. This has a high possibility of providing accurate location-based results that you can utilize in order to curb the so-called GPS problem you might be facing.

A majority of users on Android smartphones use Google Maps but even if you are using some other apps here, you need to understand that it must be updated frequently as it strengthens protection against viruses, hacking attempts, malware, bugs, etc while the defenses are pretty low of an outdated app. Thus, be sure to update apps.

Corrupted cache memory can play a vital role in this GPS problem and a slew of other smartphone-related issues which is the reason why it is often summoned as one of the major troubleshooting methods that experts recommend so you must do it for sure.

A number of potential GPS problem is caused due to some kind of obstacles or interference between the user’s device and the cell towers and GPS satellites. This can be as simple as removing the phone cover that might play a role in causing interference or it can be anything from windows, doors, walls, buildings, and even people. The easiest way out is to go outside in an open space and try to use the GPS now.

Using GPS Status & Toolbox or GPS Essentials and like apps allow users to scrutinize if the GPS problem they are having is due to a hardware or software issue. These apps have a feature called ‘Satellites’ that allow them to view the location of satellites on the screen and for GPS to work properly, at least four satellites are required in clear sight of the device. Now, if you see no satellites or less than 4 or 3 satellites, it is possible interference that you can fix by walking outside the house. Another probable issue is hardware and you can gauge it simply if there are no satellites on-screen.

Next up, it’s time to resolve any impending issues due to the outdated app is to update the firmware. It is easy to update the firmware but there’s a lot of OS fragmentation with updating smartphones enabled with Android OS. However, you can either choose between updating the firmware if available. Next option is to install a custom ROM or rollback to the last OS version.

Restore the phone back to factory settings

Recovery mode is one of the single-handedly powerful bootable partition on a smartphone. It does have some powerful tools and factory reset is one of them. You can hard reset your device if you doubt that there’s no hardware issue which of course need physical intervention. But you need to understand that restoring the phone to its original settings is irreversible and it wipes all the data from the device clean and you won’t be able to hold of any data whatsoever. You can get hold of this method to fix this GPS problem in question and here’s how you are actually needed to do about.

No doubt the last thing you could do to fix the Kyocera GPS problem is to walk-in to an authorized service center nearby and ask the technician to analyze, repair or replace any affected component so that you no longer have to face the same issue with the device.