Your phone’s overall temperature depends upon the temperature of the environment and bunch of other factors. If you think that your phone overheats, perhaps the reason could be due to a number of apps running in the background or perhaps you might be playing high-graphic games too much and too often or it could be due to the extreme temperature of the environment that is causing the overheating problems. Although it might not seem as a problem, give it some time and you will notice that the phone usually runs sluggish when it is hot or the processing speed changes when the fluctuates between hot and cold temperature. Although phones heat up after few minutes of hours of usage or recharge, overheating is particularly bad for a smartphone as it can cause damage to its internal as well as external components. Here are few cool tips you can opt to prevent and protect your Sony Overheating problem. 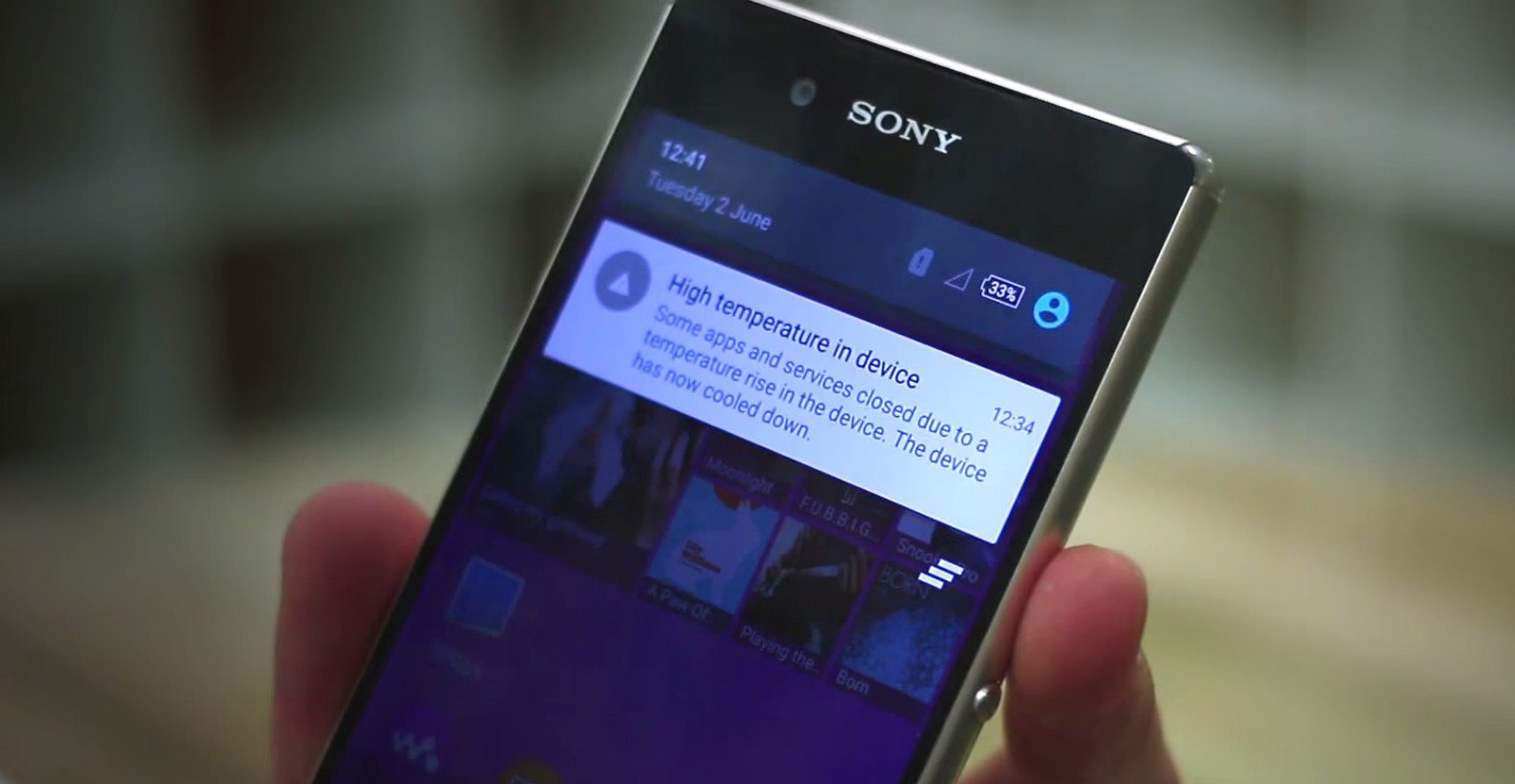 First, the basics on why smartphone heat up?
It may sound something new for smartphone users but your phone has to actually move things physically in order to get things done. In this case, it has to move energy from the battery to the various components involved in any given process as well as other units placed on SoC which throttles the flow of energy. But as the movement of energy increases, it creates heat and that heat increases the internal temperature of the phone which is something you don’t have to worry about as its the SoC’s job to look after it.

But, when there the surge in energy and a lot of movement takes place or due to any external stimuli like the extremely hot temperature of direct sunlight, the core temperature begins to rise and that is when things take an awful turn. Excessive overheating can cause potential damage to the phone such as it can obstruct the phone from reaching its optimum processing and performance speed, it can limit the number of apps from running on the system, it can put burden on the CPU when there are number of features being used which includes widgets, multitasking, Bluetooth, wifi, etc.

How To Fix Sony Overheating Problem?

In this extract, we have answered all your queries related to Sony overheating problem which can potentially solve the issue to a great extent. Maintaining the same practice can prevent any potential damage to the phone in the long run.

The phone is overheating, what’s the first thing I should do?
Just as we speak, there are hundreds of people observing the overheating problem that we are discussing here. This raises a question whether what should I do first if my phone starts to overheat? Well, the moment when you feel that your phone has started to overheat, press the power button and turn off the phone right away. Let the phone cool itself. You can add more to it by removing the battery but only if it is removable as trying to remove non-removable battery can make more damage than you think. The aim should be to lower phone’s temperature as quickly as you can and that is why ‘reboot the system’ will cut off all the ongoing processes and provide a small window for the phone to cope up with its increasing temperature.

Avoid direct sunlight
I think you get great selfies and photos when out in the sunlight or when you are on a beach but ensure that the phone is not directly in contact with the sunlight. Since your screen will double as a magnifying glass, it will increase the core temperature of the phone that will lead to Sony overheating problem. The best solution is to avoid direct sunlight or keep a shade or cover over it to prevent it from warming up.

Is your phone suffocating?
Not many people understand how phone case or cover can contribute to the overheating problem. To simplify this, most of the covers are made up of plastics or some kind of plastic or other substances that work as an insulator for heat that keeps the heat inside and cold outside. Although the heat generated during subtle tasks is released through the available space the problem starts when the user works on high-performance apps that create a lot of heat. This clogs up the phone and it starts to warm up gradually causing an overheat. For a change, if your phone heats up quickly, try to remove the case and keep it in an airy place to cool down for few minutes.

The charger and the battery
A lot of use overlook most obvious reasons behind overheating which is the components that involve charging. First, you need to make sure that the charger and the cable you use is original and made specifically for your phone. If the voltage or amperage output of the adapter you use is different from the original provided by the manufacturer when you buy a phone, this can create an overheating problem. Also, since lithium ion batteries are known to deplete in performance as its life cycle progresses, this can create a shortage of the available power and increase in the apparent usage as there are hundreds of tasks that user can do with his/her phone. Have a look if the battery is faulty or damaged, if yes then get it replaced.

Close/turn off what’s not needed
The moment you feel that your phone is warming up, limit the number of features and apps you are using at the time. You can close all the apps and processes that you aren’t using as these apps are still using the resources required to keep it alive in the background. Simply close the unwanted apps from the ‘recent’ list and also, ‘Force Stop’ the apps that you don’t need for time being, go to ‘Settings >> Apps >> Running’ to check out the apps currently running. Further, uninstall apps that are dormant or least used because of the same reason – they still use resources to keep afloat when not in use.

Further, turn off the features like Bluetooth, wifi, location, etc which are one of the many high-performance features that consumes excess battery power. You can install a third-party app from the Google Play store to limit such apps and processes from accessing battery backup and other resources.

Update the OS
Keeping the phone updated with the latest firmware patches and the apps installed in the system can help avert many issues and bugs that can bring down your phone’s efficiency and introduce errors where overheating is included. It won’t take much time to check out if apps on your phone have received an update or not, simply open the Play Store and check out the Updates section in the ‘My apps and games’ section. On the other hand, check out the available firmware updates at ‘Settings >> About Phone >> Software update’.

Factory data reset
The last resort is to perform a factory data reset or hard reset that will erase all the data stored on the system and resolve all the bugs and issues that you have encountered. You can perform FDR in two ways where one of the methods requires you to follow ‘Settings >> Backup and Reset >> Reset the phone’ which is comparatively easy than the second available method for which, the steps are as followed.

Seek a permanent fix
If you think that these methods aren’t helping, there are chances that your phone is actually suffering from a hardware-related issue which you can get resolved with the help of a technician unless you are experienced enough to dismantle the phone and make the necessary repair. For all others, report the Sony overheating problem to the nearest service center and if the phone is in warranty period, you can report it to an authorized service center to the problem fixed.