In this guide, we will show you the steps to install Android 12 Developer Preview 1.1 onto supported devices. Google has just released the latest iteration of its Android OS. While this might come as a surprise to some as the earlier Android 11 is yet to make its way over to a large chunk of devices. With that said, Google has always stuck with its timeline of releasing the developer builds of its latest release by February end of each year. And this time is no different either. As of now, the first developer preview is already live for its Pixel series of devices.

With this, there is a plentitude of noteworthy features that you are about to welcome. These include the likes of the new Material NEXT design, translucent background in the notification panel as well as the lock screen. Likewise, it has also added the scrolling screenshots, improved widgets, and further refined media controls in the Quick Settings toggle. So if you are looking to get your hands on these features, then you have come to the right place. This guide will show you the steps to install the Android 12 Developer Preview 1.1 onto your device. 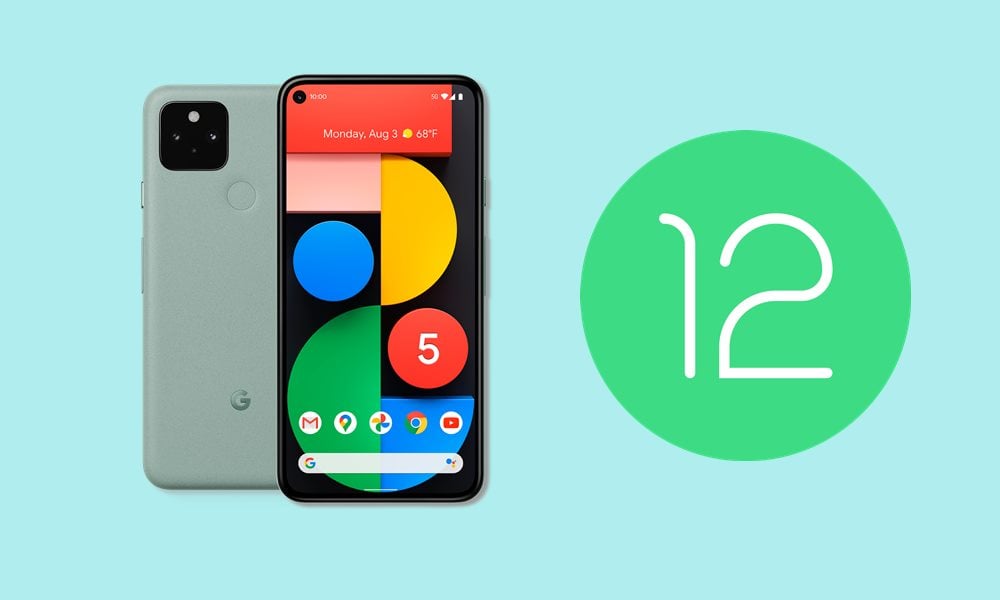 How to Install Android 12 Developer Previews

Before you proceed ahead with the download, keep in mind that it is a developer build. Hence there could be a few bugs and some stability issues as well. Hence it isn’t recommended to be used as a daily driver. With that said, we have shared two different installation methods: via ADB sideload and through the flash-all script. While the first method could be done on a locked bootloader, the second method requires an unlocked bootloader. So head over to the one that meets your requirements and don’t forget to take a complete backup beforehand as well.

The Developer Previews are supported on Pixel 3 and onwards. So download the one corresponding to your device from the below link. Apart from the latest Android 12 Developer Preview 1.1, we have added older builds as well.

STEP 2A: Install via ADB Sideload

The first of the two methods use the ADB sideload functionality to install the Android 12 Developer Preview 1.1 onto your Pixel device. Follow along for the instructions.

The installation process shall now begin and could take a few minutes. Once done, highlight the Reboot system now option via Volume Keys and hit the Power key to confirm it. That’s it. Your device will now boot to the newly installed Android 12 Developer Preview 1.1.

STEP 2B: Install via Fastboot

This process requires an unlocked bootloader, so make sure that you meet this requirement. If you haven’t done so, then you may refer to our guide to Unlock Bootloader via Fastboot Method on Android. Furthermore, the below installation process will wipe off all the data from your device.

Though you have the option of editing the flash script file and removing the fastboot -w command (that leads to a device wipe), it isn’t recommended to do so at this stage. This is because when performing an OS upgrade, it is advised to go for a clean install. With that said, let’s get on with the steps to install Android 12 Developer Preview 1.1 onto your device.

That’s it. With this, we conclude the guide on how to install Android 12 Developer Preview 1.1 We have shared two different methods for the same. Do let us know in the comments which one you ultimately settled for. Rounding off, here are some iPhone Tips and Tricks, PC tips and tricks, and Android Tips and Tricks that you should check out as well.