Android has a humongous number of third-party apps available on the Google Play Store. While plenty of apps can be found on the internet as an APK file which is also easy to install on Android devices. Now, talking about most screen recorder apps for Android can record screens @30fps/60fps maximum. The 60fps screen recording is just fine and seems pretty good. Thanks to the Screen Recorder app for providing the option to record up to 120fps. Check out the steps on How to record 120 FPS screen using Screen Recorder.

If you’re using an upper midrange device or a flagship device then you should probably go for a higher FPS. Therefore, the Screen Recorder app will come in handy for you. Although these days most of the custom skin based smartphones come with the preloaded screen recording options. Still, some of the popular devices and especially the Stock Android running devices don’t have that option.

Now, the Screen Recorder app has recently got an update to 120fps screen recording and it has plenty of other options as well. Apart from it, the Android app is free to download and available on the Google Play Store. Additionally, the app doesn’t have any push ads. So, it will be quite easy to use and record screen whenever you want. Check out the app download link below. 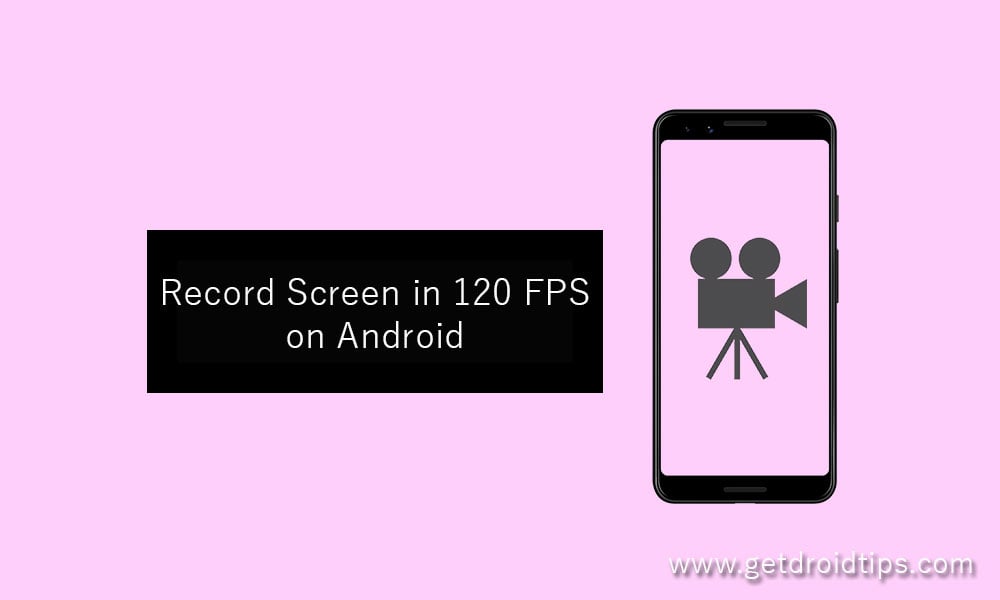 Now, without wasting any more time, let’s jump into the steps below.

The mentioned Screen Recorder app features some of the useful features or options like frame rate adjustments, audio recording, video orientation, bitrate, video encoder, resolution, and more. In the frame rate settings, you will get FPS options from 24 fps to 120 fps that you can adjust accordingly. Additionally, you will get screenshots and video trimmer option in the app.

Read Also: How to turn ON Screen Recording in Android Q

In order to use the app and record videos in 120 fps, follow the steps below:

That’s it, guys. All the recorded videos will be saved automatically to the Gallery app or the File Manager app. The app also supports multiple languages, light/dark theme, custom logo text or logo image, etc.

We assume that you’ve installed the app and using it very easily. If you’ve any queries, let us know in the comments below.