Status bar icons are good for keeping the user updated about current system settings on a device, but there are times when you feel they are unnecessary, and you might want to get rid of them for one reason or the other. If you own a Pixel 2 or Pixel 2 XL smartphone from Google and wish to remove icons on your status bar, this article is for you. 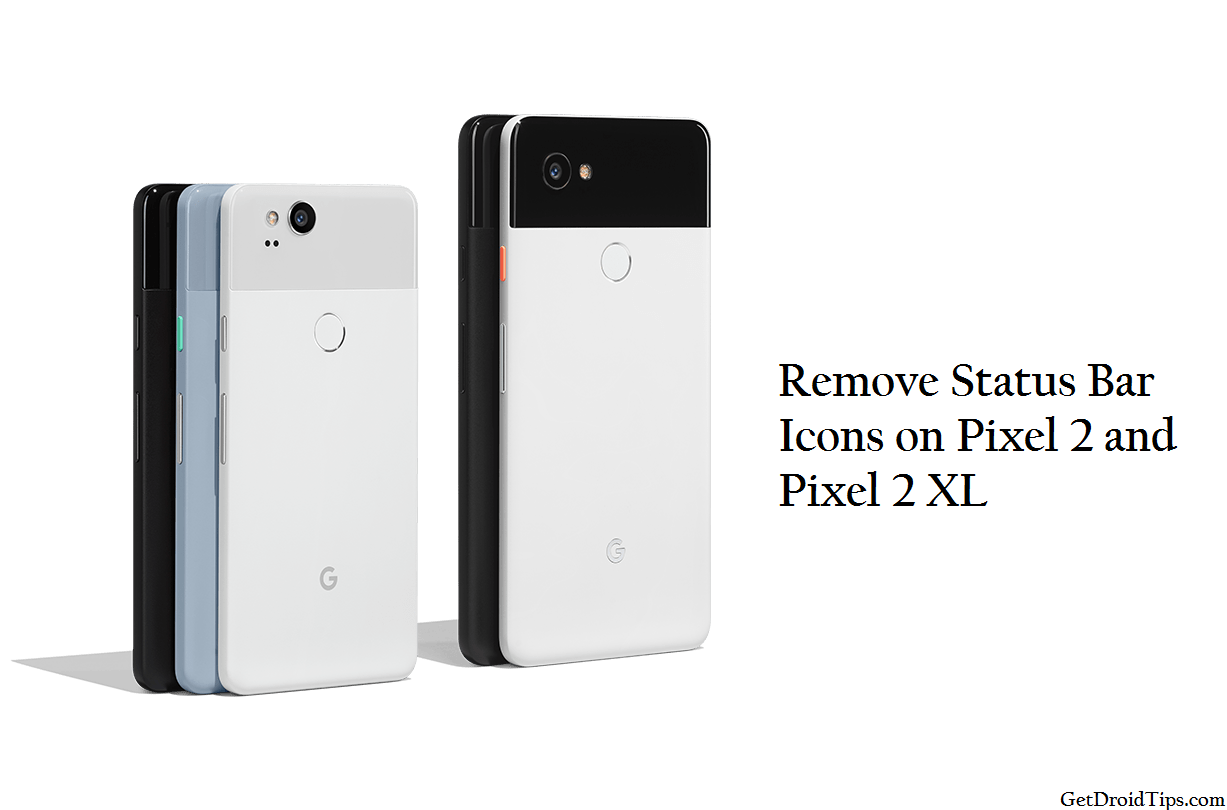 When I talk about status bar icons, these are icons that show the current state of a setting on your phone. They are displayed on the right side of the status bar when it (status bar) is not extended, and are different from notification icons which are shown on the left of the status bar.

You don’t need to install any software or flash any zip file for this tweak to work; everything you need has been provided for you in the Pixel 2’s stock software. But first, you need to enable the System UI Tuner feature on your device.

System UI Tuner is a feature that was added to the Android Operating System in Android version 6.0 (Marshmallow), and as its name suggests, it allows you to apply certain UI tweaks to your smartphone instead of having to install custom ROMs or using software like GravityBox to achieve the same results.

It’s available for all stock ROMs from Marshmallow but isn’t enabled by default. Hence, many do not even know that this feature exists, and they don’t know how to enable it. I’ll be showing you how to do this in this guide, and how to use the System UI Tuner to remove status bar icons on Pixel 2 and Pixel 2 XL.

How to enable System UI Tuner on Android

Now that you’ve enabled System UI Tuner, you have to do a little extra to remove status bar icons on your smartphone. Here are the steps: