ColorOS is the custom skin that you can find on Realme or OPPO smartphones. Though like MIUI 11, the user interface seems cluttered, the gradual updates have made this custom UI a lot cleaner and sleek. Moreover, ColorOS 7 is on the way and its beta updates are already out for early adopters or beta users. You will find several nice features in ColorOS including the feature-of-interest for this topic, the App Cloner. This is a built-in feature that lets the user clone any supported app and uses them with two different accounts. Besides, this eradicates the need for using third-party app cloners. But, for some, enabling and using the cloner can be a bit tricky.

And with this post, we will guide you on how to enable and use the Clone Apps feature in ColorOS. Note that not every app can be cloned using the app cloner. Only supported apps generally like Facebook, WhatsApp, etc can be cloned. In fact, this is a nice feature if you wish to use two accounts at the same time on one smartphone without the need for logging out of the other account. So, without any further ado, let us get straight into the article itself: 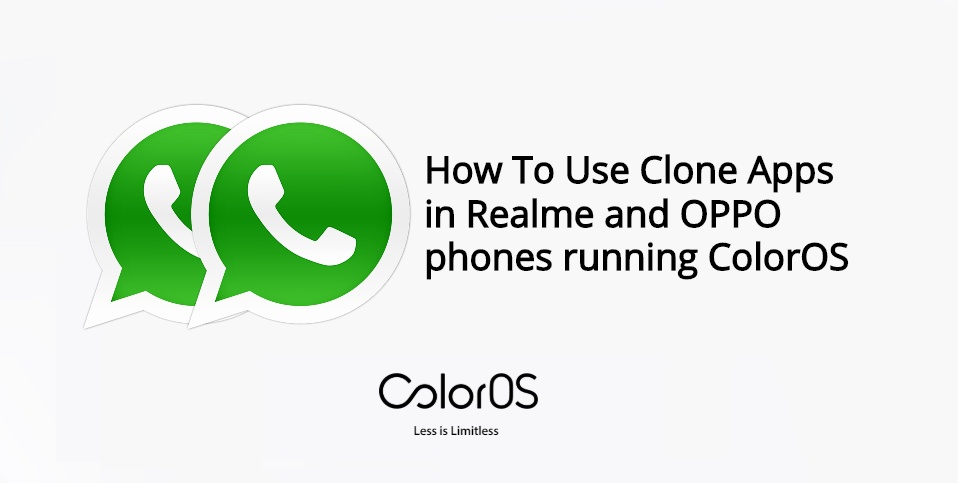 As mentioned above, cloning apps is not possible for every app. You will be presented with a list of apps that can be cloned. Often it is the messaging apps like WhatsApp, Facebook, Instagram, Telegram, etc that lets you create a clone using the App Cloner on the ColorOS. Moreover, you will be able to apply app lock on both the original as well the cloned app. In fact, it is pretty easy to distinguish be original and cloned apps as the cloned app will be presented with the “App name (Clone)” format.

If you have used an app cloner from the third party previously, then this method is fairly simple. However, for the first-timers, you can follow the below steps in order to start cloning the apps:

There you have it. You have now successfully cloned the application on your Android smartphone running on ColorOS. Notably, both the apps will run differently and you can log in using different accounts to operate them individually. Therefore changing the data of one app will not have any impact on the data of the other app. As mentioned above, the cloned app will have the app name in the format “App name (Clone)” for example Facebook (Clone).  Not only this, but you can also rename the cloned app’s name as well to recognize it as per your convenience.

So, that’s it from my side in this post. I hope you guys liked this post and were able to successfully clone the app of your choice. Let us know in the comments below if you faced any difficulties while following any of the above-mentioned steps. Until the next post…Cheers!