When you are having a conversation with your other half, privacy would constantly be on the back of your mind. There is always this worry that what if these conversations end up at the wrong hands. While it isn’t an easy task deciphering the database of the world’s biggest social media giants, yet there is always an iota of worry. Considering the complicated relationship between Facebook and privacy, this concern is all the more justified. Well, in this regard, the Facebook Messenger secret conversation should come in handy.

This conversation will forever be end-to-end encrypted and is intended just for you and the person you’re talking to. No third-party app or service can get their hands on these conversations. Furthermore, just to be double sure, each user has its own set of unique keys. So you could send your keys to the intended recipient and ask him or her to make sure it is the same keys under your name within their account. The same should be true the other way around.

On that note, here are the complete instructions regarding the Facebook Messenger secret conversation. We will show you how to enable this feature, send messages via it, and also delete or make the disappearing messages. Furthermore, the steps to match user keys will also be shared. Just keep in mind that in this mode of conversation, you could send Messages, Pictures, Stickers, Videos, and Voice recordings. On the other hand, Group messages, Gifs, Voice or video calling, and Payments aren’t supported as of now. 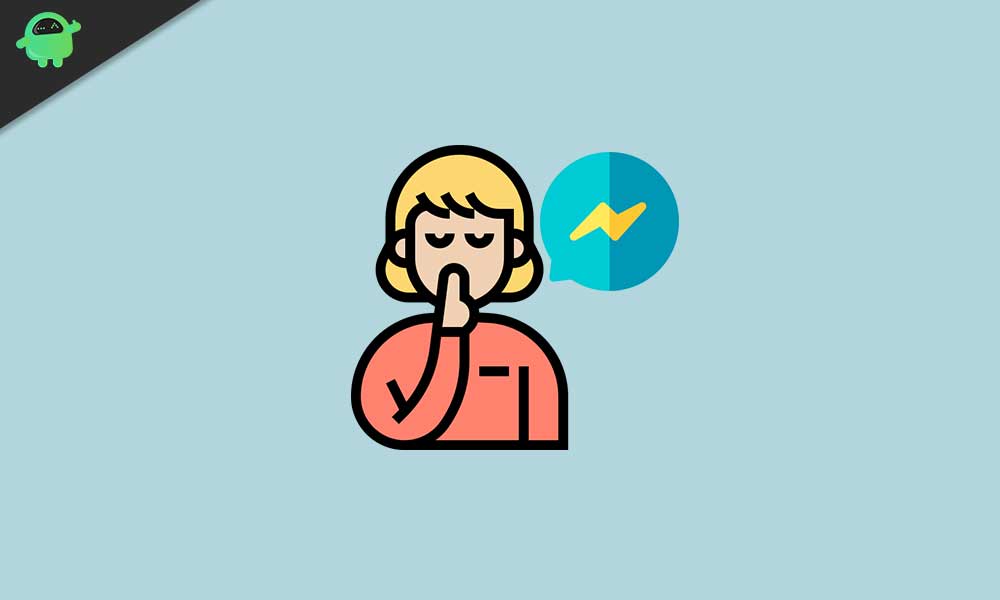 As of now, you could start  Secret Conversation via the Messenger app on iOS and Android. It isn’t available on the Facebook chat or messenger.com. On that note, here are the required steps to enable this feature on the Messenger app:

How to Use Secret Conversation 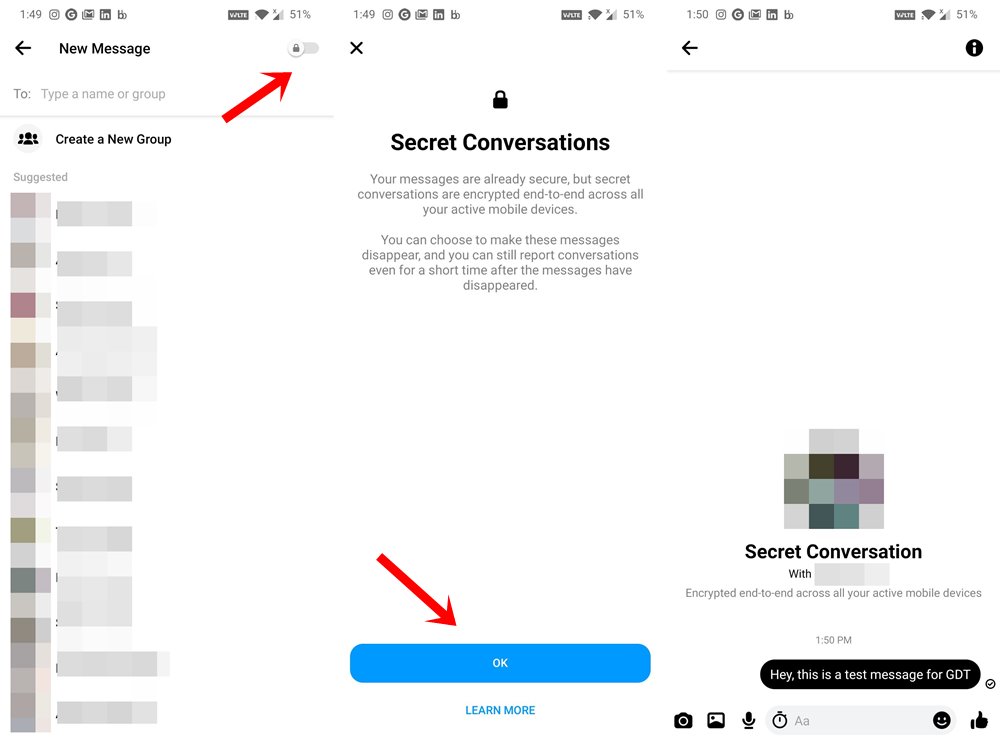 That’s it. You may now start the Secret Conversation with that contact via the Facebook Messenger. Let’s now check out the steps to delete messages from this conversation.

Deleting a message doesn’t mean that it will be deleted from your friend’s chat as well. It will just remove the message from your conversation. Anyways, if you wish to try it out, then here are the required steps: 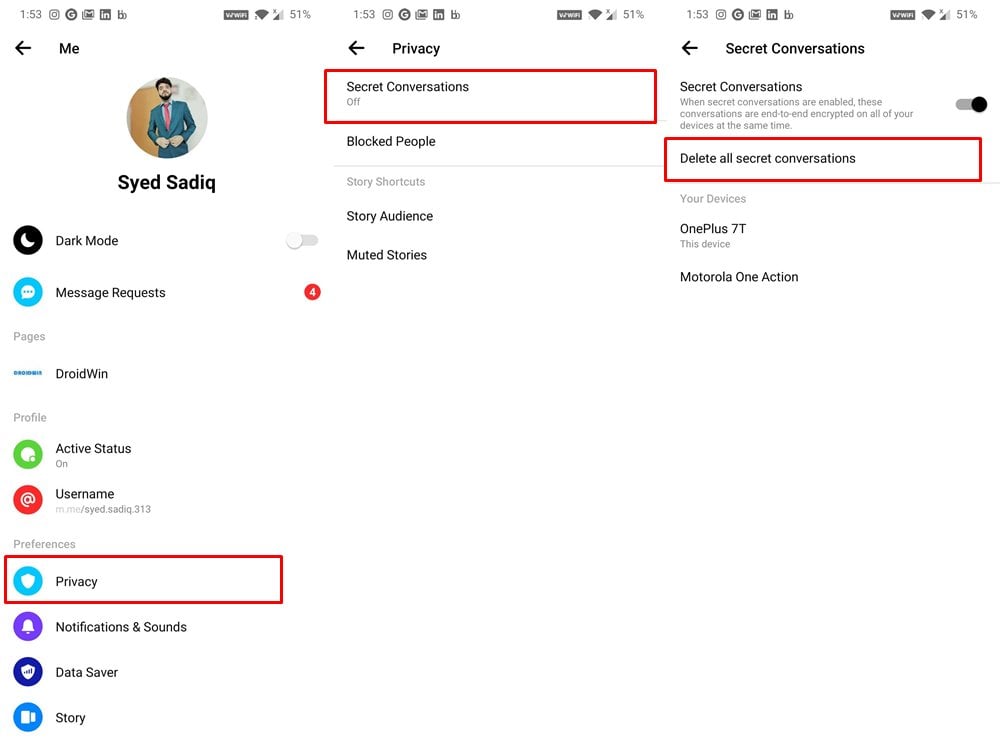 While this only delete’s the messages on your end, you could also send disappearing messages that will disappear after a specified time period. Here is how to make full use of this feature.

How to Send Disappearing Messages

Do keep in mind that the timer starts once the message has been seen by the recipient and not when you have sent the message. For example, if you have sent a disappearing message with 30 seconds expiration duration,  and the recipient opens this message after a couple of days, then the timer will start from the second day only. On that note, here is how to send disappearing messages in Secret Conversations via Facebook Messenger.

How to Verify Encryption

To verify that all your messages are indeed encrypted, there are a couple of ways. You could either send your keys to your friend and ask them to verify that key under your username. Or your friend could send their keys and you could then verify that under their username. We would be listing out the instructions for the former: 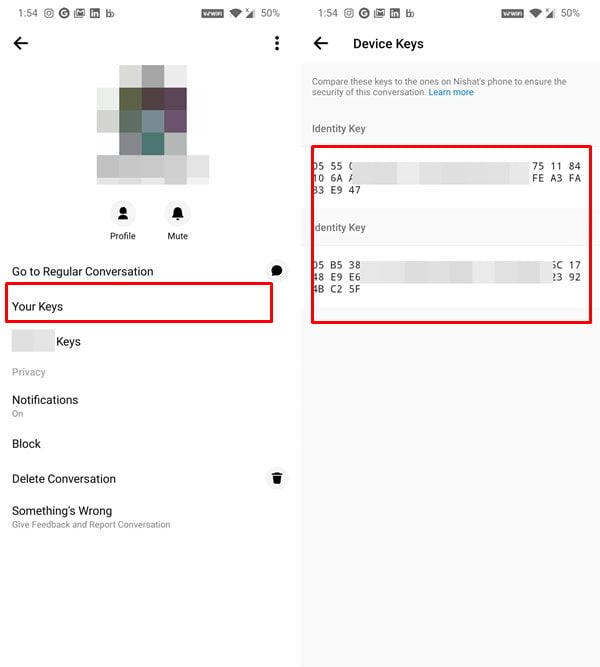 With this, we conclude the guide on the Facebook Messenger Secret Conversation feature. We have outlined the steps to start a secret conversation, delete messages from it, send disappearing messages, and how to reverify the encryption. If you still have any doubts, do let us know in the comments section below. Rounding off, here are some iPhone Tips and Tricks, PC tips and tricks, and Android Tips and Trick that you should check out as well.