After a rigorous tussle from the U.S. government and other parties involved, Huawei finally introduced its in-house HarmonyOS last year. Cut to now, the new and improved HarmonyOS 2.0 has arrived and it has already been released on more than 100 million devices in China.

HarmonyOS 2.0 is a unified distributed operating system from Huawei that brings all the devices in Huawei’s ecosystem closer and work in harmony. This includes but is not limited to smartphones, in-car infotainment systems, wearables like smartphones, IoT devices, smart home products and more. The Chinese smartphone maker has polished the HarmonyOS 2.0 extensively which makes it much more powerful with a new custom interface than Huawei’s EMUI as well as manages to bring a tonne of new features.

Although Huawei assures that HarmonyOS 2.0 is a standalone in-house operating system released to replace the Android OS on both Huawei and Honor smartphones, tech juggernauts have revealed that HarmonyOS is still inspired by Android since it is made on Android Open Source Platform (where HarmonyOS is better than Android OS in its own game) but Huawei has sprinkled a lot of features both advanced and otherwise making it a must-try. 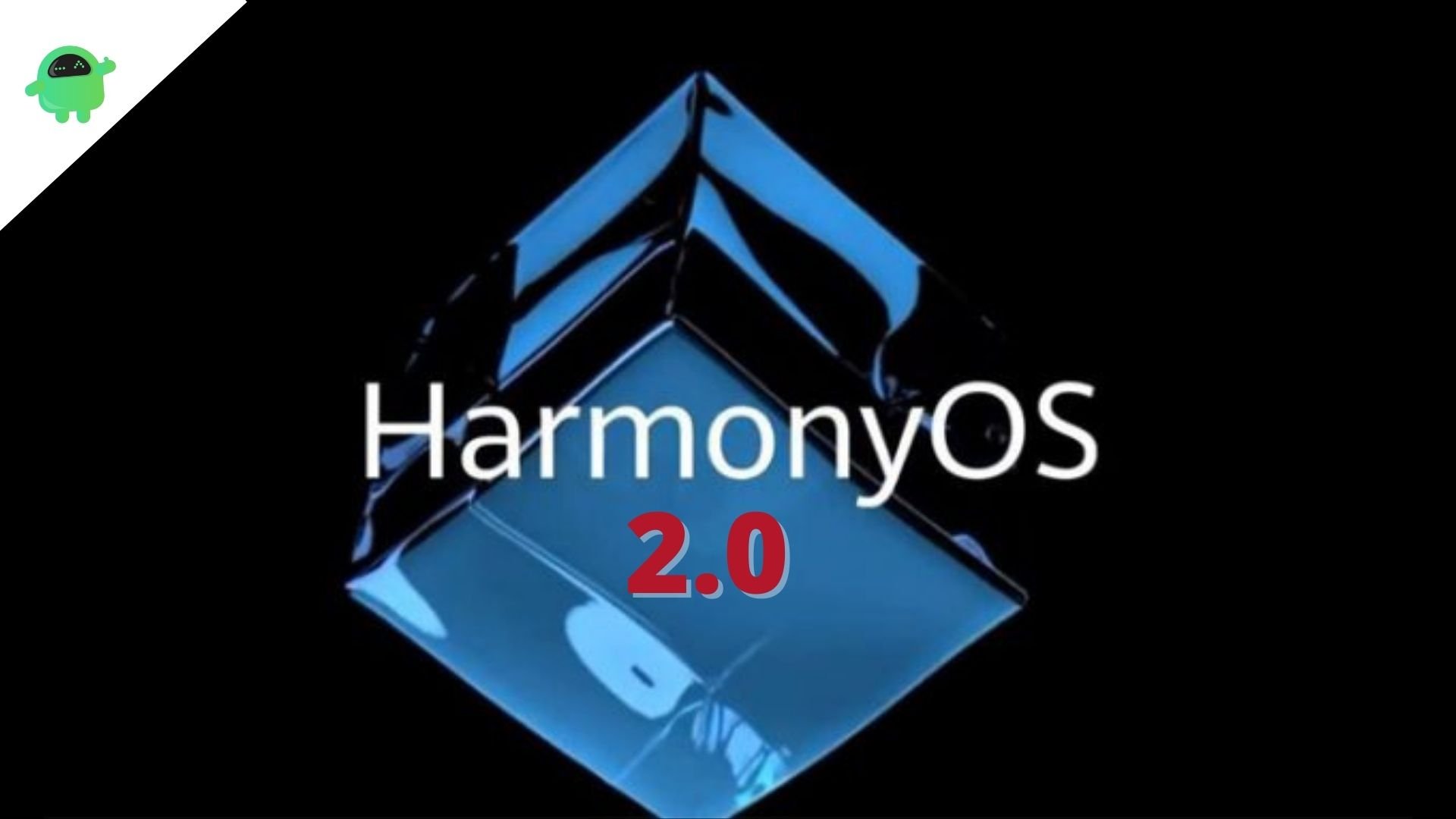 HarmonyOS 2.0 markets itself as software that offers seamless integration with other smart devices be it IoT, smart TVs, smart home products, tablets, and phones to name a few.

Just like Samsung Galaxy S22’s DeX support, HarmonyOS 2.0 has a few features on-board that help you connect and collaborate to your laptop as well. This includes Extend Mode, Mirror Mode or Collaborate Mode for seamless transfers of files using drag and drop functionality.

Released in later updates, the multi-camera support on HarmonyOS 2.0 makes sure users are able to pair multiple HarmoyOS devices in a pair with the same Wi-Fi network. Once there, users can choose videos from each camera from different perspectives. The feature is being improved with consecutive updates.

Just like many other OEMs and their custom UIs, HarmonyOS 2.0 has an application clone built-in. This allows users to create a clone of an existing app such as two WhatsApp apps or Facebook apps. Once this is done, users are free to use two different accounts on the cloned apps making it better for those who want to keep the two accounts/profiles separated.

HarmonyOS 2.0 offers a Secondary Menu that makes it easier for users to access certain functions and features without rolling out the primary menu.

You might have seen this particular feature on many UIs, especially from other Chinese OEMs such as Xiaomi. The Real-time Blue Engine uses Gaussian Blur to blur the background when the user is accessing the menu bar. This doesn’t block the background totally but blurs it enough so that you know there’s something in the background but it is difficult to read or even make sense of it.

This feature makes HarmonyOS 2.0 a premium one as there are many uses of Gaussian Blur. One of the uses is privacy as you can roll out the notification panel to blur what’s happening in the background. Plus, it looks pretty good.

Android 11 and 12 have Bubbles while HarmonyOS 2.0 has a mini split-screen feature for messages. The feature triggers when you receive a message and allows you to interact with other apps while continually interacting with background apps. Unlike Bubbles that you can move but can’t multitask, this split-screen window lets you multitask with other apps.

HarmonyOS 2.0 is a fresh update and no doubt it has some refreshments in terms of icons too. The “More” options button has been changed from three vertically stacked dots to four dots on a square minus the lines. There are a few other icons changed with HarmonyOS 2.0. 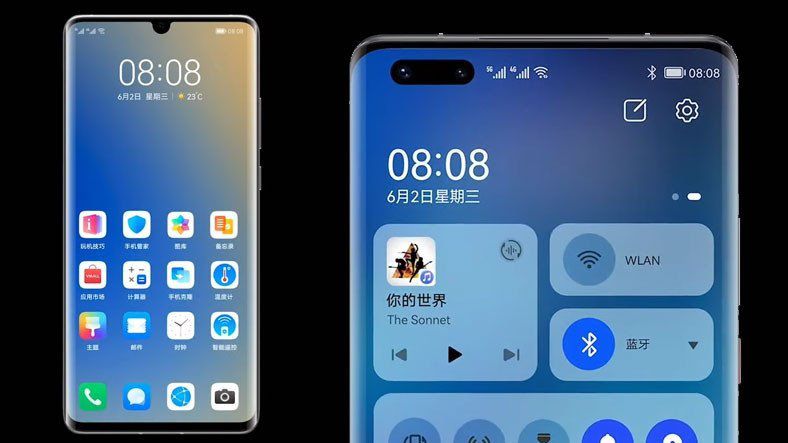 You might have seen cards on your phone in some shape or form. The UI for HarmonyOS 2.0 is heavily inspired by cards and uses it on multiple areas on its user interface. These are box-shaped cards carrying information from photos, videos, posts, etc.

HarmonyOS 2.0 brings a lot on the table. This includes an enhanced voice recognition system using AI audiovisual functionality. The OS brings latency below 10ms, reduces loss of data by 30 percent and a data transmission speed of 2.4Gb/s. The UI sees a new font aka Harmony Sans6 that promises typefaces with rounded curves and adaptable text sizes for different display sizes.

There’s gravity and magnet motion design that uses real-world interactions between objects and mimics it i a cool and vibrant ways on HarmonyOS 2.0. 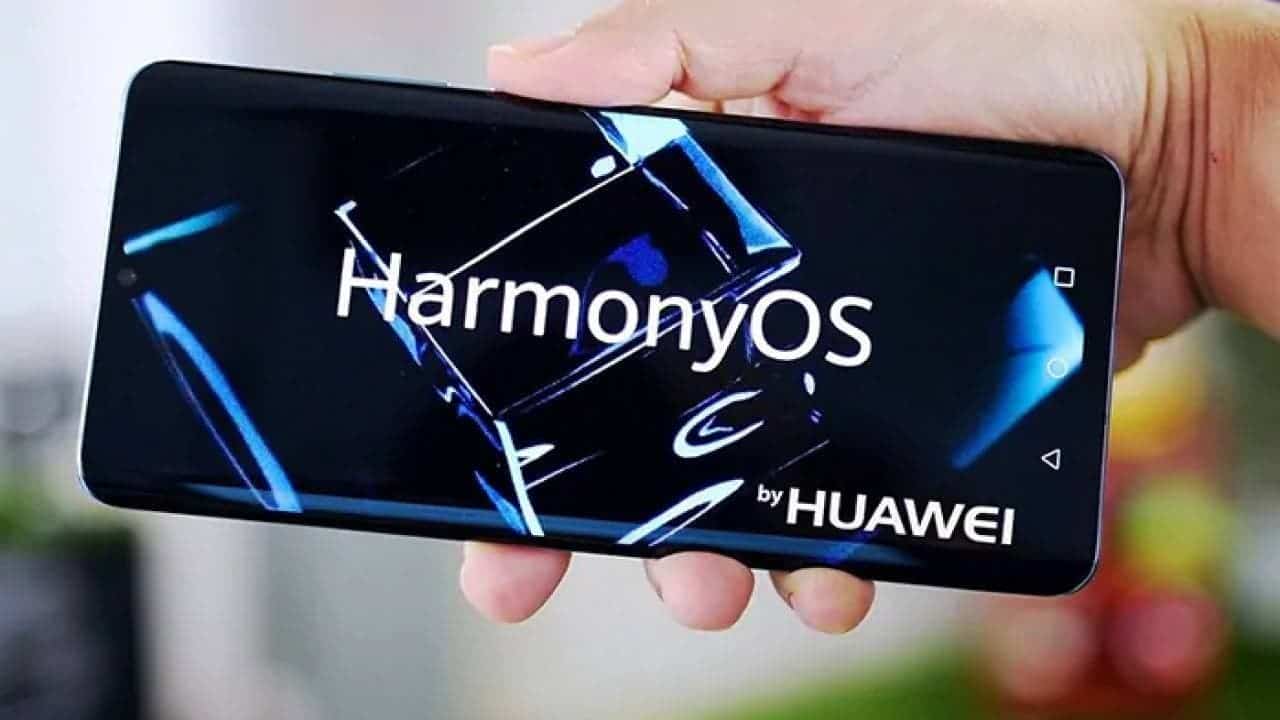 We continually update this section to reflect the list of status of HarmonyOS 2.0 update on the given Huawei smartphones so do have a look. You can browse by series or check out the whole list organically to find information about the one you are looking for.

Well with that, you are all decked up and updated with the information on the HarmonyOS 2.0 supported devices list, features, and downloads. This particular section is continually being updated so do keep an eye on it if you are a Huawei or Honor user with HarmonyOS 2.0.