It’s also worth mentioning that the Huawei Mate 20 Pro EMUI 10 (Android 10) update is still hanging on the beta testing phase. Now, talking about the EMUI 10 Beta, it has some known bugs or stability issues that we’ve also mentioned below and you should have to see that before flashing the firmware. The EMUI 10 features plenty of improvements, newly added features, 3D Touch, Live caption, dark theme, gestures control, app drawer, improved camera UI, quick settings toggle, improved privacy, and a lot more. 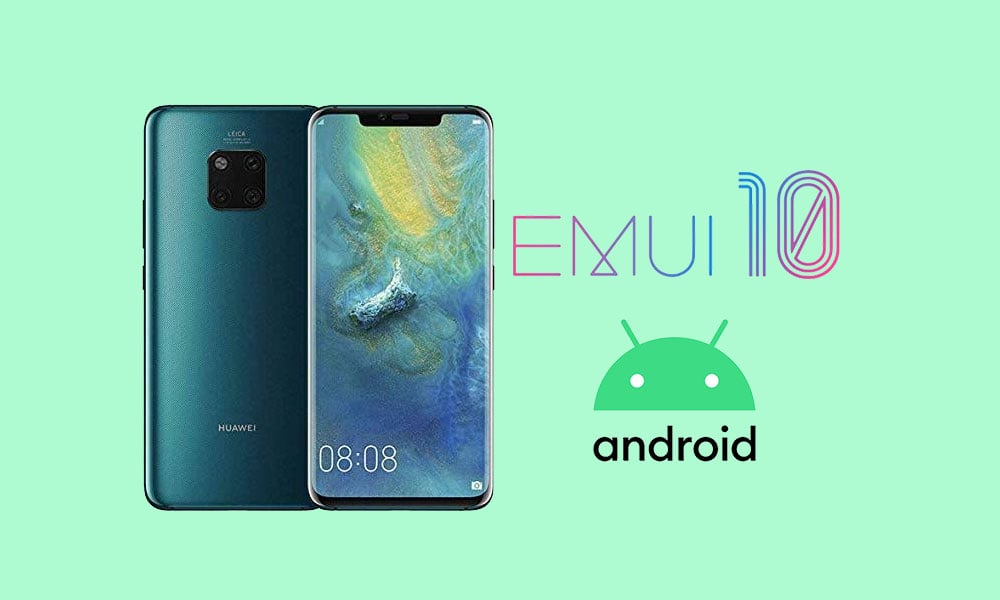 The handset came with a 6.39-inch OLED display with a resolution of 1440×3120 pixels. The display supports HDR10 and covered with Corning Gorilla Glass 5 protection. As we mentioned earlier that the handset runs on Android 9.0 Pie on the top of EMUI 9.1 stable version and currently started receiving the EMUI 10 stable version based on Android 10. It’s powered by the octa-core HiSilicon Kirin 980 SoC, Mali-G76 MP10 GPU.

The device packs the 6GB/8GB of RAM and 128GB/256GB of internal storage which is expandable up to 256GB via a Nano Memory card. It sports a triple rear camera setup that includes a primary 40MP wide (f/1.8), a secondary 8MP telephoto (f/2.4) lens. There is a third 20MP ultrawide (f/2.2) lens with PDAF, Laser AF, OIS, Panorama, HDR, Dual-LED dual-tone flashlight, etc.

In order to check the latest software update on your Huawei Mate 20 Pro device, head over to the Settings -> System -> Software update -> Check for Updates. If an update is available, it will show you the prompt to download it. Proceed and install the update but the update file size will be around more than 4.5GB. Therefore, ensure that your device is connected to a Wi-Fi network and have battery juice more than 60% minimum.

However, some of the Mate 20 series users recently reported that they have received the EMUI 10 based on the Android 10 OTA update via Huawei’s HiCare app.

If your Mate 20 Pro handset doesn’t receive any OTA update yet, then you can manually install the EMUI 10 firmware update file on your device. Let’s take a look at the requirements and downloads below.

After following all the requirements and downloads, you can now follow the firmware installation process on your Huawei Mate 20 Pro.