After going through a few Developer Previews and Beta Phases, the latest iteration of Android is now finally in the stable stage. Available for the public release, you could now install Android 11 onto your devices. As is the case, Pixel devices are among the front runners when it comes to adopting the latest Android upgrades. And this time its no different either. As of now, all the users having any of the Pixel devices, from the Pixel 2 to the latest Pixel 4A, could install the Android 11 on their devices.

Other OEMs’ users shouldn’t be left disappointed as there has been some impressive work done from their end as well. OnePlus, Xiaomi, Realme all have made some considerable progress in this regard and the updates might be around the corners, at least for their flagships. As of now, the latest Android 11 update is live for the Pixel series and we will list out two different methods to install the same onto your device. The first one will be via the OTA update while the second would be through the ADB Sideload Method. But before we list out the steps, let’s check out what the latest Android build has to offer to the masses. 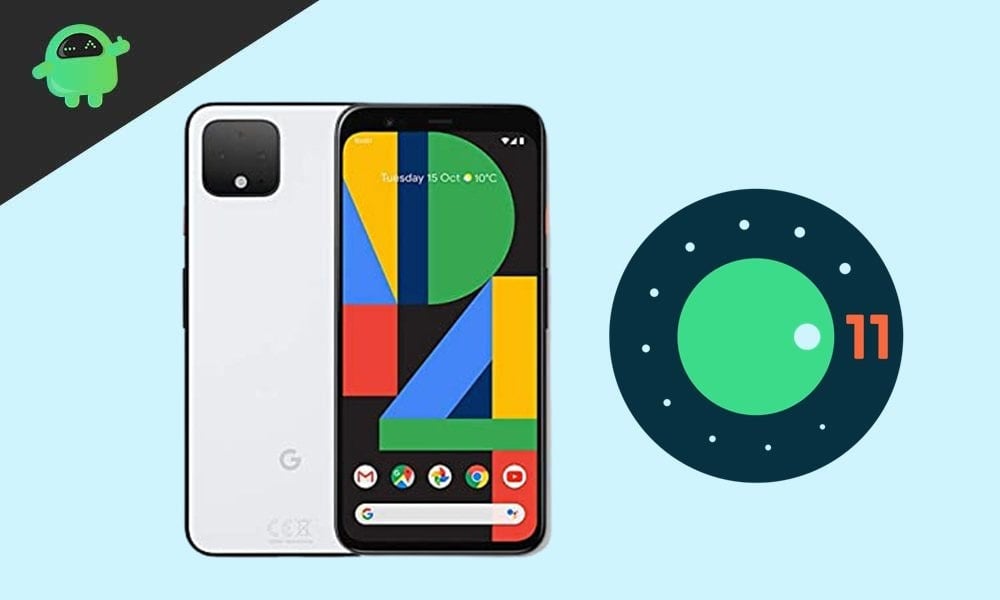 Android upgrades, as of late, have “matured” and you wouldn’t likely to witness many drastic large scale UI changes. But even then, there have been quite a few nifty additions of new features and some improvements to the overall OS. With a major focus on People, Privacy, and Control, here are all the new goodies with the latest Android 11.

With Android 10, Google added the option to allow permission to the app only when you’re using it. However, this has been taken a step further by adding the Only this time option. With this, you are giving the app one-time permission which will be valid only for that session, while you are using the app. Once you have closed the app, the permission will be revoked.

The Notification section on your device might be among the most randomly arranged area, with tons of alerts from various apps all in one place. This more often than not let the end-user missing up some pretty important messages. However, Google has since addressed this issue and has created three separate sections: Conversations, Alerting, and Silent. All your notifications from your Messaging app will be placed inside the separate Conversation tab now. Likewise, you could now even prioritize these notifications based on the sender.

There will now be a small chat overhead in the form of bubbles that could be placed on top of any other app. You could simply tap on it to expand the menu and start the conversation. When done, just re-tap on that bubble and it will be minimized. To close the bubble, just drag it to the bottom of your screen, over to the cross icon. This is similar to what Facebook Messenger has to offer.

While there are a plethora of screen recorder apps available on the Play Store, yet there were always some privacy concerns associated with those apps. Now, you could put all those risks to bed. Google has finally added a native screen recorder functionality to the latest Android 11. You could access it directly from the Quick Settings toggle and tweak some of its settings as well. For example, you could decide on whether it should record your taps, audio, etc.

Media Player has now been moved to the Quick Settings toggle, up from the Notifications section. Likewise, it has also added another useful feature in the form of the playback system. You could tap on it and then select the preferred audio source: phone speaker, BT headphones, wireless earphones, or whatever is within the device range at that instance. Do keep in mind that for these options to appear, you will have to bring down the notification panel to its expanded state.

This is one section that has undergone a massive change. The Power menu, apart from the usual Power related features, has incorporated a contactless transaction menu as well as Smart Home toggles. The former will allow you to add various payment cards via the Google Pay Shortcut. While the latter will allow you to control all your smart home equipment right from your device itself.

There has been a slew of other changes as well. These include the ability to schedule the Dark Mode based on the time of the day (sunrise or sunset) or you could even create a custom schedule. Likewise, you could now also pin your favorite apps to the Share Sheet and Copy texts from the Recent menu’s app overview. Along the same lines, the Screenshot shortcut menu that allows you to directly share the taken screenshot, without the need to go to the gallery app for the said purpose.

So these were some of the noteworthy features in the latest Android build. Let’s now check out the steps to install the Android 11 update onto your Pixel devices.

How to Install Android 11 on Pixel Devices

As mentioned before, we would be discussing two different methods for applying this update-via the OTA update and via ADB Sideload. The following Pixel devices are part of this update: Pixel 2, 2XL, Pixel 3, 3XL, 3a, 3aXL, Pixel 4, 4XL, and 4a. The first generation Pixel devices have already received its quota of three promised Android upgrades and hence aren’t a part of the Android 11 update. With that said, here are the required installation instructions.

This is a pretty straightforward method and doesn’t call for much effort. Just head over to Settings > System > Advanced > System Update and tap on Check for Update. There should be the Android 11 update waiting for your Pixel device. However, if there isn’t any update as of now, then it might be rolling out in batches. In that case, you could either wait for the update to arrive or skip the queue and try out the second method given below.

Before listing out the steps, there are a couple of files that you need to have. Make sure to go through the below requirements section:

That’s it. You may now proceed with the below steps to begin with the installation.

With this, we conclude the guide on how to install Android 11 onto your Pixel devices. What are your views about this latest Android update? Has it managed to incorporate all the required features or you feel it has missed a step or two? Do share your experiences about the same in the comments section below. Rounding off, here are some iPhone Tips and Tricks, PC tips and tricks, and Android Tips and Trick that you should check out as well.