Android “O” is the latest version of the android operating system. Developed by Google, this new android mobile operating system was first released on 21st March 2017 as an alpha quality developer preview. This Android “O” is available for Nexus 5X, Nexus 6P, Nexus Player, Pixel C and Pixel smartphone devices. This first release will be followed by the second preview in May, third in June, fourth in July and a final release in the third quarter of 2k17. Google states the first preview is of alpha quality and the second will be of beta quality. 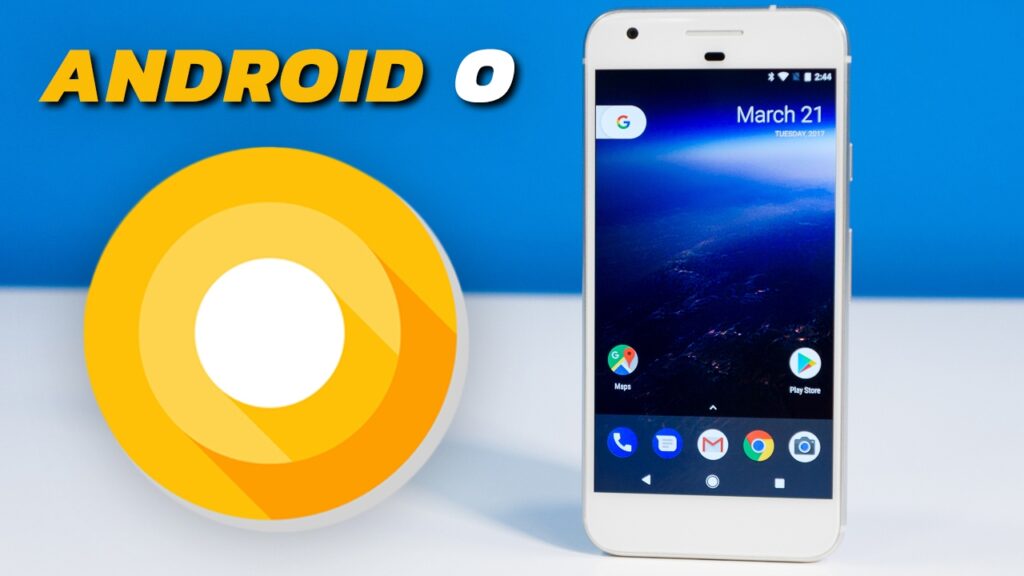 This new version has plenty in store, from revamped looks to under-the-hood improvements

Some of the features of Android O are-

1- Settings menu gets a new look

One of the visual changes which one can see is that of the new look of the settings menu. It is now an all-white background with dark gray texts on it. Also, it is more simplified and made straightforward leading to user-friendly experience.

The file manager is also revamped and now it allows you to easily browse, open and delete files of your choice.

This picture in picture feature will give more space to the users on the screen. They can open two apps simultaneously. So now you can watch YouTube videos while working on the other app.

With this, Google ensures that the Android O will minimize the battery consumption by the background apps. Google claims that once these limits are applied, apps won’t have much impact on the battery.

Now the users can experience app-defined categories for notification content, which means that one can block or change the behavior of the channel individually.

With Android O, the icons can easily adapt to the environment they are in, be it Samsung or LG. The adaptive icon feature will allow developers to integrate their app icons with a device’s existing UI. “You can now create adaptive icons that the system displays in different shapes, based on a mask selected by the device,” Google said in a release on Tuesday.

Now that you have come across some of these amazing features, you should have made your mind to install the new Android O developer preview.

So, let’s see how can you install Android O developer preview on your Pixel or Nexus devices. Follow these steps carefully and gain the best of new features of this latest android-

3- After installing the Android Studio, you need to launch the SDK manager. This will be found in C:\Program Files (x86)\Android\android-sdk. Right-click on ‘SDK Manager‘ and click ‘Run as administrator‘. (Assuming that you’ve installed it with default settings).

4- Now open it and look for ‘Android SDK platform-tools‘, which should be near the top and Google USB Driver, which should be somewhere at the bottom. Install or update these two using buttons on the bottom right and agree to the licenses.

5- Now your PC is ready to go. It’s time to prepare your phone.  Go to Settings -> About phone and locate the Build number. Tap this build number seven times to unlock the developer option in settings.

6- Now go to the main page and select the ‘Developer’ option that would be above ‘About Phone’. Now turn the ‘OEM unlocking’ on to unlock the bootloader.

7- Now scroll down to the ‘USB Debugging‘ and turn it on. This will lead to popping up of a dialog box if your device is already connected to your PC and will ask if you want to trust it. If not connected, you’ll see it later.

8- Connect your phone and PC via USB(if you haven’t already) and open the same folder where you found SDK manager earlier. Here find the ‘platform-tools‘ folder. Holding the shift, right-click on it and select ‘open a command window here‘.

9- Now extract the ZIP file that you downloaded with the Android O image and copy all the contents to the platform tools.

10- Now enter the command ‘add devices‘. See if you can see one device attached or not. If you don’t, then you’ve probably done something wrong. The USB Driver needs to be installed manually or maybe you need to accept the confirmation to trust your PC on your device. Once you see the device listed, you are ready to go to the next step.

12- Now enter the command ‘fastboot OEM unlock‘. This will unlock the bootloader. You may have to confirm this from your device.

13- The last step is to simply enter the command ‘flash all‘. The package will now take care of itself.

If you run into an error in the last step, you need to extract the one ZIP file that you left in platform tools and then enter the following commands to complete installing the Android O developer preview-

As soon as you are done with these steps, the device will boot into the latest experience of Android O.

Have a new experience and explore the best of Android O on your devices!

Tags: Fastboot, How to