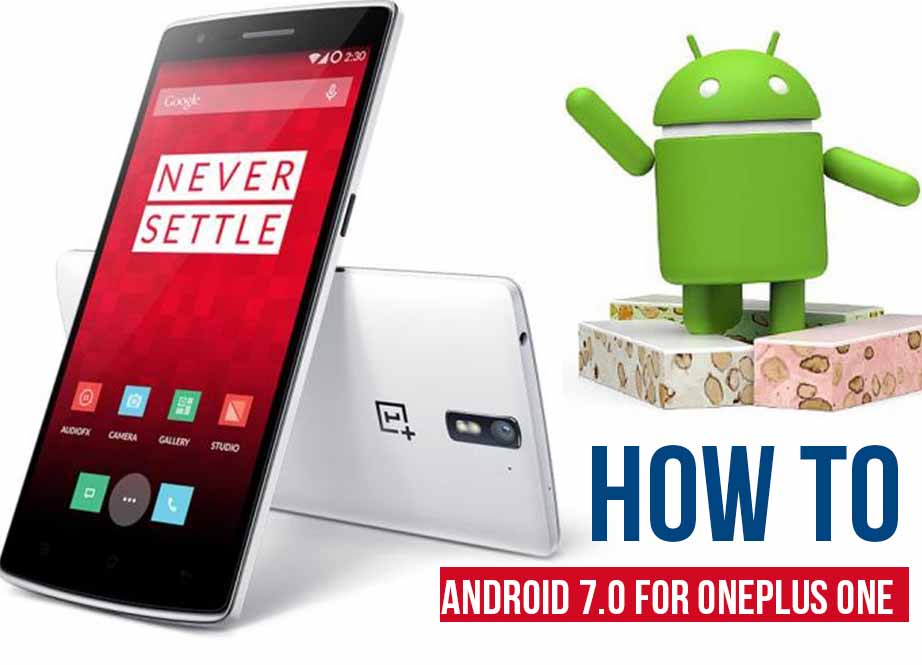 Basic hardware functionality:
Almost everything works, except video hardware encoding, which causes camcorder to fail. HW decoding works though. I didn’t find more hardware failures, but there can be more.
And remember, the proprietary firmwares and blobs are still in the age of Marshmallow, and a system won’t be complete without corresponding firmwares and blobs.

Known bugs:
1. HW disk encryption is likely broken. I reverted some commits to make cryptfs_hw build, but I’m not sure if that works. Do not try it.
2. SELinux is permissive, and init allows service without a SELinux domain to start.
3. GPS may take longer to obtain a position fix. (yes it’s working… sorry for the misunderstanding)
4. Only Launcher2 is included. You may install a new one as you like.
5. No LiveDisplay and gestures except DT2W (DT2W can not be turned off via Settings app for now). Color calibration is possible, see FAQ below.

CHANGELOG OF LATEST BUILD OF ANDROID 7.0 FOR ONEPLUS ONE

Steps for How to Install AOSP Android 7.0 Nougat for OnePlus One